We are ten months into 2020. Democrats have made every aspect of our lives worse. This is quite an accomplishment when you consider how bad this year has been for most Americans. Democratic politicians’ blind hatred for Donald Trump, their disdain for the American people, use of misfortune and death as a bargaining chip, and their shocking plans to discard our economy, values, history, and traditions made a terrible 2020 almost unbearable. That’s before we talk about the fear-mongering, the lockdowns, and the threats of everything from mask fines to imminent death that descended on us from incompetent party hacks who run liberal state and local governments and would never accept the kind of responsibility they accuse Trump of abdicating.

No one who opposed or even dared to question the pronouncements of Democratic Party elites was spared this year. We should be equally unsparing in our assessment of their hate-filled, anti-American politics.

We can never forgive Democrats for 2020. If America votes to hand over power to Joe Biden and his team of tin gods we will never forgive ourselves, either.

These are ten great reasons to never forgive Democrats for 2020

1. Democrats banked their future on hate

Democrats used every opportunity they could dream up to make Americans hate Trump, our institutions, our public safety employees, our values, our economy, and each other. That wasn’t enough, so they resorted to turning a blind eye when far left activists incited a race war in their cities and used the police as an excuse. There had to be a backstory to justify this urban terror. That meant turning America into a racist, amoral, valueless country where no sane person would want to live.

It was all for the sake of one election.

It is plenty obvious to many of us that the real racists are the ones who separate white from black and brown because they see something to gain from exploiting our differences.

2. Democrats used the pandemic to scare us into socialized medicine

COVID-19 was a godsend to Democrats. It even helped promote their race war when the data showed disparities in COVID mortality. They ignored the fact that the health care system allegedly responsible for so many deaths is the system they designed, legislated, and forced on the American people with promises that turned out to be another liberal pack of lies.

The lies just kept coming in the third presidential debate. Joe Biden parroted the same false promises about cutting premiums and costs that we heard in 2010.

Biden also mentioned his public option plan. Socialized medicine is back. It still has enormous appeal for many Democrats who eagerly spread fear about losing our health care coverage the moment the coronavirus struck. Even though many in the party signed on to dump the Affordable Care Act in favor of fully socialized Medicare for All, they still baselessly threatened our health insurance and turned the ACA into something akin to legislative godhood:

The Affordable Care Act has become engrained as a pillar of our health care system over the last 10 years. If the Supreme Court were to strike down the ACA during the COVID-19 pandemic, the United States health care system could immediately collapse.1

Threats about Trump leaving Americans to die from pre-existing conditions and COVID-19 were just more lies, of course. The White House promised the opposite, which is a far cry from Obamacare’s universal coverage and its 30 million uninsured:2

According to the previous Administration, however, only 2.7 percent of such individuals [with pre-existing conditions] actually gained access to health insurance through the ACA, given existing laws and programs already in place to cover them.3

Long before we heard about the coronavirus Kamala Harris and her House and Senate colleagues joined the effort to get rid of the ACA in favor of an even worse idea modeled on Bernie Sanders’ crackpot socialism. They didn’t propose Medicare for All because Trump denied health care to Americans. They did it because they blew it with their first attempt at socialism. Now they want to cover up what they’ve done to suffering Americans with a new health care provider: Washington Democrats who want the power to control us through our hospitals and doctor’s offices.

3. Democrats threaten to destroy the federal balance of power

In a media interview last Sunday Nancy Pelosi talked about the House’s role in overturning bad Supreme Court decisions.4 That won’t be an issue after Democrats pack the court and turn SCOTUS into House of Representatives #2.

Biden doesn’t want to talk about his party’s plan to destroy the federal balance of power. He doesn’t have to. Democrats furious about the constitutionally-mandated Barrett nomination will do everything in their power to ensure that all future legislating from the bench comes from the left.

I’d like to hear someone ask a more important question, though. Were Democrats planning to pack the court anyway?

Of course they were. Justice Ginsburg’s death forced them to admit it.

Would you rather be hungry or starve in the street?

Relief negotiations have dragged on endlessly with Nancy Pelosi absolutely determined to beat down the White House and get every cent her party can tuck into the next massive spending bill.

The speaker assures her colleagues in a letter that a bill might come before the election. She also mentions that:

How the funding is allocated determines how we save lives, livelihoods and the life of our American Democracy.5

What does American democracy have to do with putting food on your table or helping pay the rent? Nothing. That’s why the letter was addressed to “Dear Democratic Colleague” and not “Dear suffering American we let down again.”

Perhaps we are being too harsh with Pelosi. She represents San Francisco and probably thinks misfortune and homelessness are the norm for Americans.

This is not public service. It’s Democratic Party service.

5. Democrats are eager to trade American greatness for wealth and power

I’m no scholar but I can’t think of a single economy that prospered because it transitioned from free market capitalism to socialism. America will not be the first. If Democrats get what they want we will likely be the last to do something this stupid and destructive.

There is nothing good about what our tin pot leftist lawmakers have planned for the world’s greatest economy. There are plenty of great things waiting for these party hacks who live in multi-million dollar estates while telling the American people that socialism is the path to American greatness.

They always forgot to add that it’s all about their greatness, not ours. Everything has a price and we will pay it.

6. Democrats side with China against America 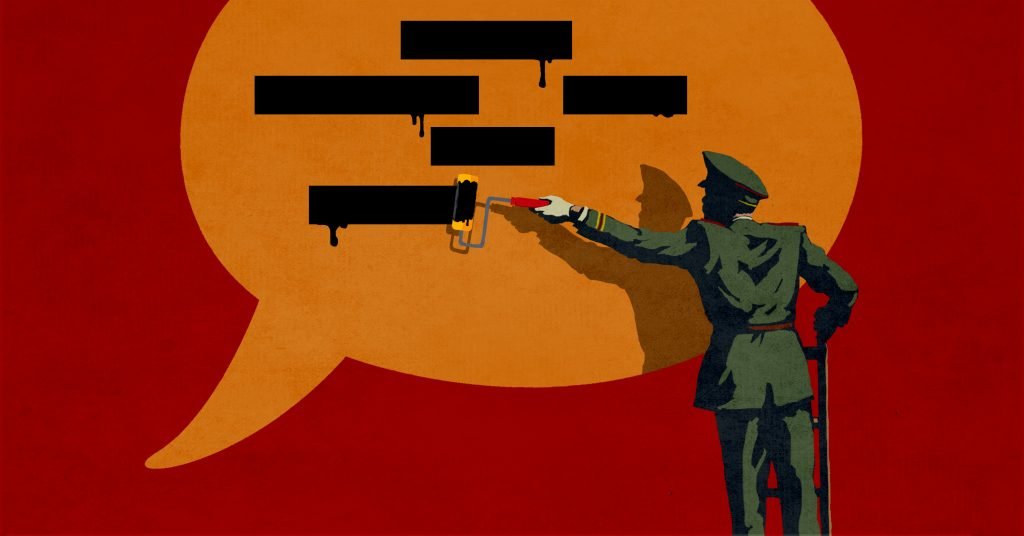 It’s astounding to think that anyone who calls themselves an American would blame our president for COVID-19 mortality, let China off scot-free, and condemn anyone who mentions the “China virus.”

China knows better than to blame China for a virus that killed over a million people. It’s not in their interest. That’s why they don’t do it. Democrats will also spare China and target any American and Donald Trump, in particular, for the merest suggestion that the communist mega power is responsible for killing 222,000 Americans.

China is responsible and they deserve to pay for what they’ve done. Democrats will do everything in their power to make sure that doesn’t happen. Instead, they will continue to blame Donald Trump while they gradually hand over global hegemony to our most threatening competitor.

Members of the Democratic Party permitted urban destruction and race riots while they countered the violence with inflammatory, anti-American rhetoric that would inevitably elicit a response from the far right.

Encouraging extremism from the left encourages pushback from the extreme right. That’s what Democrats want to shore up their lie that Trump supports white supremacy while they turn their backs on their leftist supremacist fringe. In Democratland there is no such thing as leftist domestic terrorism, so this is a pretty safe position to take.

8. They attacked our freedom of religion

Nothing is off the table if it’s anti-Trump. If Christ was resurrected again and offered himself as a Supreme Court justice, Democrats would fault him for his religion if he dared to trespass on any of their sacred legislative cows.

Illinois voters get a chance to vote on our very own “fair tax increase” amendment this year. When you can’t sell a fair tax because it’s unfair what do you do? You misrepresent it. That’s what Democrats did in Illinois while their governor threatened taxpayers with the consequences for not passing his amendment so we can pay more for the Democratic wreckage and ruin that destroyed our state.

10. Democrats pushed for rights for illegal immigrants while they left Americans wanting

Fooled you! When was the last time you heard about immigration? It came up in the third presidential debate, but the black community is in vogue with the liberal left again. Too bad for illegals. Maybe next time.

To be fair to irresponsible liberal lawmakers, there are retroactive relief payments for illegals in Pelosi’s Heroes Act. That’s a good precedent for her party and a terrible precedent for taxpayers that will never go away until a President Joe Biden colludes with congressional Democrats to hand us 11 million new U.S. citizens.

Are 10 reasons to never forgive Democrats enough or do we need more? Let me know!

The party that pledged to restore America’s democracy didn’t waste any time resorting to totalitarianism. The threats are building. Do Trump supporters need to add an extra lock to their doors?

We don’t know whether Joe Biden will lock down the nation or enforce a national mask mandate. It doesn’t really matter. Rest assured that whatever he is contemplating will be relatively benign compared to Chuck Schumer’s deceptive promise to “change America.” That’s the threat to beware.

Progressives created a climate where something as fundamentally anti-American as the Trump Accountability Project (Trumpaccountability.net) and its call to action to “Remember What They Did” can flourish. Threatening the employment of Trump supporters is another new tactic that’s frightening not because it poses a real threat – it does not and businesses will soon regret what progressives will do to the economy – but because it shows that this election was, in fact, about voting in hate. It had nothing to do with democracy because progressives don’t care about democracy. Their goal is to flush out and punish anyone who disagrees with their agenda.

Democracy means agree or be punished

That’s where we stand a little over a week after the election. Democracy means we either embrace radical progressivism or face certain punishment from Democrats.

Democrats are ready to sort the right from the left and punish the right to the farthest reaches of what they can get away with. They will enjoy a lot of latitude once Joe Biden is bullied into stuffing his administration with progressives. That will include a new attorney general to justify what they do.

After this election we no longer need the term “radical progressive” or even “radical Democrat.” They’re all radical now in their zeal to punish Americans for four years of Donald Trump. Thank the Democratic Party for transitioning us from democracy to totalitarianism in one short week. That’s an accomplishment new to our history that we will regret for many years to come.