The battle for what America values isn’t about America and it certainly isn’t about we the people. Even Biden voters probably understand this. The war over what we believe is fought for the benefit of two political parties. We vote for one or the other and the victor decides what’s important for the party first and the American people last.

Author’s note December 28, 2020: President Trump signed the COVID relief bill shortly after this post was published. An update appears at the end of the original post.

So where exactly is that 1,593 page spending bill that Democrats and Republicans colluded on to sell to the nation with the misnomer “COVID relief?”

Nancy Pelosi didn’t waste any time pointing her party’s finger at Russia after reports of a massive cyberattack on the U.S. government. While less partisan minds put the pieces together Pelosi played the blame game. She continued spreading her party’s debunked claim that Donald Trump is responsible for boogeyman Vladimir Putin’s efforts to destroy whatever passes for democracy in Democratland:

Sadly and alarmingly, the Trump Administration has for four years turned a blind eye to Putin’s attacks on our American democracy, including his ongoing efforts to attack our election systems and undermine faith in our democratic institutions.

I received an invitation from my local library to hear a professor talk about how our new president will bridge the divide in our polarized nation. Like COVID-19, there’s a lot of this going around. The Biden presidency is just weeks away.

After four years of warnings about attacks to our democracy we finally know where the real threat comes from. It’s not the allegedly fraud-riddled 2020 Election. That was only a preview. American values face a vicious progressive reckoning they can’t possibly survive if Democrats make good on their vows to create a just, equitable, and ultimately valueless society.

It’s unimaginable to think that Americans are so naïve that we decided to trust everything we value to the oligarchy of Democratic elites who are about to take over Washington. The democracy they swear to protect is not an excuse to target and oppress those who question party mandates, but liberal exclusivity and intolerance split our nation cleanly down the middle.

No holiday is safe from the public health chopping block thanks to a disease that was just a scare story from China a year ago. Kids faced a trick-or-treat-less Halloween. We’re warned that family Thanksgivings will be a death sentence for more than the turkey. 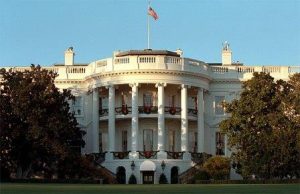