Home » Government Ethics » Dead Americans Are a Tragedy. So is Protecting China.

Nancy Pelosi didn’t waste any time pointing her party’s finger at Russia after reports of a massive cyberattack on the U.S. government. While less partisan minds put the pieces together Pelosi played the blame game. She continued spreading her party’s debunked claim that Donald Trump is responsible for boogeyman Vladimir Putin’s efforts to destroy whatever passes for democracy in Democratland:

Sadly and alarmingly, the Trump Administration has for four years turned a blind eye to Putin’s attacks on our American democracy, including his ongoing efforts to attack our election systems and undermine faith in our democratic institutions.1

Pelosi promises that With Joe Biden and Kamala Harris at the helm:

The era of impunity for our adversaries’ assault on our democracy is over.2

She didn’t mention anything about the socialists in her party who are determined to gain legislative power in Congress.

She didn’t mention China either, but President Trump did when he demanded that we put the American people first:

Speaker Nancy Pelosi called efforts to hold the WHO accountable by withholding its funding “stupid.” Throughout the pandemic, the left has remained conspicuously silent about both the CCP’s culpability and the WHO’s failures. Democrats in Washington prefer to use the Coronavirus as a political weapon, calling for more lockdowns and other policies that hurt American workers.3 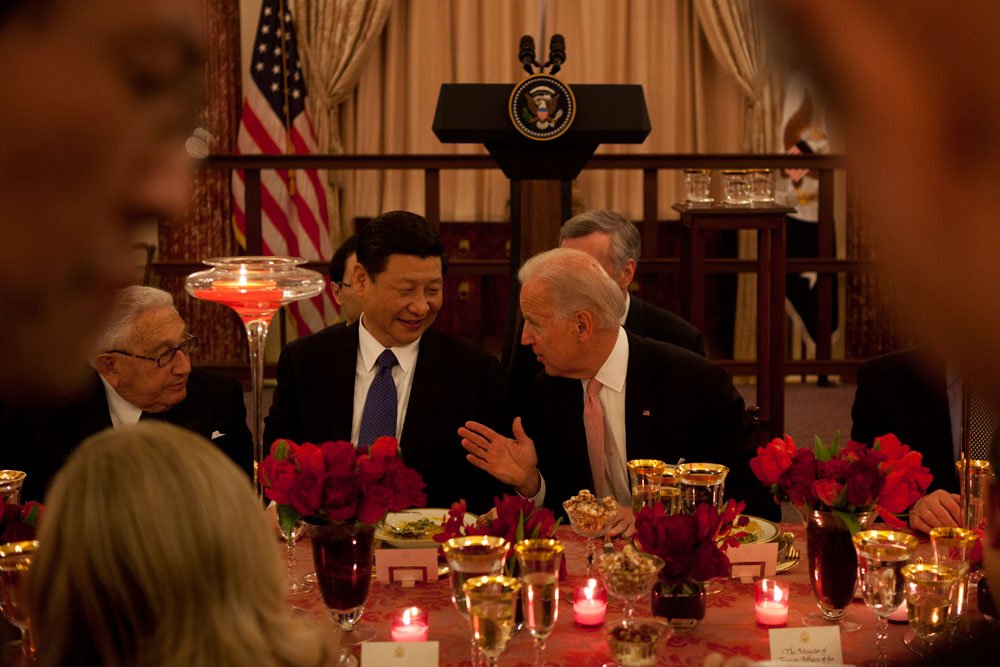 Assault on democracy is a concept. Dead Americans are a fact.

Democracy is just a concept. We can define an assault on our democracy any way we choose whether that means cyber hacking, election fraud, the actions taken by government officials, or the hatred of a political party for the opposition party’s president. Pelosi’s era of impunity will end when Trump is gone and Democrats change their propaganda strategy.

What we can’t deny are 315,000 dead Americans. The number of lives lost to the Wuhan virus gets larger every day. Instead of demanding accountability and more from China, Democrats turned their venom on the American people. We are routinely blamed for surges in case counts and deaths. We are blamed for not following the rules. We suffer lockdowns, stay at home orders, business closures, and threats that if we go to the emergency room with a non-COVID affliction we might not get help because we didn’t listen.

When it comes to the China virus, it’s all America’s fault.

The Democratic Party leadership is all but silent on China’s culpability. They aren’t going after the People’s Republic with the same kind of all-out congressional and media war they still wage against Russia and our departing president. Just the opposite is true. Even suggesting a connection between China and American COVID-19 deaths is condemned by Pelosi’s party. Instead, their cowardice in dealing with our greatest adversary was an opportunity to throw the race card:

Congressman Lieu is working with his colleagues in Congress to stop this xenophobic hate and is pushing back on President Trump’s racist rhetoric of calling COVID-19 the “China Virus” and “Kung Flu.”4

The tone you and your senior staff set for the men and women of the State Department is crucial; U.S. diplomatic credibility abroad must not be compromised by the irresponsible use of the term ‘Wuhan Virus.’ … Calling COVID-19 the ‘Wuhan Virus’ or ‘Chinese Virus’ nurtures this sense of fear and panic, and sows division at the moment where diplomacy and goodwill are most vital,” wrote Senator Cardin.5

I doubt that the Chinese leadership worries much about credibility. China will, however, pay rapt attention to cowardice and a nation that emphasizes goodwill with hundreds of thousands of our people dead.

Words won’t kill us. The Chinese virus will.

So offended are Democrats by any pejorative directed at China’s glaring responsibility for this pandemic that Senators Kamala Harris (D-CA), Tammy Duckworth (D-IL), and Mazie Hirono (D-HI) proposed a resolution demanding that we watch what we say. Most important, we must not fall for “Donald Trump’s inappropriate and racist efforts to ‘rebrand’ this disease.”6

Senator Hirono asked for solidarity on the issue because:

To that end,the resolution “Condemning all forms of anti-Asian sentiment as related to COVID-19:”

This is a pretty broad net for Harris & Co. to throw. Does anti-Asian sentiment include holding the Chinese government responsible for the pandemic?

Hate crimes are illegal, of course, but I can see Democrats pushing for an executive order next year to add the public use of “Chinese virus” and “Wuhan virus” to the list. Protecting China is paramount. Democrats will never admit how badly they misled the American people on Trump and Russia. That makes it easy to let the People’s Republic off the hook. The question is why?

What’s most disturbing is that our incoming vice president ignores her resolution’s promise that:

the health and safety of all Americans, no matter their background, must be the utmost priority;

Our health and our safety are endangered by China. We already have 315,000 dead Americans thanks to a virus that spread worldwide while Xi Jinping and the Chinese Communist Party waged a disinformation campaign that included blaming the U.S. for the pandemic. Despite everything that preceded this massive loss of American lives Democrats stand firm in their conviction that we must watch what we say so that the connection between China and Americans deaths is never drawn.

Leveraging racism and hate crimes for their political value make it easy to ignore the obvious:

As the Chinese coronavirus has ravaged the United States, upending nations in Europe, infecting nearly every single country on the face of the earth, one thing has been noticeably absent from the global conversation: China’s role in spreading this disease.8

That was from Rep. Jason Smith (R-MO) in April 2020. Hundreds of thousands of dead Americans later little has changed. With Wuhan virus enabler Harris and China-entangled Joe Biden in office “China Virus” may be the only satisfaction grieving families will get until Democrats find a way to outlaw these two words so as not offend the dangerous adversary that will undoubtedly be one of the pair’s biggest supporters.