It’s unimaginable to think that Americans are so naïve that we decided to trust everything we value to the oligarchy of Democratic elites who are about to take over Washington. The democracy they swear to protect is not an excuse to target and oppress those who question party mandates, but liberal exclusivity and intolerance split our nation cleanly down the middle. Conservatives are on the losing side.

By now we’ve all seen the pictures of California Governor Gavin Newsom dining in style despite his Thanksgiving COVID crackdown. These images define Democratic elitism. The trappings surrounding the governor and his guests scream oligarchy, as did Nancy Pelosi’s plans for a fancy dinner for incoming lawmakers.1

The message is clear: public servitude has its privileges. The rest of us are here to pay taxes and follow orders.

No one should be surprised. I hope America is offended. Most of us have come to expect this kind of hypocrisy from public officials, but their overreach into our lives this year is historic. Rest assured it will be much worse when our new masters take over in January and the real pain begins.

Biden’s condescending vow to heal the nation is nowhere to be found as he gets ready to take over. There is nothing to heal because the old America we knew is gone. He claims that “America has been knocked down.”2 Now it is time to “Build Back Better.” This means our nation has to be rebuilt from the ground up so it’s finally worth living in.

Accusing America of being a racist nation is a not a good way to start the healing process. That false claim helped win an election. Now it’s part of Biden’s promise to Build Back Better and deal with systemic racism,2 a liberal buzzword that makes all Americans guilty of hate.

Biden contends that minorities and immigrants “have never been welcomed as full participants in the economy.” 3 He perpetuates Democratic Party rhetoric that encourages riots, looting, and violence and sets the stage for this kind of lawlessness to continue as a justifiable reaction to everything wrong with our country. The next unpopular Supreme Court decision, police shooting, or even the undecided Senate races in Georgia are tinderboxes waiting to go off. 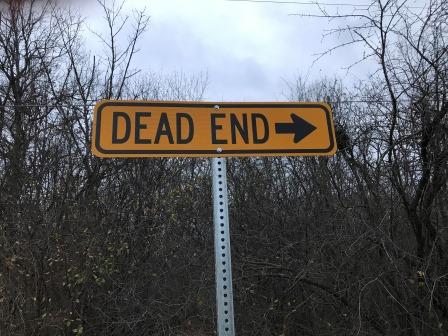 Not one of the elite?
Here’s your future

This will not be a problem for Biden or party elites who will sit back, watch their news feed and ponder how to use any new civil unrest to their advantage. They don’t live and work in the real America where people are threatened and their businesses are destroyed because of a far left political dialogue that urges us to forgive and forget criminal behavior.

Socialism creates an economy for the masses, not the oligarchs

Yes, Biden will embrace socialism but he won’t admit it

The president-elect’s climate change emergency agenda is a disturbing list of how our lives and economy will be impacted if the new administration appeases its radical elements. The goal is “a more resilient, sustainable economy …”4 That sounds a lot like Alexandria Ocasio-Cortez’s threat of a Green New “sustainable 21st century economy,”5 a plan that was co-sponsored by our new vice president.

If you want to see where Biden will take us visit the Democratic Socialists of America website. 6 The Green New Deal, anti-capitalism, Harris-backed Medicare for All, and a picture of Alexandria Ocasio-Cortez outline the Democratic Party’s plans with more honesty and forthrightness than we could ever expect from this incoming administration.

So many countries have ventured down the path we’re embarking on with terrible results that it defies credulity to think voters would choose radical neo-Marxists who promise to deconstruct our economy after years of growth and historic low unemployment. It’s a sad statement that we are willing to throw away what generations have toiled and even died for in exchange for an oligarchy of arrogant, self-interested elites and their dim-witted socialist economics.

Elitism 2021: government by Democrats for Democrats

Democracy means government by and for the people. That’s not what Democrats want. It’s not what they have planned. They purposely confuse the idea of democracy with liberal economic mandates that have nothing to do with representative government.

Nancy Pelosi recently appealed to party members with a promise of ideological inclusivity:

Our Caucus draws strength from the ongoing conversations that we continuously have to build consensus and ensure that the legislation we put forward is respectful of the thinking and values of all Members.7

Considering House losses to the GOP it would seem more important to be respectful of all the American people. Instead, while we suffer through the pandemic and Democrats blame Trump for what their governors are powerless to control the RESPOND Act was introduced to protect government pensions from climate change:

This is how Democratic elites think. They protect what’s theirs first, even if it’s something as ludicrous as shielding their retirement benefits from global warming.

Hypocrisy doesn’t factor into the rhetoric that helped get Democrats elected. After years of attacking Wall Street H.R. 8566 was introduced to examine racial disparities in stock portfolios:

To require the Board of Governors of the Federal Reserve System and the Securities and Exchange Commission to carry out a study on the racial gap in stock ownership, and for other purposes.9

The legislation requires the Federal Reserve to report the percentage of stocks and equity holdings:

among African Americans and any other group less likely to own stocks.10

Have we run out of racial inequity calls to action? Is this the basis for a federal grant of stock ownership in green industries based on skin color? Democrats have worked hard to convince the non-affluent members of their base that Wall Street can’t be trusted. If stock ownership is a problem they should go back to the Obama years and remember who sowed the seeds of distrust in banks and the financial sector.

A just society provides a living wage, safe working conditions, and healthcare. A just society acknowledges the value of immigrants to our communities. A just society guarantees safe, comfortable, and affordable housing. By strengthening our social and economic foundations, we are preparing ourselves to embark on the journey to save our planet by rebuilding our economy and cultivate a just society.11

If you swap “just society” with “the government” you will better understand what this is about. Ocasio-Cortez might be the loudest, but she isn’t the only proponent of pseudo-Marxist stupidity. A handful of Senators proposed the THRIVE Agenda (Transform, Heal, and Renew by Investing in a Vibrant Economy) with a similar wish list to rebuild the nation in their image and that of their radical base of support.

The four members of the Squad and socialist mentor Bernie Sanders support the THRIVE agenda. So does Oregon radical Rep. Pramila Jayapal, who claims that:

There are over 325 million people in America, so there are probably millions who do want the government to take care of them. What the liberal elites calling for an economic revolution don’t tell them is that the revolution is about them and not us.

When a handful of government oligarchs provide everything we need to survive then they also have the power to strangle us if we don’t do what they want. That’s a very bad place for the American people to be in.

I don’t know about you, but I neither need nor want a system that takes care of me. Some Americans do. Sadly, they are precisely the ones who will never prosper no matter how much money Democrats spend to create the illusion of prosperity with mega trillions in government spending.

How many ways can we live in fear? That’s up to our new Democratic oligarchy.

Living in fear is life not worth living. There’s been far too much of that this year. It’s not all about repressing people with threats of a lonely death from COVID-19. Just look at the list of what Democrats want us to be afraid of so they can control our lives and dictate what we should fear.

The poor are told to be afraid of not getting assistance from stonewalling Senate Republicans despite Trump and McConnell’s willingness to deal. Not having a relief bill before the election was more advantageous for the Democratic Party and Pelosi knew it. Meanwhile, the wealthy and especially those who publicly support Trump are threatened by Democrats who will tax away whatever they can until their policy priorities are fully funded.

We are threatened with not having health care if the Affordable Care Act is repealed. Even if the ACA survives a Supreme Court decision we now face incredibly expensive, socialist Medicare for All backed by Kamala Harris. This will be marketed to the masses with the same pack of lies that promised us affordability and savings many years ago.

Conservatives are threatened with not being WOKE enough to not be racist. “Racist” now applies to Republicans in general, all Trump supporters in particular, and everyone else who doesn’t submit to far left values and admit that we are a terrible, hateful people with a despicable history.

We also have to fear those who are so WOKE that free speech becomes an anachronism in the name of social, racial, economic, and political justice. We have every reason to be afraid of being targeted for our political beliefs with threats of job loss, property damage, and violence against our persons, businesses, and families.

The liberal racial gap is a pretty fine line that is constantly in motion. At least we can rely on Democratic elites to tell us when we stumble over it even when that includes American traditions like attending a campaign rally. As the Washington Examiner reports, Congresswoman Ilhan Omar referred to Trump campaign events as “Klan rallies.”13

This should be a stern warning to every American about where our First Amendment rights are headed once this new oligarchy of liberal extremists takes over the government. This has no place in our democracy any more than Omar’s history of anti-Semitic remarks can be justified, but Democrats will defend what they say and do by ignoring the truth while they trash every vestige of what makes this country great.

No matter what members of our new administration tell themselves they have no intention of building America better. They are going to hold every American responsible for the values that got them elected because they will be held accountable to their coalition of extreme special interests. Lawmakers like Ocasio-Cortez, Jayapal, Tlaib, Sanders, and VP-elect Harris are all in for a great ride. Biden is a hapless has-been who was pimped into being a figurehead. He will do the bidding of the extreme left starting on Day One in the Oval Office.

Meanwhile, remember that Washington must not shoulder all the blame for forcing this oligarchy of liberal insanity on the American people. Don’t forget Newsom’s dinner. Remember Chicago Mayor Lori Lightfoot’s maskless celebration of Biden’s victory14 days before she again cracked down on city residents. Remember the cities that let the liberal left attack their businesses. Recall the violence against Trump supporters in Washington last weekend.

This post was about a Democratic oligarchy. Now that I’m at the end it seems more like liberal anarchy. Whichever view you choose, rest assured that the Democrat elites who oversee the mess they are about to make of our country will live very different lives from us. Liberal elitism has its benefits. We should not expect to share in them. Our job is to obey without question.

9“H.R.8566 – To require the Board of Governors of the Federal Reserve System and the Securities and Exchange Commission to carry out a study on the racial gap in stock ownership, and for other purposes.” Congress.gov. Retrieved November 21, 2020.

Author’s note: edited for content and updated after original publish date of November 22, 2020.