What do a nativity scene with Mary, Joseph, and Jesus in cages and the past week on Capitol Hill have in common? They are unmistakable signs that scorched earth politics has gone too far.

What’s happening in Washington started as partisan brinksmanship that turned into an all-out, scorched earth war between left and right. A caged nativity is just a symptom of how the nation mimics the vitriol it hears from Capitol Hill.

The presidency is the very least of what’s at stake. The effort to overturn a valid, Constitutional election because conservative Americans are considered too deplorable to have a say will leave everyone in our nation burned no matter how this liberal farce plays out.

The bad news for Democratic voters is that those most in need who believe what they hear will suffer the most. 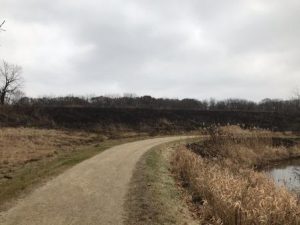 This is the path we’re on now

A fish out of water in liberal California, Republican Rep. Devin Nunes called this power play exactly what it is:

But anyone familiar with the Democrats’ scorched-earth war against President Trump would not be surprised to see all the typical signs that this is just a carefully orchestrated media smear campaign.1

The synergy between the media and congressional Democrats was in full force well before the 2016 election. Barack Obama was a master at planting seeds of dissent that continue to grow long after his departure, though many of us would happily turn back the clock to those days before extremism took over his party.

Trump’s hapless contribution is handing Democrats easy excuses to step up their attacks every time he shoots off his mouth, but grandiloquence from the White House does not excuse what is happening now. We can safely agree that this very public performance from the House and what will follow is not good for the country. It undermines the confidence of our allies in U.S. leadership, questions the validity of our Constitution and elections, and highlights the hypocrisy of a party that hails its go-nowhere passage of the partisan H.R. 1 “For the People Act” as a victory for America.

Democrats accuse Trump of engaging in high crimes and misdemeanors to advance his political career. If this is true, their party should be banned because vacuous nods to democracy aside, the obvious end game of impeachment is to secure the 2020 election and advance the Democratic cause at any cost.

That cost is tremendous. It grows every day as November 3, 2020 draws closer.

Is a scorched political landscape really about the people?

This is the promise:

We will restore dignity to our democracy and give power back to the people—because our leaders should be focused on making sure our government works for everyone.2

That’s a lie, pure and simple. The wealthy aren’t included in “everyone.” Americans who were labeled deplorable by the last Democratic choice for president can’t possibly be included either, so who is the party handing power to?

This hateful anti-conservative power play has nothing to do with power for the people. Democrats view their flock as pathetic low wage workers scrabbling for whatever magnanimous Capitol Hill liberals are generous enough to toss down from their neo-socialist thrones. That puts party leaders and not their people in control.

Over and over again we hear the mantra for this scorched earth political campaign:

Since day one of Donald Trump’s presidency, our members have been on the front lines of this battle to preserve our democracy.3

When Democrats offer a cleverly veiled apology insinuating that they have no choice their words ring hollow:

This is a sad day for America. While impeaching a president is by no means good news for the nation, as elected officials we must uphold our oath to defend our Constitution and preserve our democracy.4

The Constitution is an easy excuse, but House members also take an oath to defend the nation against foreign invaders. Instead, Democrats have a history of inviting them in and then using them against Trump and the American people. That’s how Jesus, Mary, and Joseph wound up in cages at Christmas.

Scorched earth means nothing is off the table, no matter how damaging, ridiculous, or hypocritical as long as a congressional majority exists to give the appearance of legitimacy in hopes that some of it will be believed. 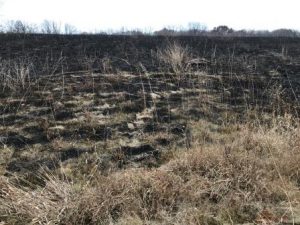 This is where Democrats will lead us

Working people will be the ones who get scorched the worst

Democrats want us to know they are for the people, but their definition of who the people are is limited:

House Democrats are making sure all working people know that somebody has their back.5

As we’ve come to expect, the Democratic response to rising wages and the 266,000 jobs created in November6 is anger. Apparently jobs are bad for working people if they are not created and controlled by the government:

Why are they so unhappy when more Americans are working? Because the economy keeps proving it doesn’t need Democrats. A vibrant private sector takes control of our workforce off the party’s table. Instead of discarding their demands for more jobs when the economy improved, Democrats expanded their recessionary rhetoric by endorsing socialism because the party wants working Americans to fear that they can’t fend for themselves.

That’s another lie, but judging from support for Democratic presidential candidates it’s a lie that is believed by many people even though this economy that works for everyone means Democratic Party control of working class jobs and shifting the terms of employment to one of the party’s biggest supporters:

Unions are critical to increasing wages and addressing income inequality, but special interest-funded attacks on labor laws have eroded union membership. Today, union members earn over 13 percent more than those with similar education, occupation, and experience in a nonunion workplace.8

We have already tried handing over workers to labor unions. That’s why we have teacher strikes that deny education to our kids and the taxpaying parents who fund it.

Presidential candidate Elizabeth Warren calls not backing unions a betrayal of the American worker.9 In truth, this is a Democratic betrayal of workers steered away from self-reliance and into the arms of labor unions that are unfailing supporters of her party. 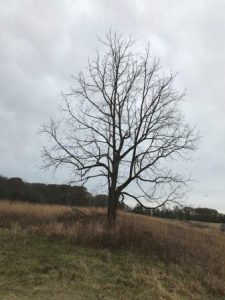 Roadmap for Resistance: do we need another revolution?

America landed solidly on her feet after our first revolution. Do we need another, especially the neo-socialist upheaval party extremists are promoting?

Progressive Democrats talk about “A Roadmap for the Resistance.”10 Spending $2 trillion on a “New Deal for Jobs” when unemployment is at 3.5% is part of the ticket:

Drawing on the legacy of President Franklin Roosevelt’s bold vision and adapting it to a modern context, our 21st Century New Deal for Jobs makes Wall Street, big corporations, and the wealthiest pay their fair share in order to put America back to work.11

Progressives toss around trillion dollar tabs because they believe their own fantasy about limitless cash growing on trees in wealthy backyards. In the real world this may get a Warren or a Biden or even a Bernie Sanders elected, but that’s as far as it goes. The wealthy will still get by if the economy falls to its knees. The workers who put these politicians in office are the ones who will suffer when the private sector economy says no.

Scorched earth politics to the right and tolerance to the left

How did things get so bad that we’re conflicted over what constitutes anti-Semitism? While extremist Democrats push legislation to condemn Israel, the president they are impeaching stood up to enforce Title VI:

Christianity is up for grabs. Democratic politicians spread fear of domestic terror and tell us foreign threats are less significant. The liberal economic dialogue has become so extreme it mimics the multi-year economic plans of mass murderers Mao and Stalin. The rhetoric on jobs is so ridiculous that Democrats demand more for workers while telling us that federal benefits should be expanded and recipients should not be required to work.

Socialists, open-borders advocates, debt junkies, and those who hate America work overtime in Congress and across America to undermine America’s foundational principles and bring America down.13

This is where the Democratic Party’s scorched earth politics will take us if the party prevails. Where something of inestimable value flourished only ruin will remain, beginning with our faith that the outcome of a presidential election actually means something.

2. “Clean up corruption to make Washington work for you.” For the People. https://forthepeople.speaker.gov/learn-more, retrieved December 10, 2019.

9. “Not Working for Workers. How President Trump has betrayed America’s workers and undermined the middle class.” September 2017. https://www.warren.senate.gov/files/documents/Labor_Day_Report_2017.pdf, retrieved December 11, 2019.

Author’s note: this post was revised after the original publish date of December 14, 2019.