Are you tired of hearing over and over that Democrats are out of control? They’ve lost their way? Impeachment is all they care about? The party forgot who and what it stands for? Who cares? All of these things are true, but they miss the most important point. Let’s pretend for just a moment that the impossible happens. Trump is impeached, out, gone from office. Mike Pence takes over. This opens a brand new can of worms for Democrats with only one guarantee when it’s all over: liberals will lose if they get what they want. For openers, how will Democrats explain to their LGBTQ base that dumping Trump put the man in office that liberals attacked for his policies while he was still governor of Indiana?

That’s just the start of their problems. Removing the president will be a never-ending nightmare for Democrats because Trump is just a symbol for what they hate. When he is gone nothing changes. The only thing they will accomplish is to push Americans even farther apart while they continue to deny the fact that the liberal dream of a White House without Donald Trump will be worse for Democrats than what they have now.

Except for one thing.

They won’t have Donald Trump to attack. That’s a big loss and an even bigger mistake. Trump is much more valuable right where he is now. He distracts from the fact that Democrats have devolved into a directionless pack of liberal-pandering politicians who don’t have anything to offer that they can deliver.

The Democratic Party and our liberal media conglomerates wasted nearly three years vilifying this man. What’s left to talk about when it’s all over? Failure. Without Trump, Democrats are a hopeless mess. He gives them direction and purpose. 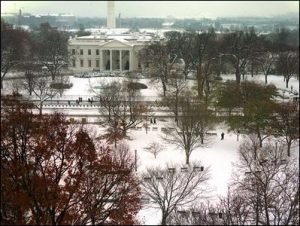 Impeachment will be a cold, desolate failure
White House photo by Paul Morse

Liberals will lose and it will be catastrophic

The simple truth that our Constitution worked and the Electoral College put a Republican in office remains a powerful rallying cry for a liberal America that proves over and over again that it has no respect for the law when it runs counter to trending left wing values. The only recourse short of waiting for the next election is this liberal impeachment circus, but these dogs and ponies aren’t nearly as much fun to watch as Democrats hope they will be.

Sex is entertaining, especially when it involves a sitting president whose tawdry acts are delivered to our doorsteps every morning with the news. We didn’t need to know about Clinton’s cigar, but it left a national memory that will never, ever go away.

Legalese is not fun. Trump’s alleged misdeeds are soul-deadeningly boring. The process that gets us to impeachment will not hold America’s interest no matter how much the press inflates its daily updates. This one is going to turn tiresome and unwatchable very fast, to the point where people who identify as Democrats but can’t understand the extremity of interpretation required to drum up a case to remove Trump will likely stop paying attention and start questioning what else the party is doing for them.

When it’s over, what’s left for liberals? Not much.

Flash forward. The ashes have settled. Trump is gone. Pence is in the Oval Office. Nancy Pelosi is slavering over being the next in line to take over America. Her party is rubbing its hands together trying to figure out how to make it happen.

What did liberals get or more important, not get by removing Trump? Nothing. The prize is just more pain.

1. There won’t be a convenient target for everything liberals hate

Trump doesn’t have a filter between his brain and his mouth. He feeds the liberal Democratic fire more generously than any president in recent memory. That makes it very easy for liberals to hate this man.

When Trump is gone he will still be able to take potshots from the sidelines that are even less restrained than his outbursts are now. Worse, there won’t be anyone in the White House to focus liberal anger, hate, and outrage. Pence is not nearly as good a target. If Democrats try to drum up a reason to get rid of him it will feel like one big broken record.

2. Immigration will be stuck right where it is now: in SCOTUS’ hands

This is the big one, but DACA is in the Supreme Court’s hands, not Trump’s. If liberals lose their case what comes next? Will Democrats shift their attention from dumping the Electoral College to getting rid of SCOTUS?

Without Trump we will still have a problem at the border. The Senate won’t agree to whatever ridiculous pro-illegal immigrant legislation Democrats dream up. Nothing changes except for the possibility that conservatives get a big win that will make the Democratic base even unhappier than they already are.

3. The rich will still be rich and getting richer

Liberals still hope that Donald Trump’s elusive tax returns will focus the nation’s attention on the rich and the taxes they don’t pay. Whether they get their hands on his 1040 or not and whether he is sitting in the Oval Office when it happens, the rich vs. poor argument will be the same as it has been for decades.

Liberal extremism will push for nuclear, socialist, un-American options to strip the rich whether or not there is a change of power at the top. Trump’s presence is irrelevant and remember, he’s not the one who passed the last tax reform bill. Congress did that.

4. Democrats will still be useless to minority communities, the poor, the elderly, children, and everyone else whose interests they champion

There isn’t much explanation required here. Failure and inaction are always the fault of everyone except this party that brings in the votes with promises to defend the less fortunate. Trump or no Trump, the excuses for doing nothing from wealthy liberal politicians will just keep coming.

5. Health care will still be a Democratic disaster

This is big issue #2 after immigration. Trump’s push to end the individual mandate was a success. That’s as far as it got. The ACA and the future of American health care are still in the hands of the House and Senate, not the White House.

Impeachment makes absolutely no difference to our health care system except to remove the man Democrats love to blame for ruining their very expensive recession-era juggernaut even though very little has changed on his watch that will impact most Americans. When Trump is gone we’ll still be paying premiums we can’t afford and Democrats will still be blaming Republicans for not agreeing to an even more destructive government health care fix.

6. There will still be plenty of hate to go around and maybe even more

Democratic Party hatred aside, hate crimes will still be with us after Trump. Worse, impeachment will mobilize the less savory aspects of Trump’s base that Democrats blame for domestic terrorism.

7. Our president will be a conservative martyr

Last but not least, impeaching Trump has a silver lining a mile wide and liberals are not the ones who will benefit.

When it’s over and Trump has packed his bags everything will be the same. The pile of bills at the Senate door will still be there. All the problems that galvanized the liberal Democratic base will still be with us. America will realize that impeachment got us nothing except sympathy for our ex-president from conservatives who are tired of being damned for being Trump’s base.

The only thing Democrats will accomplish is to prove that they can deny voters the right to choose. That’s bad for the party and the political future of American liberalism. I can’t imagine anything more galvanizing than telling tens of millions of conservative voters that their trip to the ballot box in 2016 meant nothing because Democrats have the strength to take away the results of a legal election.

Democrats will lose their remaining credibility and worse, our ex-president will be a political martyr.

Liberals will lose this gambit whether or not it succeeds.

Conservatives owe Adam Schiff encouragement and a debt of gratitude.

There are two ways to do something, a right way and a wrong way. In our democracy the right way to gain power is through our election process. Liberals have no faith in that because it refused to bend to their will in 2016.

The wrong way to take over is what the Democratic Party is doing now. It is taking forever to build a case to remove Trump because there is no credible reason except that Democrats don’t want him to be president. That means splitting hairs, discarding useless rabbit holes like the Mueller Report, and wrangling technicalities and legalese in hopes that popular opinion will get behind them because the Senate will not.

America hates cheaters. What the Democratic Party is doing now is cheating our democratic process.

Impeachment is not a substitute for a presidential election. It is the only way out for a party that has nowhere to go but down.

If the instigators behind this liberal media circus think history will laud them for their actions, they had better think again.

After the tragedy in Santa Clarita, California Speaker Nancy Pelosi hopped on her partisan bandwagon, apparently forgetting that impeachment is the only item on her House’s agenda this fall. The speaker blamed Republicans for daily “horrendous acts of violence and bloodshed”1 and claimed:

We will never rest until our children are safe. No one’s political survival is more important than the survival of our children.2

Pelosi should be politically savvy enough to know that by overseeing House impeachment efforts she has slammed the door shut on any “bipartisan, commonsense gun violence prevention legislation.”3 Whether ultimately successful or not, the push to remove Trump will end next year. The memory of what Democrats are doing will persist much longer.

Democrats and Republicans alike will tell you that what they do is all about the American people and protecting our democratic system of government. The truth is that Capitol Hill politics is all about power, payback, and revenge. When this Democrats-only impeachment charade is over liberals can forget about making any progress on their agenda now and for the foreseeable future.

Image: Morse, Paul. “Winter at the White House.” Retrieved from https://georgewbush-whitehouse.archives.gov/president/winterwonderland/index.html on November 14, 2019.