Home » Illinois » Teachers Are Not Heroes. Taxpayers and Parents Are.

Arne Duncan is long gone from Washington and longer gone from Chicago Public Schools, but even the six figure salaries1 he pushed for while commandeering the Department of Education aren’t good enough for striking Windy City teachers who expect us to believe that their long list of demands is all about the children.

Now Betsy Devos is at the helm. Democrats don’t like her. House Committee on Education and Labor Chairman Bobby Scott (D-VA) recently waved the subpoena flag at Devos over the failure of a line of for-profit colleges.

Teachers are not heroes. The real champions are unions.

Scott lamented the “millions of taxpayer dollars and the lives of thousands of students”2 impacted by the closings. 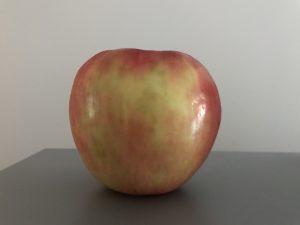 No apple for these hero teachers

While he hopped on the Trump administration subpoena bandwagon, hundreds of thousands of students were not in class in Chicago because the city’s teacher’s union went on strike. While Scott’s party praises teachers as heroes, the real heroes for Democrats are unions:

One year after the Supreme Court discarded four decades of precedent to dismantle the rights of public sector unions, the Public Service Freedom to Negotiate Act would guarantee that public service employees can negotiate for fair wages and working conditions. This bill recognizes that unions are critical to rebuilding America’s middle class.3

In Chicago middle class children are not being educated because teachers want more money. No school for kids that taxpayers have funded is what negotiate means to these heroes and the CTU.

Liberal politics puts teachers on a pedestal that ignores the simple truth that these are employees we pay to do a job. Teachers are not heroes and certainly not superheroes. They choose their career path and have the option to do something else that meets their salary goals if they don’t like how much they are paid. Instead, they accept jobs in Chicago schools and then bow to union demands to refuse to teach our children because the salary and benefits aren’t good enough.

If that’s not enough, our hero teachers insult taxpayers’ intelligence by insisting that shutting down classrooms is for the benefit of the kids.

Don’t believe that the current CTU strike is about anything except money, whether that means more pay for teachers or more staff to bolster union membership. Chicago is strapped for cash. A city budget battle is underway. CTU wants to be first in line for its cut.

Taxpaying parents are the real heroes

When the current teacher’s strike ends, teachers will get more money. That’s how the system works. They will be better off. Kids will have lost days in school. Taxpaying parents will have been denied a public service they pay dearly for and many will lose pay and maybe their jobs because someone had to stay at home with the kids.

That’s why the real heroes of this joint Democratic Party-CTU scam are not teachers. The heroes are the parents who pay taxes and are thrown up against the wall to pay more for education even though state and city finances are already stressed to the breaking point by the ridiculous retirement benefits we hand out to these heroes of the classroom.

Illinois politicians on Capitol Hill back unions, not taxpayers, parents, and children

The crippling taxes that make life in Illinois practically unaffordable make no difference to Democrats. They keep coming back to the trough, hands out, so they can keep on spending. They will always argue that the real problem is top down inequality and not enough money from Springfield. The party’s insistence on allowing unions to weaponize public services will fall on deaf ears in a city run by the same party that believes big labor is the future of the American worker.

Whether it’s Springfield or Capitol Hill, the pandering to big labor never stops no matter the consequences.

Chicago Rep. Mike Quigley laid his party’s cards on the table when the Janus v. AFSCME ruling on union fair share fees was handed down:

As a proud Chicagoan, I understand the important role unions play in rebuilding and strengthening the shrinking middle class. I will continue to partner with my Democratic colleagues to defend unions and support legislative solutions that will guarantee that all public-sector workers have the freedom to stand together and negotiate for fair working conditions. Conservatives must stop attacking workers and start helping to create a system that benefits everyone.4

For those of you who paid your too-high property taxes and are using up vacation or sick days because Chicago’s hero teachers aren’t making enough money, is the system benefiting you?

Teachers are a public service. Unions take that service away. Democrats like Illinois’ far-left Representative Jan Schakowsky encourage them to do it, taxpayers and parents be damned:

I stand with the teachers and school staff currently on strike in the Chicago Public Schools. Every student in Chicago should have reasonable class sizes, and enough social workers, counselors, nurses, case managers and librarians to provide the best learning experience for all students.5

It’s hard to imagine how Schakowsky confuses the “best learning experience” with no school, but that’s how Democrats think and that’s why Chicago’s kids are not in school.

“Taxpayers” and “parents” were left out of her press release. So is the fact that this Democrat-run city is running close to a billion dollar budget deficit.

Bustos: no middle class without unions?

Failed mayoral candidate and Chicago Democratic Congressman Jesus “Chuy” Garcia didn’t give any credit to taxpayers in his pro-union statement,6 either. 17th District Rep. Cheri Bustos went even farther and made an uncomfortable analogy to what is happening to taxpayers when she claimed that unions are the “tip of the spear:”

Unions have always been at the tip of the spear in the fight for better wages, affordable healthcare and safe working conditions. We simply wouldn’t have a middle-class without the work of unions over generations.7

Congresswoman Bustos should refresh her memory on how many Americans work for unions so she can tell constituents the truth. Despite Democratic Party wishes of a union-dominated workforce, the Bureau of Labor Statistics reports that only 10.5% of workers were backed by unions in 2018. Even public sector employees like teachers only claimed a 33.8% union share.

Democrats wrong about taxes, too

When Republicans lightened the tax load, Bustos objected and came up with her own plan for helping Americans put money aside for retirement:

In addition, it [SECURE Act] corrects the damaging consequences the GOP Tax Scam has had on Gold Star families after being hastily passed and raising tax rates on the children of our fallen heroes.8

She could propose that we lift the debt burden of public employee retirement benefits from Illinois taxpayers and let them save those tax dollars for later. Not only will that never happen, we all know that when Democrats have their way taxes only go in one direction.

That’s something Elizabeth Warren won’t say much about aside from her usual punish the rich rhetoric. She made a visit to Chicago last week to show where she stands.

Elizabeth Warren’s self-interested appearance with striking Chicago teachers last week spells trouble for taxpayers. We fall well below unions, LGTBQs, illegal immigrants, and other favorites on the Democratic Party food chain. Taxpayers exist to hand over money so people like presidential hopeful Warren can find ways to spend it to make themselves look good and advance their careers.

If Warren really cared about Chicago’s schoolchildren she could have taught class for a day while teachers roamed the streets. She used to be a law school professor. Isn’t this the sort of thing hero teachers do?

Repeat: teachers are not heroes

Demonstrators like to chant. It’s a simple, mindless thing to do while you’re standing around in your communist-inspired red shirt not working.

Just because they are easy to remember and repeat doesn’t make them true.

Taxpayers and parents are the real heroes

I’m not a parent, but if I paid taxes in the city of Chicago and had to scramble to figure out what to do with my kids while the public employees I pay don’t work I would be angry.

If that scrambling included taking time off from a job with no pay that makes it more difficult to pony up those taxes to support teachers I would be livid.

None of this will matter to Quigley, Scott, Bustos, Schakowsky, Warren, Garcia, Warren, or any of the other pols who are firmly in the grip of America’s labor unions.

Hero teachers share the blame. After all, they are the ones who voted to strike. We are hearing anecdotal accounts of union members worried about how to make ends meet after a few days on the picket line. Given that many of these striking public employees already make more money than the national average, why is it our problem that they don’t have a few dollars saved for when they decide to deny an education to their city’s children?

Shelve the sympathy. Here are some real heroes:

The single working parent with two kids in school who struggles to pay taxes and keep food on the table, doesn’t make a fraction of the close to $100,000 salary teachers rejected, and can’t go to work because the union shut down the schools.

The small business owner who provides jobs, skips her own paycheck, and will be put out of business by the high taxes that support public employees.

The restaurant worker who helps support an elderly parent and won’t be needed because another proposed hike in the city restaurant tax keeps customers away.

Anyone who works hard to pay the bills, keep food on the table, and pay taxes to fund the salaries and enormous retirement benefits of teachers who hold parents, taxpayers, and kids accountable when they refuse to do the job we already pay a lot of money for.

These people are real heroes. Teachers? They are just workers looking for the next big pay raise.

UPDATE November 1, 2019: no heroes in this battle, only winners and losers

In retrospect it’s appropriate that the CTU strike ended on Halloween. The union’s denial of education to Chicago schoolchildren and their taxpaying parents is a scary lesson we should have thought about before we handed unions control of our public schools.

Who won and who lost?

Hero teachers won. They got more money by refusing to teach. Now we don’t have to listen to our educators whine about how a week or two without working puts them out on the street. They seemed comfortable enough marching in it for 11 days, so what’s the difference?

The union won. It got more members and, inexplicably, managed to drum up some support for members who would be fired immediately if they had jobs in the real world.

City Hall won. Now it can go to Springfield and ask for more money so it has someone to blame when city taxes have to go up to appease teachers. It’s fortunate for Chicago Democratic officials that government doesn’t generate any money, unless you consider creative taxes and fees profit. It only takes and spends, which means someone else has to be the big loser.

You know who that is, don’t you?

Edited for clarity after original publish date of October 27, 2019.