Immigration is the biggest thing Democrats have in their 2020 trick bag after they embarrass themselves with their impeachment fiasco. They will use immigration to push policy initiatives ranging from civil rights legislation to expanded federal benefits to health care to student aid. The issue is a liberal treasure trove of giveaways and a source of tremendous political power. That’s why Democrats encourage and promote foreign election interference that comes across our southern border.

Nearly 75% of the U.S. illegal immigrant population comes from Mexico and Central America.1 That means Mexican and Central American citizens who live in the U.S. illegally are a powerful political force despite the fact that they don’t have the right to vote. They wield immense political pressure and offer vast partisan opportunities for politicians who back legislation promising the benefits of being an American and a path to citizenship. 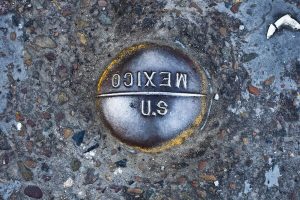 Not chiseled in stone
CBP Photo by Josh Denmark

These benefits include taxpayer-funded health care:

The bill [HEAL Act] would allow all individuals’ immediate eligibility to purchase qualified health insurance coverage, obtain premium tax credits and cost-sharing reductions, and enroll in the Basic Health Program, in accordance with existing income eligibility requirements. This access would be available for everyone, regardless of their documentation or status.2

Food stamps and other benefits are also on the list, which is why Trump’s public charge rule aroused so much outrage: it said no to opening our doors to as much federal aid as possible.

When non-citizens have so much political power that they are central to presidential and congressional elections and can force legislation to provide taxpayer-paid benefits, how can we not consider their influence foreign election interference?

We can’t, but that doesn’t mean we don’t ignore the truth.

Congressman John Sarbanes (D-MD) relied on Snopes to do the talking in response to rumors that H.R. 1 included provisions allowing illegals to vote.5 Regardless of what is tucked inside this pro-Democratic Party election legislation, the idea is not as far-fetched as you might think.

The resolution also disrespects states’ rights, failing to mention that the Constitution allows states and localities to permit non-citizen voting in local elections, a practice that dates to the earliest days of the Republic.6

That resolution passed the House thanks to 230 Republicans. Only 49 House Democrats agreed with this statement in opposition to illegal immigrant voting. 140 voted Nay or Present.

Nadler and his cohorts have staked their claim to impeaching Trump because of foreign interference but they don’t see it or more accurately, refuse to acknowledge it when it benefits their party. When interference from foreigners doesn’t help them it is grounds for impeachment.

Election interference: political power is in the numbers

As an article posted by Congressional Hispanic Caucus member Lou Correa observes, how to deal with these individuals will dominate next year’s election cycle. Democratic caucuses that represent groups with large numbers of immigrants have much to win or lose.7 So does the lucky politician who gets tapped in Milwaukee next year. Whoever that person turns out to be, their plans for making life better for people who have no right to be in the U.S. will be central to their campaign.

U.S. citizenship is the 2020 bargaining chip

Winning in 2020 means leveraging the fear of challenging Latino voters and using the plight of illegal immigrants to promise fundamental changes to our laws.

Millions of illegals and their activists are not a factor America can ignore. This unpleasant fact is not lost on liberal party politics that uses foreign citizens to bully the opposition:

Passing H.R. 6 [American Dream and Promise Act] today sets a significant precedent by the House of Representatives to create a pathway to citizenship for millions. The bill is a historic step forward. Now Senator Mitch McConnell needs to do the right thing for families throughout America and pass this bill in the Senate.8

The mass of individuals who illegally crossed our border with Mexico have obvious political and economic might. Democratic Party members who blame the Trump administration for “chaos, crisis, confusion, corruption and criminal activity”9 court this foreign interference and encourage the political turmoil caused by America’s illegals and the party’s liberal immigration policies.

Over and over again we are forced to reconcile the Democratic slogan that illegals are “Americans in every way” with a reality that includes the nearly $2 million in drugs, including 28 lbs. of cocaine, stopped in just six seizures in the Rio Grande Valley on November 27 and 28, 2019.10

What should we make of House lawmakers who swear to defend the nation against all foreign and domestic enemies while they pursue policies that allow criminals to move freely within the interior of the U.S. and back and forth across the border?

If that’s not bad enough, Democrats provide information to illegal immigrants on how to evade law enforcement. The House Democratic Caucus website explains what to do “If ICE Agents Come to Your Home,” “If You Are Stopped by an ICE Agent On The Street,” “If ICE Agents Come To Your Place of Worship,” and “If You Are Arrested Or Being Detained.”11

Despite the party’s policy of enabling illegal behavior, we continue to tolerate this grant of political power to a massive group that has no right to be in the U.S. but has Democratic candidates in its grasp and taxpayers on the hook.

Our immigration problem is about a lot more than protecting illegals. Democrats have stepped up their attacks to punish those who do not agree with their immigration stance. In a surprising attack on both the private sector and our right to work, members of the Congressional Tri-Caucus* publicly chastised Google for hiring an ex-Homeland Security official:

Your company’s senior leadership has openly denounced Trump’s cruel immigration policies and many of your employees and customers agree with those sentiments. This recent company hire appears to contradict Google’s own moral and ethical values and completely disregards the concerns expressed by many of your employees and customers that value immigrants and human rights.12

This kind of foreign interference is easy to hide

Foreign interference from Mexico and Central America is a lot easier to cover up than what Democrats claim happened in Russia and the Ukraine, especially when it is cloaked in liberal talk of civil rights and racism.

Foreign nationals illegally present should have no voice in our politics and certainly not in our election process. Shaming Americans makes it easy to slip this past us. Democrats can protest immigration enforcement until they turn blue in the face, but the truth they won’t talk about is that they use the problems they encourage to push inflammatory, weaponized and damaging political rhetoric.

U.S. is the only refuge for the Democratic Party’s migrants

When the Trump administration turned to a Safe Third Country Agreement with Guatemala to stem the influx of migrants, Rep. Sylvia Garcia (D-TX) charged:

This agreement is just another racist attempt by this administration to refuse migrants access to asylum. We must fight for those applying for asylum, many who are women and children, and protect them from the dangerous conditions this administration is forcing upon them,” said Congresswoman Sylvia Garcia (TX-29).13

International obligations come before our obligations to the American people who bear the financial burden of caring for illegals, migrants, and asylum-seekers:

Trump is making a mockery of our asylum process and international obligations in his illegal pursuit of the “Safe Third Country” agreement with Guatemala,” said Congressman Raúl M. Grijalva (AZ-03).14

Why all the turmoil over a commonsense solution to a problem both parties admit we can’t control? Because nothing is more important than the Democratic Party’s future. There is no better proof than the battle over adding a citizenship question to the Census, which was bitterly opposed because:

Apportioning seats affects elections, policy, and representation for a decade, so it is crucial that this process be done fairly and correctly. Therefore, an accurate Census is critical, because even a minor miscount can make a difference. The number of seats each state has in the House goes beyond effective representation for that state’s population. It also affects presidential elections because of how states’ votes in the Electoral College are determined.15

For Democrats that means counting illegals is paramount, even though they don’t call it that. It’s not about illegal immigration. It’s about race, as Rep. Ruben Gallego (D-AZ) affirmed:

I am glad the Supreme Court recognized today what has been clear to many Americans for months: the inclusion of a citizenship question on the 2020 Census was a political ploy by the Trump administration to disenfranchise black and brown communities in this country.16

Illegals are the most important voters who don’t vote

With the possible exception of women disenfranchised prior to 1920, illegals are the most influential voting bloc ever in America that has no right to vote. That doesn’t deprive them of political influence. Quite the opposite is true.

The fact that Democrats seize every opportunity to let as many foreign citizens as possible into the country and then promote legislation and candidates to meet their demands is foreign interference pure and simple. This is not the kind of difficult to explain interference we heard about during the Russia investigation. This is in our face, it costs us money, it puts candidates in office, and it’s only going to get worse because we are willing to let it happen.

2. Fact Sheet. “The Health Equity and Access under the Law (HEAL) for Immigrant Women and Families Act of 2019.” https://haaland.house.gov/sites/
haaland.house.gov/files/wysiwyg_uploaded/
FactSheet_HEALAct2019_10152019.pdf, retrieved December 3, 2019.

3. “’Dream and Promise Act’ will for the First Time Include Protections for TPS, DED holders as well as Dreamers.” Greg Stanton. March 12, 2019. https://stanton.house.gov/media/press-releases/stanton-co-sponsors-new-dream-act-create-pathway-citizenship, retrieved December 3, 2019.

10. “Significant seizures in Rio Grande Valley leads to more than $1.9M worth of drugs off the streets.” U.S. Customs and Border Protection. November 27, 2019. https://www.cbp.gov/newsroom/local-media-release/significant-seizures-rio-grande-valley-leads-more-19m-worth-drugs, retrieved December 1, 2019.

Image: Denmark, Josh. “The Line of Demarcation on the U.S.-Mexico Border at San Ysidro, Calif.” Retrieved from https://www.cbp.gov/newsroom/photo-gallery/images-interest# on December 5, 2019.

Edited for clarity after original publish date of December 5, 2019.