24 Democrats have lots to offer in this pre-election year. Their promises will be piled high on your plate before the real theatrics even get started. The stage is set with twin House and Senate bills calling for universal health care and election-stealing changes for the people to “renew Americans’ faith in our democracy.”1

I don’t know about you, but I never lost that faith even though I’ve heard that I should have. Trying to raise the odds of Democratic wins in every election though the legislative process won’t restore anything except more Democrats. That doesn’t sound like American democracy to me.

What we really need to restore is faith in our government. An election won’t do that. The investigation and impeachment-happy aftermath of the last contest only raised our suspicions.

From “you can keep your health plan” to affordable, deficit-reducing costs, the dishonesty of Obamacare is the stuff of political legend. Now we’re ready to fall for another pack of health care lies on a much more massive scale, no thanks to a Republican Party that made a few hollow health care promises of its own.

The sad, cynical fact of the matter is that elections are for selling what the government owes you and coming up with reasons for not delivering.

Don’t blame the candidates for that. It’s who they are and what they do. Blame the people who are persuaded that the government owes us more than just government. 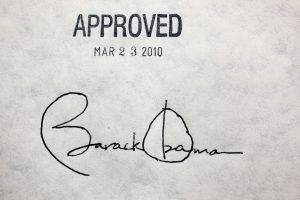 Your government owes you what?

Government owes you very little. Health care, retirement security, a middle class lifestyle, a good job, and Democratic election wins are not on the list.

Consider that good job and ascent to the middle class. They became a commitment during the Obama Great Recession years. Now we’re at 3.6% unemployment. Democratic Party criticism over jobs never stopped and it never will.

Investing for the People? Not with $360 billion, we won’t.

When you see the name “people” on a bill alarms should start to go off.

On April 2, 2019 the House Committee on the Budget laid out the finances behind H.R. 2021, the Investing for the People Act. Committee Chairman John Yarmuth confirmed:

Congress owes the American people a government – and a budget – that works.2

He’s right, but it’s not going to happen and it isn’t what H.R. 2021 is all about. His bill sounds like good, fiscally responsible legislation:

This bill increases discretionary spending limits, modifies the procedures for enforcing the limits, and establishes budget enforcement procedures in the House of Representatives for FY2020.3

Who wouldn’t want that?

When American families enter the picture it starts to sound suspicious:

The Investing for the People Act of 2019 creates stable funding levels over the next two years, allowing us to invest in both defense and non-defense priorities, boost economic development, and provide American families the opportunity to build a better future. By passing this bill now, Congress can fulfill its responsibilities and deliver a government that works better for the American people.4

The H.R. 2021 fact sheet doesn’t say how that spending is going to build those American futures, but it does criticize the president’s 2020 budget plan for being “dishonest.”

Cosponsor Rep. Nita Lowey (D-NY) blames the “senseless austerity”5 of the 2011 Budget Control Act for threatening “huge cuts to investments in America’s working families” and doing “deep damage to our national security.”6 She claims this legislation will:

ensure Congress can meet its obligations to the American people7

By passing the Investing for the People Act, we in the House will be doing our jobs, following regular order, and ensuring we can meet the needs and priorities of our families and communities.8

What the bill really does is raise the discretionary funding limit by $360.8 billion.9 That’s not much of a commitment to American families considering the enormous cost of anything our government undertakes and the tremendous needs of working families Yarmuth’s party keeps talking about.

It is an enormous sum when you consider our $22 trillion national debt, but the more important issue is what exactly our government owes America’s working families. Is Washington responsible for anything more than the meager requirements set forth in the Constitution?

That’s a political question, not a constitutional conundrum.

The unemployment rate is historically low and the economy is rife with opportunity. That means problems have to be created. This is what our flashy, high-stakes elections are all about. Serving the people in the limited manner intended by the founders will be avoided at all costs.

What government owes you depends on who you are

For Democrats it goes without saying that government is meant to serve the working and middle classes and to use the rich for revenue. To that end the party uses its influence to divide the people and dictate a fair standard of living for rich and poor alike.

This is not how government is supposed to work, but many Americans believe it to be fair and true. If they didn’t we wouldn’t have candidates for office winning by turning Americans into public enemies.

There are better places than this to read hackneyed discussions of what the Constitution’s general welfare clause means. Suffice it to say we tend to confuse individual welfare with the general welfare. They are not the same. In fact, Democrats make individual and general welfare exclusive when they segregate the nation into spending-worthy minorities.

It’s safe to say that the general welfare doesn’t mean the success of one political party over another. Neither does it mean the individual welfare of those who fall under the Democratic Party’s protective umbrella of political solicitude.

If Washington cared one cent about the real general welfare we wouldn’t be trillions in debt while thinking up more ways to spend money we don’t have for the sake of political power and influence.

Government owes us better than that.

Nancy Pelosi used the Founding Fathers recently in a wholly irrelevant context. She should have given some consideration to what limited government means and how carefully the founders guarded against the encroaching, all-encompassing bureaucratic tyranny the Speaker’s minions want to entrench once and for all.

Republicans and Democrats agree on one commitment

There are very few things Republicans and Democrats will agree on, but they will certainly agree that your government doesn’t deliver what it owes you. The problem is it will always be the other guy’s fault that it doesn’t happen.

Let’s keep it simple and get down to basics with five things everyone should agree government owes us.

The best part? None of these cost any money.

Our political system is rigged to be dishonest because of the value of power and influence.
That’s how a $360.8 billion spending bill becomes a commitment to America’s families that government doesn’t owe. It’s how mandatory affordable health care became a political win and a disaster we can’t fix.

It’s also why our election campaigns are absurdist sales pitches for the impossible and why members of Congress make sweeping, inflammatory statements with no proof to back them up. When Nancy Pelosi claims that the Trump administration is one of the most corrupt and unethical ever, we are meant to believe it because of who is saying it. The truth is irrelevant.

That’s not honesty. It’s abusing the influence of your position.

Honesty is a simple thing. Government owes us this. We aren’t going to get it. 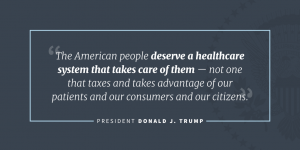 Elizabeth Warren wants to restore integrity to government. That’s a noble cause. Our government doesn’t have much. Bills like her anti-corruption act are one of the reasons. When she talks of restoring power to the people what she really means is restoring Democratic control in Washington because in her uber-left world “the people” is a term synonymous with her party.

There was a time when “the people” meant Americans. Now it only means some Americans and using the power to tax to earn their vote.

Let’s get back to our general welfare. Keeping the American people forever in debt doesn’t provide that.

All government owes us is the simplest framework for economic success. At 3.6% unemployment we have that. Free education, free health care, and guaranteed middle class lifestyles are not the purview of our government. They are symptoms of a political party’s lust for power.

It seems sophomoric to point out that Congress passes laws so it should do its best to try and enforce them. That doesn’t happen. Instead, we fight laws on the books that keep Americans safe.

This goes back to the integrity argument. The party in charge only enforces the laws it passes while it tries to get rid of the ones it disapproves of even if that means trading dead Americans for votes.

This does not mean making sweeping guarantees you can’t live up to knowing that you can pin the blame on someone else.

That’s what happened with Obamacare and the DREAM Act, among other legislative losers. One is an affordable “keep your doctor” disaster and the other is a pipe dream. The fate of Medicare for All will be no different whether or not it becomes law.

This won’t stop candidates from telling the people that government owes us things it does not. It means sacrificing fiscal sanity and the general welfare and turning members of our society into enemies so we can take their money away and use it to score political points and win elections.

The good news is that elections will be less important in the years to come. Investigations will take the place of this fundamental democratic process because they have the power to cripple, abuse, and disrupt, which is a huge advantage for a losing party seeking to regain power.

Who do we have to thank for this? The party that promises government owes us honesty, integrity, and power for the people.

2. “Issue Brief: The Investing for the People Act Moves our Country Forward.” House Committee on the Budget. April 2, 2019. https://budget.house.gov/publications/report/investing-people-act-moves-our-country-forward, retrieved May 16, 2019.

4. “Issue Brief: The Investing for the People Act Moves our Country Forward.” House Committee on the Budget. April 2, 2019. Op. cit.

5. “Lowey Statement on the Investing for the People Act.” Nita Lowey. April 2, 2019. https://lowey.house.gov/media-center/press-releases/lowey-statement-investing-people-act, retrieved May 16, 2019.

8. “Chairman Yarmuth Opening Statement on the Investing for the People Act in House Rules Committee.” House Committee on the Budget. April 8, 2019. https://budget.house.gov/news/press-releases/chairman-yarmuth-opening-statement-investing-people-act-house-rules-committee, retrieved May 16, 2019.

Author’s note: images added and content updated after original publish date of May 18, 2019.