Thanks to Senator Elizabeth Warren we have another good reason to fear what’s happening in our government. As the Democratic Party accepts a growing number of radicals calling for us to strip America’s wealthiest class so the proceeds can be traded for vote-worthy causes, we have to wonder just how far discriminating against the rich will go if Democrats continue to grow in power.

Democrats are in, wealth is out

Last week we heard a newly elected congresswoman from Minnesota* propose that we whack American wealth with a 90% tax rate. Another upstart, New York Rep. Alexandria Ocasio-Cortez* wants a 70% rate so we can spend on the environment.

Arrogance and youthful inexperience make it easy to toss out these kinds of suggestions just like they made it easy for Ocasio-Cortez to pout on camera like a sullen teenager during the State of the Union.

Senator Warren is neither youthful nor inexperienced. She’s experienced enough that she’s thinking of a run for the presidency. That makes her newest proposal all the more frightening.

It’s difficult to tell how many families Warren’s new tax plan targets. Her announcement talks of 130,000 families and 75,000 households. Regardless of who gets hit, the goal is $2.75 trillion.1

That’s far too much money and power for Democrats to wield. 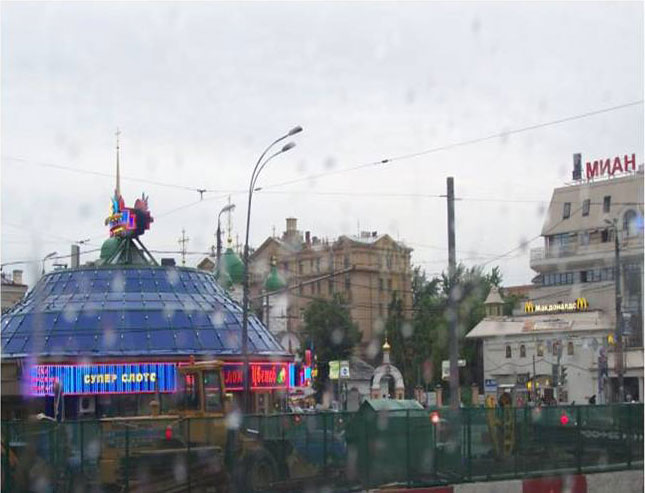 New plan is socialism and not just another millionaire tax

Warren proposes her “Ultra-Millionaire Tax” to address a problem that reeks of the socialism that currently infests her party:

For decades, a small group of families has raked in a massive amount of the wealth American workers have produced, while America’s middle class has been hollowed out. The result is an extreme concentration of wealth not seen in any other leading economy.2

That’s an absolutely terrifying statement because it targets a very specific group of American families and turns them into thieves who should be punished.

It’s also disturbing because the senator implies that it’s wrong for our economy to operate by the rules of free market capitalism. Is her “extreme concentration” an allusion to Karl Marx’s immense accumulation?

Marx is also credited for saying that the oppressed class gets to choose who will oppress them, something the senator should give some thought to while she’s rubbing elbows with her well off Democratic buddies.

With all the talk of white supremacy directed against Trump, Senator Warren seems so focused on getting mileage from harassing a small group of American families and punishing them for their social status that historic parallels to what she is suggesting are missed entirely.

How can a country that boasts respect and tolerance for all embark down a path of hatred for a class that already pays the lion’s share of America’s taxes?

We’re hardly the first country to create a class of enemies because we failed to learn from the horrible mistakes made by others, but 2% and 3% taxes on wealth are not all the ultra-millionaire tax proposes. If the wealthy try to flee the country, they can’t take all of their money with them. That’s where the socialist implication that we don’t own our money really hits home.

Warren bill turns America into a jail for the wealthy

If you’re wealthy and American you can always leave the country when the government turns on you.

Warren’s proposal wants to make sure that families fleeing America can’t jump ship until her party gets its cut. That’s why this scheme includes a 40% “exit tax” if you decide to renounce your citizenship3 and take up residence in a friendlier place.

She offers evidence that the plan is constitutional.4 So is Citizens United, or at least that’s what our highest court says. We don’t see her party backing that.

What’s so disturbing about the Democratic Party pushing an agenda that hates the wealthy is that it’s so easy to segue from words to actions. The only missing element is the power to get the job done. Democrats decry racism and xenophobia, but they are oblivious to the hatred in their words when they talk about the rich and pander to their base with promises to punish those who don’t have the right to keep their money.

Failed socialist presidential contender Bernie Sanders was quick to get his message out after Trump’s State of the Union. In a press release he questioned the accuracy of the president’s remarks and then claimed:

Yes, the economy may be great for these folks, but it is absolutely not booming for the nearly 80 percent of workers who live paycheck to paycheck — hoping that their child doesn’t get sick, their car doesn’t break down or that they don’t lose their job.5

He doesn’t offer any support for that surprising 80% figure, but in a long anti-Trump, anti-wealth diatribe Senator Sanders also attacked the wealthy:

if we are serious about reinvigorating our democracy, let us bring people together to take on and defeat a ruling class whose greed is destroying our nation.6

For support he chose a quote from Dr. Martin Luther King:

Did Sanders and the socialists seizing control of the Democratic Party forget that King also said that hate begets hate?

Rep. Ocasio-Cortez’s “Green New Deal” became an embarrassing part of America’s legislative history yesterday. Media outlets from right and left pant over every word that escapes the representative’s mouth, but anyone capable of reading will understand the absurdity of the unfettered socialism that’s afoot here. The plan purports to guarantee everything from a good job to “high-quality” health care. As of this morning 67 Democrats have cosponsored the plan.

Has the party finally, once and for all lost its mind? Judge for yourself. The text of H.Res. 109 is available on Congress.gov.


*Correction: the 90% tax proposal was originally attributed to a congresswoman from Michigan. Rep. Ilhan Omar, who proposed the tax discussed in the link, is from Minnesota. We regret the error.