States will be holding primary elections over the coming months and we are fast approaching congressional midterms. Elections mean flapping lips, promises made, excuses for promises broken, and words with meanings that only a politician understands.

To help you get through this 2018 campaign season, here are some of the words you will hear and what they mean to political insiders. 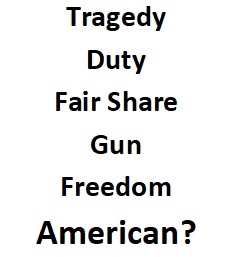 Temporary means something permanent, like a temporary tax increase or a program that we are stuck with no matter what we were told about short-term necessity.

Here is an example in a sentence to show you what temporary really means to a politician:

Gee, I sure wish the temporary DACA amnesty program hadn’t been kicked back to the Ninth Circuit. Now we’re stuck with it forever.

Now every time you hear a stump speech about a temporary program you will know you are going to hear why we need to keep it around forever.

American workers should enjoy the freedom and fundamental right to form a strong union and bargain collectively for better pay, better benefits, and the safest working conditions.1

What kind of freedom are they talking about? The freedom to be forced to pay union wages even if you aren’t a member. Unions and their political hacks like to call this type of freedom “fair share.”

When it comes to words with meanings that come from opposite land, fair share tops the list.

Property tax analysis reveals many homeowners in my District are assessed at a higher property value than they should be. This means they’re paying more than their fair share of the tax burden.2

Rush is right. Many of us in Illinois feel that way about taxes, but more often than not fair share means that Democrats want more money and are pulling out their enemies list:

Even with potential deep cuts to programs families depend on, the [Trump] Administration’s refusal to have the wealthy and corporations pay their fair share means they will need to rely on a full bag of gimmicks, tricks, and fake math to reduce long-term deficits. 3

Fair share also means that if you don’t want to belong to a union you have to pay union dues because you are in a profession owned by big labor. If you want to work you don’t have a choice. It doesn’t sound fair, but according to Congressman Brad Sherman it’s still your fair share:

This [right to work laws] forces unions to use their time and dues from their members to provide benefits to free riders who are exempt from paying their fair share,” Sherman said.4

These workers would probably prefer to put themselves at the mercy of their employers for pay and benefits without unions lending a hand, but plenty of loud voices in Washington don’t think that’s fair. Their idea of fairness is to kill right to work laws and not give workers a choice.

Duty usually refers to something we aren’t going to do without a struggle, like our responsibility to take care of veterans:

It is our duty as a nation to ensure that our service members are properly and respectfully cared for when they return home.5

We still hear about that duty and how it isn’t being met years after President Obama’s VA scandal, but according to Congressman Clay Higgins this isn’t the only responsibility that we set aside:

Many of the problems we face come from the complete failure of the previous administration to enforce existing immigration law. We have a duty as a nation to enforce the law and secure our borders.6

We’re still waiting to find out how that duty works out for us.

It’s a short, simple word but it has two very different meanings. A gun is a tool for killing innocent people or an accessory that everyone should own.

We just got another example of what tragedy means to politicians: opportunity. There is no catastrophe so great that it can’t be stripped of its dignity by polarizing calls for action from lawmakers who still haven’t figured out that the first in line for the microphone show themselves to be the most insensitive and self-serving.

Forget everything you learned in accounting class. Budgets aren’t about balancing what comes in with what goes out. If we can believe Democrats, a budget is how we scam taxpayers out of their money:

All of this [Trump 2019 budget] in order to pay for the GOP’s tax scam that handed trillions of dollars to the wealthy and large corporations. This is the last step in the GOP’s three-step dance to rig the economy in favor of the top 1 percent.7

Budget also means something that can never, ever be balanced.

Think you know what that means? You are wrong. Most of us think it means a citizen, but a growing number of Americans are happy to slap this honor on illegal immigrants.

Rep. Luis Gutierrez shows us just how extreme this position can be:

The image of America deporting fellow Americans is not something this country or the Republican Party want to see unfolding every night on the national and local news.8

I take offense at that. A lot of people proud to call themselves Americans will never understand why, but it certainly shows how words with meanings we thought we understood can be corrupted by what goes on in Washington.

Congress loves to debate. Most of think it means arguing back and forth until you reach a decision. Wrong again. When lawmakers tell us they are going to debate an issue like gun control it means they have already decided to do nothing and will argue in circles until everyone gets bored and they move on to the next thing.

There are two schools of thought on just what an election is.

For voters, an election is when we go to the polls and decide who is the lesser of two evils.

For candidates, an election is a time to make promises that won’t be kept. It’s also an opportunity to do everything humanly possible to shift the focus from issues voters care about and politicians hate like debt and spending or best of all, term limits.

When Nancy Pelosi took over last week her gavel acceptance speech repeatedly fell back on the word “bipartisan.” We’re going to find out what that word means in the coming week and trust me, it won’t have anything to do with bipartisanship.

3. “What to Watch for in Trump’s FY19 Budget.” House Committee on the Budget. Democrats. February 9, 2018. https://democrats-budget.house.gov/news/press-releases/what-watch-trump-s-fy19-budget, retrieved February 28, 2018.


Gutierrez link removed January 5, 2019. The congressman has retired from office.