In a state where everything political is offensive an infamous campaign ad from gubernatorial hopeful Jeanne Ives raised the bar. This is a difficult feat in a state with a history of outrageous campaign spots that often have a tenuous connection to the facts. The truth is there is nothing particularly striking or distasteful about her ad except that it challenges national Democratic Party values the GOP allowed itself to be bullied into accepting.

I didn’t notice anything in Ives’ campaign ad that wasn’t true. Maybe that’s why the anger from people who should be hardened to rough and tumble Illinois politics. Illinois has a history of ignoring the truth, including the harsh reality of its economic demise. Our state has been ruined many times over by bad government and the simple refusal to confront facts.

The responses to this campaign ad were predictable, but the heated response from Illinois Republican Party Chairman Tim Schneider that was posted on the Cook County GOP website was worse than anything in the video. Schneider demanded an apology and charged that Ives’ ad was an attack on Illinois residents.

One could certainly agree that the ad was an attack on Illinois conservatism. The state Republican Party has teetered on the brink of extinction for years and is an ideological non-entity in Cook County and the City of Chicago.

Ives’ ad is honest. Madigan governs. Rauner floundered in his attempts to brush off failures in the face of Democratic intransigence on the issues that will ruin Illinois. The problem for voters is that the governor didn’t run on a failure ticket. He promised to get things done and still vows to bring back power to the people1 even though his inability to do just that is one of the reasons his reelection is under siege. 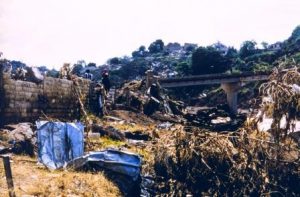 Republicans seem incapable of fighting back against the national trend to silence anything that disagrees with Democratic Party liberalism. Illinois conservatives waited too many years to have a Republican in the governor’s mansion to be presented with bills signed into law that attack fundamentally conservative values and feel like concessions to the left.

Ives proves that by focusing our attention on three new laws.

Genetics aside, I won’t quibble over the rightness or wrongness of HB 1785. The bill allows individuals to change the gender on their birth certificate without undergoing reassignment surgery. In all fairness to Rauner, this is a minor complaint compared to a much more problematic issue that arose while Obama pandered to the LGBT community. Now the Supreme Court will decide whether a small business can be compelled to serve customers it chooses not to. That’s what happens when political opportunism sticks feet in doors that don’t need to be opened.

Anything to do with abortion riles conservatives. Compared to some of the pro-abortion media we’ve seen from left and right. Ives’ swipe at taxpayer funding is pretty tame. She is hardly alone in calling out the governor for signing HB 40. The issue is contentious all the way to the Oval Office. More important is the simple concept that’s easy for taxpayers to forget. When a bill passes we all pay because the money goes into the same pot. When California does something stupid and receives federal money everyone in the nation suffers. The same is true for taxpayers in Illinois who are forced to shell out money whenever Springfield picks and chooses our one size fits all values.

That’s where SB 31, the sanctuary state bill enters the picture.

Perhaps the governor’s most egregious act yet is signing the Illinois Trust Act, the bill that turned Illinois into a sanctuary state. This was a nod to Chicago pure and simple, a city that put Illinois in the national spotlight because of officials’ failure to control gun violence while they lured illegal immigrants and flaunted the city’s refusal to honor ICE detainers. It’s bad enough taxpayers have to fund sanctuary cities in other states at the federal level. Now responsible Illinoisans have to hang our heads in shame because our entire state has vowed to support and protect those who live here in violation of the law.

There’s more, of course, but you’ve heard it before. Illinois’ financial mess, from public pensions to flagrant overspending, is business as usual that just doesn’t have the hot button appeal of issues like LGBT rights, illegal immigration, and abortion funding. Ives’ campaign ad pressed that hot button hard, with predictable results.

Jeanne Ives campaign ad shows just how outrageous the demands of the left have become and how sad it is that conservatives bow our heads, bare our necks, and let it happen.

The offensive and insulting manner in which liberal propaganda portrays the president of the United States makes me think of glass houses. Liberal critics will take great offense at the transgendered character in this political spot. Compared to a comedian who makes a joke of holding up the severed head of Donald Trump, this statement about values and politics in Illinois is unjustifiably well-mannered.

A letter from Ives and a book about Rauner

A letter from Jeanne Ives arrived in my mail last week. It was tucked inside a book about Governor Bruce Rauner written by Chris Cleveland, the Chairman of the Chicago Republican Party. The letter implored me to read the book not later, but TODAY.

I give credit to Ms. Ives for skirting the usual cardboard flyers that infest Illinois mailboxes this time of year. That said, a few footnotes and sources would have been a welcome contribution that would make this anti-Rauner diatribe a little easier to swallow.

The realistic among us who voted for Rauner tempered our hopes with a little blunt reality about how things work in Madigan-controlled Springfield. Both Rauner and Ives have taken to sparring over who is the biggest dupe for the man who runs state government. They should both take the time to stand back and consider how this looks to Republican voters desperate to find a way off the path to devastation that Springfield has chosen for our state.

We need hope. Neither candidate has much to offer.

The primary is just a few days away and sorting truth from lies is an insurmountable task. In the best of all worlds neither of the two front running gubernatorial candidates deserves a single vote. They have successfully managed to gloss over the issues with rabid attack ads that distract our attention from how they plan to fix this state.

Two simple facts are all that matter:

Rauner made an effort to get along in an impossible political climate. He made some big mistakes. Whether or not he had a choice is up for grabs.

Ives is more conservative but in the unlikely event that she wins the nomination and eventually makes it to the governor’s mansion not a single word that comes from her mouth will find its way into a bill. Conservative honesty gets votes and it’s something I respect, but it’s a deal killer in Springfield.

What does that mean for conservative voters?

It means the man who turned us into a sanctuary state is the smart choice. How sad for Illinois.