Home » Illinois » Illinois Primary Candidates, This Is Why I Won’t Vote For You

My phone rang twice in less than an hour on Tuesday night. Both messages were long, loud campaign announcements from the same Illinois primary candidate offering to send someone to my house to put a sign on my lawn. Congratulations, Dr. Shah (Republican, 10th Congressional District). You are the first candidate to assault my evening peace and quiet with a campaign robocall. You are also the first Illinois primary candidate I won’t vote for even though like you, I am a Republican.

Welcome to Illinois primary campaign hell. We are about to drown in leaflets, robocalls, TV spots, yard signs, false accusations, and requests for lots of cash to fund primary candidates’ political careers.

If you live in this state you know primary season is awful. You can’t get away from it. Your television, radio, mailbox, telephone, and as I just found out, front yard are all fair game. 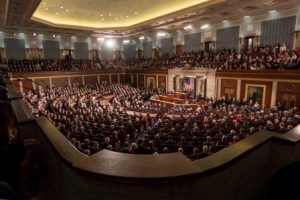 Want to sit here?
Not with my vote you won’t
Official White House Photo by D. Myles Cullen.

Listen up primary candidates: this is why you don’t deserve our votes

The Illinois primary is March 20, 2018. If you are running in this election and especially if you are looking for that coveted seat on Capitol Hill, here are some reasons why I won’t vote for you.

1. You support family values and use yours to get my vote

How many successful politicians can you name who ran on an anti-family platform?

That’s what I thought.

Supporting family values is a mandatory throwaway that means absolutely nothing. It plays well alongside the equally mandatory pictures of candidates’ families displaying the best smiles and whitest teeth money can buy.

I don’t think so. Your values get turned into policy and press releases and they change with the political climate. They automatically become my values because that’s how politics works.

If all Republicans shared my values we wouldn’t be talking an immigration deal in the Senate and the GOP would have done something worthwhile to make my health insurance not only available, but affordable. I thank Republicans for the tax cut, but compared to what I pay in insurance premiums every month that tax bill was a waste of time.

3. You advocate a balanced budget

Thank goodness you aren’t advocating that government spend more, even though we know that’s what’s going to happen no matter what you promise or what party you belong to. Go ahead. Humor us. A handful of voters might be dumb enough to believe you really think balanced budgets are achievable and that the things you want to spend on won’t justify throwing that balanced budget out the window.

4. You aren’t a Washington insider

Too bad for you. Newcomers like Jeremy Wynes (Republican, 10th Congressional District) like to set themselves apart for not being political insiders. Knowing how voters loathe insiders and the swamp, they claim no familiarity with the dirty ways of Washington.

It seems like a good ploy to win votes.

It isn’t, at least not my vote.

If you aren’t an insider you aren’t going to get anything done and your revolutionary ideas for change aren’t going to do anything except bounce around in that space between your ears. That’s not your fault. You’re new to this game, but if the impossible happens and you actually find yourself on Capitol Hill you’ll be an insider before the sun sets.

That’s how we get to the fifth reason I won’t vote for you.

5. You are not a career politician

So you are going to spend a boatload of time and money to get elected, be smeared by your opponents, subject yourself to all manner of scrutiny and outright lies, and you don’t want a career in politics?

You might not be a career politician now, but if things work out we both know that’s where all this is headed. Political office is a good gig. Only a fool would give it up.

No, you won’t. You’ll fight for yourself and your seat whether it’s in Springfield, Washington, or the back office of some godforsaken municipality only you have heard of.

The voters seem important now. Trust me. We won’t seem so important after your first taste of public money. Halfway through your first term you will despise us as little more than a means to political ends.

7. You are against corruption

It’s never a good idea to publicly advocate crime, so this is another no-brainer albeit one that might mean something in Illinois where everyone except politicians are a little sensitive about the issue.

It goes like this, at least for 10th District Congressman Brad Schneider who described the recent “far from perfect bill”1 to fund the government:

For too long Congress has irresponsibly relied on short-term, stopgap spending measures that unnecessarily burden our military and federal agencies. Today, I voted for this agreement to avert another government shutdown and move Congress beyond this self-defeating cycle.”2

The reason it’s “for too long” is because that’s how Congress works. Don’t tell us you’re going to do anything about age-old problems that aren’t really problems but how Washington does business, because our government has been around a lot longer than you.

Just another average, hard-working American looking for a House seat?

If you were just like me you wouldn’t be running for political office. If you win, we won’t have anything remotely in common except for me paying your salary to listen to all the reasons the promises you made were broken.

Of course you do. You haven’t been elected yet, but be patient. Term limits are going to start looking very unappealing. The good news is you don’t have to worry. Most of your colleagues feel the same way you will, secure knowing that no matter what they say term limits are never, ever going to happen.

11. You so much as mention Barack Obama

He’s been out of office for more than a year. How about telling us how you support Trump? Does that make your knees a little shaky?

That’s what I thought.

There are no such things in politics. That’s why Congress is still wasting time on the very same things it wastes time on year after year after year. Government isn’t about solutions. It never has been. Your fresh, new solutions aren’t new and they aren’t fresh, but they might be a threat to the politically entrenched who have a lot more power than you will as a freshman legislator.

You refuse to give me a reason to vote for you

Dr. Shah? Mr. Wynes? I got your fliers in the mail. I wasn’t impressed. Instead of wasting paper hurling accusations at the other guy, give me a list of the ideas that deserve my vote. How’s that for a fresh, new idea?

HINT: trite phrases about wasteful spending and budget cuts aren’t what I’m looking for. They waste my time as much as throwing out your leaflets.

Considering the incredible mess incumbent Democrats have dumped on Illinois voters it shouldn’t be necessary for Republican candidates to not only attack, but to vilify each other.

I get it. This is a primary election, but there are more than enough failures of Democratic Party policy to go around without poisoning the conservative well. Candidates should be able to stake out their territory without turning on their own party. That hasn’t stopped the Rauner-Ives contest from becoming uglier by the moment even though uber 1%er J.B. Pritzker provides more than enough negative fodder for both candidates to feed on and he is only one of their potential rivals.

Whether the race is for a seat on Capitol Hill, a voice in the state legislature, or a desk in the governor’s mansion, handing us incontrovertible proof that the Illinois GOP is just as divided as the conservative bigwigs in Washington only serves short term political goals and believe me, those goals are not the same as yours and mine.

A siren was going off in my house when I came home yesterday. Was I on fire? Were the police after me? Did North Korea finally launch that nuke we’ve been worrying about?

Turns out it was just another campaign robocall, this time sounding an alert about 10th District congressional candidate Doug Bennett. I didn’t bother to listen for whose ad it was. Instead, I questioned the ethics of putting sirens on people’s answering machines in this most nervous of times.

Is this kind of judgment as good as it gets?

I went to the mailbox and another deluge of cardboard election fliers fell at my feet. One caught my eye. It was from 10th District candidate Jeremy Wynes. The front page told voters what he plans to do if he wins. The flip side slammed opponent Sapan Shah. Instead of wasting time fact-checking Wynes’ charges against Shah, I had a quick look at what he plans to do if he gets lucky.

Wynes is going to bring us “explosive economic growth.” He will defeat ISIS, a feat that has confounded our military for years. Maybe he knows something the generals don’t. Best of all, Wynes will protect us poor, beaten down taxpayers from lobbyists. Presumably he means the lobbyists who don’t agree with his views.

The election is Tuesday. I used to vex over my vote. Not anymore. Years of experience taught me that the value is in the duty and the process, not the people we elect. They are, at best, an unfortunate consequence of our democratic obligation.