What is the price tag on injustice to a life? That’s the impossible question 29 Democrats signing on to move slavery reparations forward with H.R. 40 have to answer. By acknowledging blame, issuing a national apology, and compensating black Americans for wrongs that began four centuries ago can we atone for problems we have no way to measure?

A national solution must come from the Federal Government. That means politics will assign a value to wronged lives.

Slavery reparations: can we fix a problem that will never end?

This issue is a bottomless pit for America. If you buy the argument in favor of reparations then you also have to agree that slavery’s legacy will never end. Slavery isn’t something we can apologize or atone for. It’s not something we can make right. We can’t accurately measure the impact in the present day and we can’t fix the past.

There is no responsible argument to deny America’s legacy of discrimination, but that doesn’t mean the reparations issue isn’t smoke and mirrors. The real question won’t be the price tag. It will be how much political power can be wrung from a dialogue on racial hostility that’s behind the argument for national redress and central to almost everything the Democratic Party stands for. 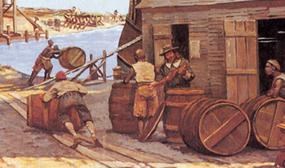 H.R. 40 reparations commission: how much is discrimination worth?

A massive slavery reparations payout can’t right the wrongs of the past. The past is behind us. We can only seek to fix the present.

The bill establishes the Commission to Study and Develop Reparation Proposals for African-Americans to examine slavery and discrimination in the colonies and the United States from 1619 to the present and recommend appropriate remedies.1

Four centuries of wrongs is a lot to compensate for. Any proposal to get the ball rolling will back us into a corner with only two ways out.

Only two options for reparations?

No matter what a reparations commission decides, when it’s over and done with we are left with only two realistic options for moving forward.

The first option is to agree that slavery is over and done with, in which case we can do nothing or agree on an appropriate settlement, make the payments, and close the books.

That’s not going to happen. Our divided country is far from ready to shut down the dialogue about the modern day consequences of America’s peculiar institution.

The second option is to agree that slavery’s damage is ongoing and pervasive. This forces us to come up with a way to atone for something we can’t atone for that will never go away with consequences we can’t calculate and will never agree on.

Given the justifiable anger aroused by slavery this brings us back to the impossible task of slapping a price tag on continuing injustice.

This is where politics will take us. As we’ve already seen from Elizabeth Warren who suggested that Native Americans are also deserving of consideration, this is an opportunity to open the discussion to groups ranging from LGBTs to bullied students to illegal immigrants.

Once we take the first step we can’t go back.

Democratic Party politics will get in the way

Democratic Party politics, not morality will moderate this discussion. When Elizabeth Warren, Kamala Harris, and any other prominent hopefuls tackle the issue for the 2020 election it will be an argument for power and opportunity. Any compensation will be symbolic, a bribe and an afterthought.

Can we put a price tag on black lives?

When Rep. Lee and her cosponsors got behind H.R. 40 they brought slavery into the 21st Century:

In short, the Commission aims to study the impact of slavery and continuing discrimination against African-Americans, resulting directly and indirectly from slavery to segregation to the desegregation process and the present day.2

The proposal seamlessly transitions from past to present:

With the over criminalization and policing of black bodies, a reoccurring issue in African-American communities, I believe this conversation is both relevant and crucial to restoring trust in governmental institutions in many communities.3

That’s the smart way to frame the issue. Obviously no one alive today was wronged hundreds of years ago. Activist groups like The Movement for Black Lives demand “reparations for past and continuing harms.”4 Given the racial divide that America is blamed for perpetuating we can only expect that continuing harms will justify an ongoing solution.

National apology for slavery is impossible

Slavery reparations are talking points. Absent a very large Democratic majority this will never make it through both houses of Congress even if it comes up for a vote.

Does it matter? The idea that we can never atone for what we’ve done will do damage just as pervasive as slavery’s legacy. Political opportunism will only make it worse.

The perception of progress in the black community shifts as much with the political climate as the economy. One indicator, black unemployment, has declined significantly but we will never hear any economic report issued on Trump’s watch that won’t be construed by Democrats as bad news.

A national apology is pointless. Consider the public figures whose pasts have tripped them up and have tried to make amends. It doesn’t work. There is no such thing as an apology in American political life for even a single transgression, much less something as overwhelming as slavery. That doesn’t mean Democrats won’t demand it in advance of 2020. There is a much larger legacy at play here than American history. That legacy means nothing is off limits in our politics, no matter how damaging or destructive to how we view ourselves as a nation.