Four words from Minnesota Rep. Ilhan Omar explain our politics in 2019. It was a tumultuous year for sure, but worse than the unprecedented anger between left and right were the limits the left explored to test the boundaries of our values. It was far too easy to excuse affronts that would have been intolerable before hating President Trump became not only fashionable, but central to the Democratic Party agenda.

Four words that contradict our faith in America 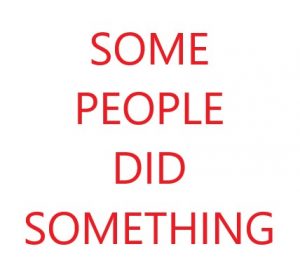 You can probably guess what the four words are: “some people did something.” They defined a year in which politics repeatedly contradicted our faith that the American success story will continue because we share common values that mean something.

Loss of faith in one’s country is a bad thing if you’re not a Democrat. Replacing it with faith in politicians is a stupid thing regardless of who or what you are, but that’s what many Americans are allowing Democrats to do.

How else can we explain the rise of last year’s most divisive political voices like Elizabeth Warren, Alexandria Ocasio-Cortez, and Rashida Tlaib?

Four words to remember were forgiven by politics in 2019

The four famous words uttered during Rep. Omar’s March 23, 2019 speech to the Council on American-Islamic Relations were rightly called out as a slur on 9/11 by Rep. Brian Babin (R-TX):

Throughout my tenure in Congress I have served with Rep. Andre Carson, who is also a practicing Muslim Congress member. He and Rep. Omar are both very liberal and we rarely agree on the major issues of the day. The difference between him and Rep. Omar is that every week she manages to sow discord with half-baked and offensive commentary. It is very disturbing to me that a Member of Congress would diminish one of the greatest tragedies our country has ever seen and insult the victims and the families of those whose lives were changed forever on that day.1

Babin warned of the danger of 9/11 being “papered over with generic words that downplay the significance of the attack on America.”2 Education Secretary Betsy DeVos echoed his warning:

I recently had a revealing conversation with FBI Director Wray. He told me that many incoming FBI agents are so young, they don’t really know what happened on September 11, 2001. “Some people did something,” we’ve heard it said.

Well, we know that those who fail to learn from history are doomed to repeat it. 3 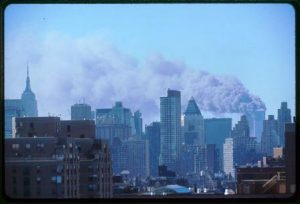 In our gone and forgotten instant news society 2001 must seem like ancient history to many, especially those who are too young to remember the horror of the first breaking news announcement on that Tuesday morning. Sadly, the distance of years will make it easier to reinterpret, redefine, and even whitewash the attack on America out of ignorance and opportunism.

Perhaps that’s what made it so easy for the left to forgive the freshman representative’s words.

To put this support for Omar in perspective, consider how often comments from public figures unpopular with the left are used to remove them from office or their jobs. 2019 showed over and again how nothing is off limits from the left. Omar, fellow squad members, and their Democratic Party colleagues proved that anything they say will be justified by their party no matter how offensive. Even America’s long-time friend and ally Israel came under fire as part of a far left agenda that many consider anti-Semitic.

Congresswoman Pramila Jayapal added to the acrimony. It’s difficult to tell who the real target is:

I am outraged to see the Israeli government push forward with racist, xenophobic policies that put a two-state solution further and further out of reach. Through disastrous policies like withdrawing from the Iran nuclear agreement and sanctioning Israeli settlements in the West Bank, President Trump continues to systematically erode our moral standing and encourage his right-wing allies in Israel to violate the basic human rights of Palestinians.4

There was much less of a question after Tlaib and Omar were denied entry to Israel in August 2019. The not welcome here reception should not have been a surprise to anyone given their support of Omar’s H.Res. 496 and the pro-Palestinian Boycott, Divestment, and Sanctions (BDS) movement. This legislative swipe at our ally was so off limits that H.Res. 246 “Opposing efforts to delegitimize the State of Israel” was introduced on July 17, 2019 with 351 cosponsors split evenly between Democrats and Republicans. The pro-Palestinian resolution only received backing from 18 backing the pro-Palestinian resolution.

Despite the show of support, Israel’s move was greeted with anger by Democrats. Perhaps their open borders immigration agenda led them to believe that all countries accept anyone who comes knocking no matter what their intentions are. As with most political events in 2019, this was also turned into a racist act by our president.

How much of this can America tolerate? We still haven’t hit bottom.

2019 tested the boundaries of tolerance

Testing the boundaries of tolerance was an essential part of far-left politics in 2019. So was simple, mindless repetition of select hot button words and phrases to turn the public against Trump without having to think too hard about what they were endorsing.

Democrats repeatedly harangued the nation about Trump’s racism, his racist behavior, racist policies, white nationalist backing, his crimes, race-baiting, and encouragement of hate crimes. Everything Trump said or did was twisted and deemed racist. According to Congressman Mark Takano (D-CA) even spending money on Homeland Security was a racist Trump move:

I voted against the Department of Homeland Security funding bill because I refuse to be complicit in funding President Trump’s racist anti-immigrant agenda and aiding his cruel mass deportation and detention efforts.5

While they hated Trump more than ever throughout 2019, Democrats also showed the nation that veiled anti-Americanism is more acceptable than ever. No strangers to hypocrisy, they charged the president with inviting foreign election interference while extremist party members dabbled in their own brand of foreign political intrusion. Support of migrants and illegals continued to be an issue central to the future of the increasingly wayward Democratic Party in anticipation of the 2020 election.

Nearly 3,000 Americans perished because “some people did something.” Democrats quickly forgave Omar for these four words just like they forgave the congresswoman and Squad pal Rashida Tlaib (D-MI) for their anti-Israel remarks and proposed resolution while joyfully bashing Trump for turning his back on our Kurdish allies in Syria.

all of us were starting to lose access to our civil liberties.6

That’s not strictly true whether “all of us” means Muslim Americans, native-born citizens, any of our many religious or ethnic groups, or immigrants with a legal right to be in the United States. The truth is that the September 11 attack on American soil was unprecedented and our government had no choice but to tighten security. Does anyone remember that we allowed the terrorists into the country and that U.S. flight schools helped train the hijackers?

Thanks to the left’s stronger than ever media backing civil liberties issues stayed front and center throughout 2019 and continued to be manipulated long after Omar’s suspicious 9/11 reference was swept under the gaudy liberal carpet.

Confusing the issue? Politics in 2019 was all about whitewashing the truth

It’s easy to help the public draw false or misleading conclusions. This is how it’s done:

But just as Al Capone was sentenced to prison for only one of his violations, we can and must impeach the President on this violation alone.7

Trump = Al Capone? 2019 brought charges of high crimes and very little proof. Nevertheless, the dialogue became increasingly offensive and included the scantily veiled anti-Trump obscenity offered up by Squad member Rashida Tlaib (D-MI). Democrats didn’t have a problem with that. It’s probably what most of them were thinking anyway, but only Tlaib had the temerity to commit a gutter reference like “M-F%*$er” to our political history.

Politics in 2019 was all about protecting our democracy because America didn’t do what Democrats demanded in 2016.

Protecting our democracy meant impeaching Trump first and foremost, but impeachment is just a detail. The damage was done in the backstory to every significant political development whether it was mistreating the uninvited migrants lured to the U.S. by Democrats or urging socialism as a solution to Republican-created wealth inequality.

In the midst of this uproar do I believe it was Rep. Omar’s intention to besmirch our national tragedy? No, I don’t. What I do believe is that politics in 2019 was so toxic and hateful that it made it very easy for extremists to engage in damaging, destructive speech without giving thought to the impact of their words. Politics led Democrats to condemn without information and convinced them that the means, no matter how damaging, justify political ends.

House consent for Trump to do anything more complex than tying his shoes is off the table, so when the president decided to take matters into his own hands and remove a troublemaking Iranian general once and for all. Howls from Democrats were immediate.

That’s to be expected, but the deed is done. Dead is dead. There is no going back.

What’s infinitely more disturbing than what Trump did is hearing statements from opposition Democrats who admit the violence and loss of life perpetrated by Suleiman but object to the White House decision to get rid of him.

General Suleiman’s forces are responsible for hundreds of American deaths.8

Then she follows up with this:

President Trump’s decision to kill Iranian General Qassim Suleiman is a dangerous escalation between the United States and Iran.9

Yesterday Speaker Nancy Pelosi called for a “bonafide de-escalatory strategy that prevents further violence.”10 Whatever that is supposed to mean, fellow Democrats echoed her non-violence stance while they confirmed the blood on Suleiman’s hands.

Qasem Soleimani was unquestionably an evil man with the blood of countless American servicemembers and innocent civilians on his hands.11

We can have no illusions as to the threats posed by the Iranian Quds Force or the atrocities perpetrated by Qasem Soleimani. However, President Trump’s ordering of Soleimani’s assassination is an escalation that threatens the lives of thousands of Americans …12

When American lives are at risk or outright lost, we respond because we have faith in our country and its determination to defend our people. We don’t respond by pacifying bad actors. We don’t negotiate with terrorists. We don’t show fear when threatened.

Fear is what House Democrats are eagerly communicating to Iran and the world. At least Rose McGowan’s instantly infamous “Please do not kill us” tweet was honest. It’s what Democrats are thinking but don’t have the courage to say. Now we have four new words from the left to start the New Year.

We just got the news. Iran made good on its threat. Missiles were fired. Now we wait. Trump will respond. It’s just a matter of how and when. In the meantime he offered us three words that shows he means what he says: “now he’s dead.”

Democrats had plenty of time to get their own words out to the world: Trump overstepped his bounds when he took out Soleimani and the House will stop him from abusing his power. There was no abject, McGowanesque apology from Democrats, but I’m sure the Iranian leadership got the message. They’ve been around long enough to know weakness when they hear it.

They heard no such talk from America’s president. They aren’t going to. Now we wait.

Author’s note: post originally stated that Tlaib and Omar were barred in July 2019. The controversy spanned July and August 2019.