Are we about to exceed our quota of denial about how safe we are, thanks to America’s newest terror attack? Barack Obama’s statement that he confronts the threat of terrorism every morning1 isn’t quite the same as proving he did something about it. We can’t fault him for trying to deflect some of our worry away from the bureaucrats he charges with protecting us, but he doesn’t deserve any credit for limiting our options by shielding the religion chiefly responsible for terror.

Whether you blame Obama or not, our security problem and the world’s Islamic problem both need to be dealt with.

We can’t address one and ignore the other. 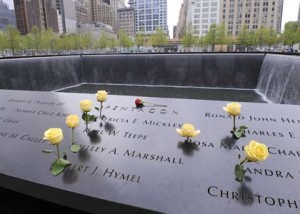 We learned some very hard lessons from the September 11 attacks that haven’t changed much between 2001 and last week’s tragically harsh reminder. What is the most important terror attack lesson of all?

We need to know who is entering this country and why. No exceptions.

The glacial speed of government operations, dangerous political agendas, and proven improbability that Congress, the president, and his Cabinet will guard our country as carefully as we would like have given us new reasons to forget what we can’t afford not to remember.

This is the holiday season, but there’s isn’t enough to be joyful about in the visa waiver bill just passed by the House. Besides, what is contained in the legislation is common sense. It shouldn’t have required a terror attack and fourteen deaths to get it done.

We are used to measures being passed by only one of our legislative bodies, so there was no reason for fanfare after the announcement that Paul Ryan’s House stepped up to the plate, even with the surprising amount of Democratic support.

Whether or not the bill is good, it isn’t law.

A bill that hasn’t been approved and doesn’t go far enough may be more about keeping congressional jobs secure, but Speaker Ryan still trotted out the increasingly popular “Keeping the American people safe”2 stamp of approval.

A country that wants to prevent “foreign terrorists from reaching our shores”3 should put on a better display of doing it. Of the four countries we are most worried about, we bailed from one because of an Obama campaign promise and just cut a nuclear deal with another.

Shouldn’t we be scrutinizing everyone and everything that comes and goes instead of limiting our options?

Not all Democrats embraced the visa crackdown effort. Objectors including Michigan Congressman John Conyers still felt entitled to use the “keep American people safe” label5 while releasing a statement charging that:

However, we voted against the H.R. 158 today because we are concerned that the provisions in the legislation restricting the use of the visa waiver program to individuals who have travelled to Syria or Iraq or are dual nationals of these or other covered nations are discriminatory.6

As reported by The Hill, thirty-three Democrats joined Conyers in a letter to Mitch McConnell suggesting that we needed the “full benefit of committee hearings or markups”7 charging that the legislation would “disqualify specific populations of people from long standing immigration practices.”8

Long-standing practices governing who comes to America and why are a big part of the problem. So is bureaucracy and partisan hair-splitting.

When we heard the bill was backed by both parties we knew it was too good to be true. Even if the visa waiver provisions become law, given the emphasis on electronic information-sharing foreign travelers can rest easy knowing that something we are repeatedly warned is leaking at the seams is not going to be fixed.

After all, information sharing didn’t help prevent the terror attack in Boston, did it?

Even while Republicans were rolling up their sleeves to join ranks with Democrats in turning on Donald Trump, another GAO report rolled out questioning our process for admitting asylum seekers. We already know that heightening security puts stress on government resources, but how many of us knew that the high-tech electronic systems we thought we were relying on haven’t stopped USCIS from falling back on paper and “labor-intensive methods”9 rather than the sophisticated technology we keep hearing about?

…USCIS’s capability to identify patterns of fraud across asylum applications is hindered because USCIS relies on a paper-based system for asylum applications and does not electronically capture some key information that could be used to detect fraud, such as the applicant’s written statement.10

How many file clerks will it take to keep America safe? A lot, if they are combing over applications and data records. Besides, we have already been warned that the agency that will be screening Syrian refugees is overtasked:

The Department of Homeland Security (DHS) and its immigration components-CBP, ICE, and USCIS-are responsible for enforcing the nation’s immigration laws. Due to limited resources, DHS and its Components cannot respond to all immigration violations or remove all persons illegally in the United States.11

Perhaps we should do something that makes more sense, given that we can quickly narrow down who we are looking to be safe from.

Is profiling the only way to tackle our security problems?

In the past few weeks though, we’ve heard an awful lot of people suggest that the best way to keep America safe is to prevent any Syrian refugee from gaining asylum in the United States.13

To turn them away and say there is no way you can ever get here would play right into the terrorists’ hands.14

If you were trying to prevent the next terror attack who would you be more worried about, an Irish Catholic who had visited Syria in the past five years or a Muslim newly arrived from Syria?

If the consequences of bungling America’s security weren’t so overwhelming, we could all have a good laugh about the foolishness of addressing what from all appearances is a national political emergency while trying not to otherwise intrude, offend, or ruffle the feathers of those we are most worried about. Were we not so hysterical to impress on the world and each other that our political history demands we take chances no sane person would consider, we would have taken Donald Trump’s suggestion on restricting who comes here for what it is: common sense.

We learned some very, very serious lessons about terror attacks after September 11.

Why are we so determined to ignore them?