The flu epidemic isn’t very glamorous. It’s difficult to get political traction from an equal opportunity disease that kills children, the fit, and the elderly and doesn’t have a clue about religion or skin color. No matter how bad this season gets, influenza just doesn’t have the appeal of other problems that push our hot buttons.

The disease that beats our flu epidemic, hands down

Remember Zika? We don’t hear a lot about it now, but in 2016 Democratic lawmakers and the president turned it into a national health emergency. They demanded federal funding to stop a very political pandemic. American families were threatened with the consequences of inaction, even though at the time only 43 cases were proved to be acquired in the U.S.

As diseases go Zika was politically glamorous. It struck the Central American countries Democrats are obsessed with like El Salvador and Honduras and hit Puerto Rico hard. Pregnant women and their babies were in Zika’s path, so funding to fight the disease set the stage for a classic confrontation on Capitol Hill.

The flu epidemic isn’t like that. Anyone can die from influenza, from the poorest of the poor to the young, rich, and healthy. 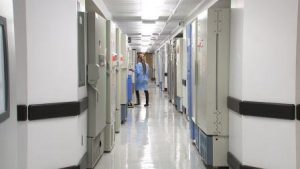 No political interest in flu?

When I searched far and wide for press releases, public statements, congressional resolutions, or maybe a contingency plan or two to support hospitals and doctors overwhelmed by the 2017-2018 flu season I didn’t find much. The hopeful-sounding “Protecting Seniors Through Immunization Act of 2017” was introduced in the House and Senate last November, but it’s not what it sounds like. The bill asked that we include vaccine information in the Medicare handbook and revise immunization cost sharing. 1

With all the coverage of unlikely deaths during the current flu season and warnings about vaccine effectiveness, I doubt the elderly need more information. They are probably afraid to leave their homes.

So when will lawmakers get involved? Are they missing an opportunity?

By mid-January the number of people going to the doctor for flu-like sickness was the highest in nearly 15 years. As the holidays drew to a close deaths from influenza had crossed the epidemic threshold.2

The CDC is clear about its role in dealing with the flu epidemic:

CDC is the common defense of the country against health threats and clearly one of the threats facing us right now is influenza.3

A handful of lawmakers searching for their role aren’t quite so clear.

There is nothing like a federal shutdown to make lawmakers interested in things they ordinarily don’t think about. As blameful statements were issued last weekend influenza became important. House members from Illinois warned:

endangered funding for the Centers for Disease Control (CDC) in the middle of a nationwide flu epidemic.4

Always amusing Congressman Steve Cohen (D-TN) had his say over something he should have already known before his party shut down Washington over the fate of a few illegals:

I’m astonished to read that the Department of Health and Human Services has plans to furlough half its staff and suspend the Centers for Disease Control and Prevention’s influenza program just as the flu season reaches its peak. This is counterproductive and makes no sense.5

What does the CDC do that we’re going to miss out on? Ask another Democrat, Washington state Rep. Denny Heck:

During a shutdown, CDC has to greatly curtail its activities to conduct flu season surveillance and monitoring, promote immunization, support state and local health departments, and update disease treatment and prevention recommendations.6

What did that mean? Packed emergency rooms and doctor’s offices had better figure out how to cope when Congress shuts down the government while people are dying.

Why so quiet on the flu?

Other than a few warnings about the CDC we haven’t heard a lot from lawmakers about the flu epidemic despite a government report showing that 30 children have already died and samples testing positive for Influenza A were flooding in by October 1, 2017.7

Granted, the flu isn’t much fun for lawmakers. It doesn’t target a specific minority or underprivileged group. From what we’re hearing there is nothing that protects the 1% any more than a working class family, so it’s difficult for Democrats to gain a foothold.

Not all is lost, though. Just when we thought Congress would ignore the flu epidemic a few members woke up and realized they can still use it against Trump.

The flu epidemic might be good for one thing after all. Warning of “flu-related deaths & hospitalization,”

Senator [Patty] Murray calls for Congress to reauthorize legislation aimed at improving response to public health emergencies, focus on science and evidence based-policies that have been proven to protect families.8

That’s more like it. Democrats who shut down the government and CDC want to protect families with science.

They would have done better with economics.

Not surprisingly, this wasn’t just about the flu. Zika funding was in Senator Murray’s crosshairs, too, as was the Trump administration for ending DACA and Republicans she blamed for the shutdown.9

The Senate Aging Committee got in on the action shortly before government funding talks failed last week. Senators Bob Casey (D-PA) and Susan Collins (R-ME) warned about the dangers of flu to the elderly.10 They told us of the importance of the CDC. One week later the government shut down.

As the flu season started to rampage months ago Senator Casey called the end of DACA an “insult to America.”11

The real insult, of course, is that Democrats successfully shifted Washington’s priorities away from Americans. To be fair, there isn’t much lawmakers or even the CDC can do about the flu. That’s not the point. If this was an illness that targeted illegals, LGBTs, Muslims, college students in debt, the poor, or any other liberal Democratic poster child, all hell would be breaking loose.

Possibly distracted from fighting for illegals until the State of the Union gives him more ammunition to use against Trump, Senator Charles Schumer got behind New York’s flu epidemic with a call for a CDC Domestic Flu Surveillance Team.

Citing deaths and hospitalizations in New York during this “historic outbreak of influenza,”12 Schumer laid out his plans for what the CDC team should do:

Specifically, the team seeks information on when and where the flu activity is occurring, determining the strain of flu circulating, detecting changes in the flu virus and measuring the impact of the virus on hospitalizations and deaths.13

That’s what the CDC does, senator, but you are right about one thing. Now that you have a federal shutdown during this epidemic named after you, it’s a good idea to get as far in front of the flu crisis as possible.

In 2009 swine flu was a national emergency. With Obama in charge it was a happier time than now for Nancy Pelosi, who urged:

All Americans who have questions about swine flu or what they should do should visit of [sic] the Centers for Disease Control website at https://www.cdc.gov/swineflu, which will be updated regularly.14

Now we’re faced with two crises. One is very real and very dangerous and the other was created by Democrats who still can’t figure out why President Trump kept referring to “citizens” in the State of the Union.

While Pelosi speaks of Trump’s “staggering cowardice” because he won’t bow to the dangerous demands of her party, Congress faces another shutdown deadline. Meanwhile the CDC in its most recent report on the influenza epidemic confirmed:

The proportion of deaths attributed to pneumonia and influenza (P&I) was above the system-specific epidemic threshold in the National Center for Health Statistics (NCHS) Mortality Surveillance System.15

Who is most likely to be hospitalized? Those over 65,16 the senior citizens who we care about when they are politically useful but who will take a back seat to illegals as we face another shutdown in just four days and the possibility that the CDC will again be faced with furloughing employees.17>

Remember that next time you hear a self-serving speech about how much seniors matter. Unless they are here illegally, they don’t matter a damn during this flu season.