American families know what they need to worry about. Zika is not on the list. What families don’t need is to be faced with a public health emergency that is just a cleverly disguised political crisis.

Congress is selling Zika to the public for reasons that don’t have a lot to do with protecting our health. That doesn’t mean Zika doesn’t need to be dealt with, but for most families it is just a scare story. Zika pales next to putting food on the table, working, and finding decent schools for our kids.

What families need is not the issue. Bugs and guns are what Democrats are selling. In a press release about “Priorities for American Families” the House’s liberal caucus let us know what really counts:

Congress — which left for a 7-week recess without a budget or a plan of action to combat Zika or senseless gun violence — understands the value of a steady hand and gets its work done on time without the drama of obstruction and dysfunction that has plagued it all year.”1

This isn’t about mosquitoes. It’s about Republicans and Democrats and where our money goes and who gets credit for saving families from a crisis. 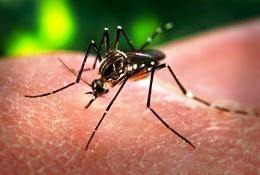 When Congress needs to sell a crisis single people are collateral damage unless they are L, G, B, or T. Families are what count.

Democrats have a problem because most families aren’t going to suffer from Zika. That hasn’t stopped the accusations of neglect flying around Capitol Hill. A heavily politicized epidemic means everyone has to step up and be heard even if it means playing some games with the facts.

“Repeatedly, Democrats have asked for a vote on the President’s request for emergency funding to combat Zika. Instead of addressing this serious health crisis, House leaders are putting thousands of American families in harm’s way by refusing to act ahead of mosquito season and suggesting we simply divert resources from other public health emergencies,” DelBene said.2

Throwing the safety of children3 into the mix, Betty McCollum (D-MN) joined in the mudslinging:

“It is shameful that Speaker Ryan and House Republicans are playing politics with the health and safety of American families,” Congresswoman McCollum said. “The Zika virus is a public health emergency and we must give our public health officials the resources they need to deal with it.4

Whether Zika is a crisis, emergency, or partisan hoax, for their part GOP lawmakers played the same game from across the aisle. Blaming EPA regulations for interfering with mosquito control, Paul Ryan’s office tempered the Zika threat with fiscal restraint:

This is serious stuff—we’re not talking about annoyances at your summer barbecue. Mosquitoes are the carriers of life-threatening exotic diseases, among which are the Zika and West Nile viruses. Beyond the personal danger, the treatment of Americans with mosquito-borne illnesses also costs taxpayers millions of dollars each year.5

So this is all about Congress’s inability to agree on how to kill bugs. If this was a real public health emergency and lawmakers’ families were at risk, wouldn’t they have done something about it?

Legislators like to confuse what families want with what Congress wants to fight about. Zika is no exception. The disease is active in Latin American countries where Democrats are staking their future. How do they reconcile the needs of politically valuable minorities they hope will come here with the needs of families?

For starters, they can play games with the truth.

Harry Reid wasn’t entirely honest when he warned about the Zika threat:

The Centers for Disease Control and Prevention reports 19,000 Americans with the virus. That’s a 13 percent increase in just seven days, and it’s only going to get worse.6

Sounds serious, but Reid didn’t bother to mention that almost all of those infected were Americans in Puerto Rico,7 which we fought over earlier this year because Congress couldn’t agree on a bailout solution to the island’s debt crisis. He didn’t mention that only 43 U.S. cases were locally-acquired and that almost all U.S. Zika cases are travel-related.*8

Most Zika hysteria is Democrat-related.

Harry Reid is long gone but sadly Democrats and Zika are still with us. The good news is that according to the CDC the U.S. is exempt from this politically-manufactured spending crisis.

The agency’s March 2018 “World Map of Areas with Risk of Zika” tells the story. If you live in the U.S. or on a mountain above 6,500 feet you only have to worry if you also travel to Mexico, Central or South America, or a smattering of exotic locations most Americans will never see.