The 2017 FBI hate crime report is a tremendous opportunity to lie with numbers. The Tree of Life synagogue shootings and Democratic rise to power in the House add unwanted substance to this newly-released data showing hate crimes rose for three years in a row.

Politicians, pressure groups, and the media will use the findings for their own purposes, but do the numbers show what they want them to show?

Republicans have always been blamed for pushing their agenda by creating a climate of fear.

Chicago Rep. Danny Davis (D-IL) tried to make sense of the insanity behind the Tree of Life shooter:

The racist hoax perpetrated by those who used false and exaggerated claims of danger to the United States and the American people from the so-called “caravan” of those seeking asylum from incipient danger to their families was apparently the spark which motivated the ultra-right fanatic to turn the weapons of war on a peaceful congregation.1

Reality has a tenuous connection to political need. Expect a lot more supposition now that Capitol Hill has statistics to back claims about the rise in hate crimes.

You can also expect this new report to be widely quoted, misinterpreted, and abused by lawmakers who won’t read the 2017 Hate Crime Statistics and will count on most of us not reading the report, either.

Data like this is easy to use. It’s hard to use responsibly. There will be an overwhelming temptation to make U.S. hate crime numbers match a story crafted many years ago.

Nancy Pelosi talked of the pervasiveness of hate in 2004 when George W. Bush was president:

Hate crimes have no place in America. All Americans have a right to feel safe in their community, yet FBI statistics continue to demonstrate a high level of hate crimes in our country. Federal hate crimes prevention legislation is the right thing to do, and it is long overdue.2

Fourteen years later we have another Republican president and Democrats are spreading fear about “unprecedented white supremacist violence”3 and an “unprecedented spike in hate crimes.”4

I strongly support the $60 million level of funding for the NSGP [Nonprofit Security Grant Program] included in the House Committee on Appropriations report for Homeland Security. I am, however, concerned that the level of funding recommended by Senate appropriators is only $35 million. It is critical that Congress adopts a funding level of at least $60 million.6

Do we need $25 million more for a program that will support target hardening and other physical security enhancements for nonprofit organizations that are at high risk of a terrorist attack.”? 7 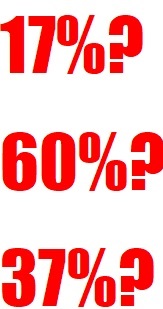 The Bipartisan Task Force for Combatting Anti-Semitism reported a 37% jump in anti-Semitic hate:

Just yesterday, the FBI released its 2017 hate crime statistics, showing a 37 percent increase in anti-Semitic incidents in the U.S. from 2016.9

According to the Anti-Defamation League (ADL), anti-Semitic incidents in 2017 were nearly 60% higher than the previous year. Against this backdrop of hate-filled threats and attacks on Americans, DHS has warned the public about increased homeland security threats.10

When the hate crime numbers came out last year Democrats were clever to blur the fact that the increase happened under Obama, not Trump:

The FBI recently reported that the agency documented 6,121 hate crimes in 2017 – a noted increase from 2015. However, this statistic is far from comprehensive given the broad gaps in reporting from many jurisdictions – meaning the true scope of this epidemic is likely far greater.11

The report came out in 2017. The hate crimes were from 2016 and as we will see in a moment, anti-Semitic hate crimes rose significantly while Barack Obama was in office.

The updated FBI hate crime report comes with a statement on Promoting Responsible Crime Analysis that includes suggestions on proper use of the data. The agency acknowledged that:

Legislators draft anti-crime measures using the research findings and recommendations of law enforcement administrators, planners, as well as public and private entities concerned with crime problems. The news media use the crime statistics provided by the UCR Program to inform the public about the state of crime as it compares to the national level.12

The 2017 numbers added 895 agencies to the reporting base13 which considerably increased the FBI’s ability to report this type of crime.

Will Democrats credit Donald Trump for the difference? No, because that would be misusing the statistics.

It’s easy to misuse the FBI’s numbers. Let’s make the argument that Trump made Barack Obama’s murder rate go down.

Does that mean Trump should get credit for fewer murders? No, because if you look at the raw numbers you will see that they frequently rise and fall from year to year. To give Trump or any president credit for these differences is lying with statistics.

It must be perplexing for Democrats spreading fear over white supremacy that only 50.7% of 2017’s hate crime offenders are white.22

It would be easy to use this number to argue that minorities are the ones most responsible for hate crimes. Certainly it would be no more irresponsible than trying to link Trump’s stance on the Latin American caravan with violent anti-Semitism.

Whether it’s responsible to draft legislation around these statistics is a question for lobbyists and pols who will try to use them to support conclusions made long before this hate crime report was issued.