Forget about America first. The November 6 election was a Democratic Party mandate, but to what end? Party rhetoric demands we hold Trump accountable for too many crimes, sins, and missteps to count. It also forces members to demonize Americans because if we’re not a nation of white supremacists the story they staked their House claim to evaporates. This is a dangerous strategy for Democrats. Hillary Clinton proved it can not only backfire, but it’s a ploy that once tried can never be erased.

Mandate to demonize or not? 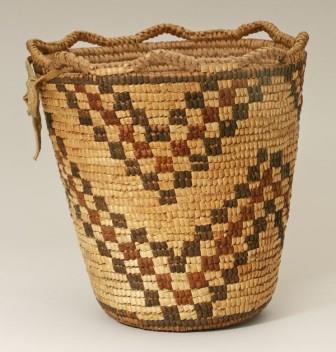 How many Americans will
Democrats fit in Hillary’s basket?
NPS Photo

2019 will be a riskier year for Democrats than for Trump. Party honchos have to figure out how to go after the White House without putting too many Americans into their deplorables basket. That means separating reality from left wing fantasy for a base that was heavily indoctrinated with anti-Trump propaganda before the midterms.

Keep in mind that as despicable as white supremacist thought is, it’s not necessarily illegal. According to Homeland Security:

The mere advocacy of political or social positions, political activism, use of strong rhetoric, or generalized philosophic embrace of violent tactics may be constitutionally protected activities.1

Free speech can intrude at the worst time.

For now the elephant in the room is still hiding, but don’t think for a moment that dreams of impeachment don’t burn in the minds of the most fervent anti-Trumpers. It’s still up for grabs whether the election puts enough power in their hands to move forward. What happens will depend very much on who rises to the party leadership and whether old guard Democrats who know better are overruled.

Impeachment bandwagon is not just about Trump

It is time for Congress to exercise its constitutional responsibility to investigate, issue subpoenas, and commence impeachment hearings to hold President Trump accountable for actions that are corrupting the Presidency and damaging our nation.2

She bluntly called the president on the carpet:

The one voice in America that has inspired division, hate, and bigotry more than any other is the voice of President Donald Trump.3

Her words say more about her opinion of America than Trump. McCollum doesn’t seem to realize that stifling the president and cancelling political rallies is an anti-American violation of free speech:

If President Trump wants to unify Americans then he can prove it by ending his campaign appearances and divisive rallies which are sowing the dangerous seeds of political extremism. He can start immediately by cancelling his rally tonight in Wisconsin.4

Can the party of the left go after Trump without demonizing the same Americans attacked by Hillary Clinton? Certainly Trump’s words can’t create a nation of neo-Nazis any more than the existence of Islamic terrorists turns all Muslims into murderers. He can be inspiring to the right, but Trump’s no Rasputin. Insinuating he is radicalizing closet American fascists is an unforgiveable insult to the people.

Have you ever heard a Democrat warn that his or her colleagues inspire Antifa?

Yes, Democratic mandate is a vendetta

An elephant of a more benign, Republican persuasion spoke the truth about what’s about to happen:

Our counterparts across the aisle are giddy about running roughshod over process and weaponizing taxpayer resources against President Trump, the Commander in Chief Americans elected. We’re here to remind Mr. Nadler that a House majority doesn’t give liberals license to chase political vendettas at deep cost—and no benefit—to the hardworking Americans who trust us to honor the law first by following it ourselves.5

Except having a license in Congress is about numbers, not ethics. Democrats who accuse Trump of inflaming the far right are blind to the fact that they are attacking much more than the White House:

As our nation reels from the second domestic terror attack this week, millions of us are left wondering how domestic terror could gain such a foothold in the United States. How did two Americans self-radicalize and carry out these attacks? Who is feeding this hateful ideology? Are there more attacks coming? And how could law enforcement have stepped in to prevent these attacks?

It is past time for all of us to admit that this administration has been too accommodating of White Supremacy.6

Islam gets a break. Radicalized Americans are the problem

Democrats never accused Islamic thought of aiding and abetting extremism after terror attacks in the U.S. In fact, they went out of their way to declare the opposite.

It is a sickening consequence of the Democratic Party’s anger over the 2017 election that Republican Americans are lumped into a basket with terrorists and neo-Nazis with no regard to the truth. How many times have we heard that the majority of Muslims are peace-loving, humanitarian, non-violent people? I have no doubt that this is true, but Americans don’t get the same protection extended to Muslims after a terror attack. When Islamic attacks happen, the Islamophobia alarm sounds. When Americans commit attacks, we turn into a nation of Trump-loving white supremacists.

At the beginning of the first Obama administration Homeland Security released a report on domestic right wing extremism that led to this press release from Texas Congressman Ted Poe:

My office has already received several calls from individuals who are disappointed with the apparent demonization of people who disagree with the administration. The opinions reported by the Department of Homeland Security label folks as the radical right, including returning military and anyone advocating gun rights under the 2nd Amendment, Poe said.7

In politics we play the same games over and over. The danger isn’t from radicalized white supremacists. It’s from Democrats fixing a problem they created by telling their base what it wants to hear.

6. “Congressman Krishnamoorthi: “If the Trump Administration will not act to protect all Americans from hate-based attacks, Congress can and must act.”” Raja Krishnamoorthi. October 27, 2018. https://krishnamoorthi.house.gov/media/press-releases/congressman-krishnamoorthi-if-
administration-will-not-act-protect-all-americans, retrieved November 14, 2018.