Home » Government Ethics » This Is Not Who We Are: Dems Seek Gain from New Tragedy

It didn’t take long for Congress to respond to Saturday’s mass shooting at the Tree of Life in Pittsburgh. Both parties issued short, hasty press releases. Most were appropriate and respectful. Some were not. Politicians frequently tell us what we believe and what we stand for. Often their remarks are preceded by something like “this is who we are” or “this is not who we are.” This new tragedy gave us examples of each. A few stand out to unequivocally show what “this is not who we are” means.

This is not who we are, is it?

A week that started with mail bombs and ended with the synagogue shootings handed a bevy of talking points to a party desperate to retake the House. Many party members crafted appropriate responses to yesterday’s tragedy. They didn’t attempt to lay blame at the president’s feet while the nation still processes what happened. There is time for that later for those so inclined. Even Nancy Pelosi’s press release was reserved and respectful. She offered a nod to first responders and like others renewed her party’s call for regulating firearms. That’s something we expect and a far cry from the venom we heard from a handful of Democrats who give us pause to consider at what point leveraging tragedy crosses an ethical boundary. 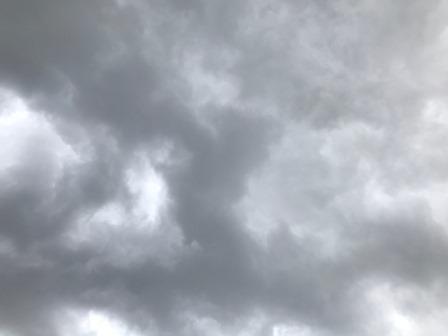 Are hate crimes really up?
Here are the numbers

Illinois Congressman and 2018 candidate Raja Krishnamoorthi wasted no time blaming President Trump for yesterday’s shootings. He dredged up another call to action from his party’s archives of hate when he blamed the administration for “being too accommodating of White Supremacy.”1

Last summer, when America needed the President to clearly and unequivocally reject white supremacy, he instead insisted that there were ‘very fine people’ on both sides of the neo-Nazi march in Charlottesville that killer Heather Heyer. This type of rhetoric encourages the scourge of anti-Semitism and White Supremacist hatred.2

Rep. Krishnamoorthi called for a House committee meeting to decide if our government helps to “radicalize hate groups:”3 The congressman is up for re-election in less than two weeks. So is Tennessee Rep. Steve Cohen, who had this to say about the Tree of Life tragedy when he hinted at anti-Semitism and blamed the president for violence:

President Trump must put America first and stop the anti-George Soros and anti-Globalist (code for ‘Jewish,’ for many) rhetoric. Trump must also stop encouraging and advocating violence.4

Cohen is also running for reelection. So is No. 2 House Dem Steny Hoyer (D-MD), who called for a White House apology:

I would hope that the President and others who have sought to divide our country by race and faith would apologize for doing so and make it absolutely clear that such words have no place in our national life.5

Hoyer never mentioned what words from Trump he was talking about.

Trump’s remark about stationing an armed guard in the Pittsburgh synagogue is already being condemned for blaming the victims. He doesn’t tend to choose his words carefully and that’s to his detriment.

Most won’t acknowledge that he’s right.

No matter how many times we hear that “this is not who we are” we are most definitely a country that has never successfully banned anything including dangerous hate groups, illegal drugs, alcohol, even the materials for making weapons of destruction like the pipe bombs mailed last week.

It is 100% impossible to guarantee that no person intending to do harm owns a firearm. Suggesting that we plant armed guards in places of worship sounds outrageous, but we’re already doing it in schools. A bond issue up for a vote in my district calls for funding security enhancements. There is a police car parked each and every day in the parking lot of the school next to my office. Democrats will demonize Trump for his words, but if there is another way to be sure I haven’t heard it yet.

When Democrats had their chance to stand by their beliefs in 2010 they passed a bad health care bill instead of taking the steps they demand from Trump to stop mass shootings. The next time they take over the federal legislature will be their opportunity to stop these senseless tragedies once and for all, but when they’ve passed their bills and the next shooting hits the headlines don’t expect anyone in the party to take the same kind of responsibility they demand from this president. Instead, they will blame a lingering Trump effect for many years to come for a problem they know they can use but will never control.

I, like so many others, have called on the President to tone down his rhetoric and take positive action, only to watch in dismay as he strokes the egos of American neo-Nazis, white supremacists, nationalists, and hate groups.6

Rep. Hastings argues that over the past two years there has been:

a resurgence of openly aired racism and hate, including a dramatic increase in acts of anti-Semitism.7

He doesn’t say where his numbers come from. Neither does Senator Dianne Feinstein:

We can’t ignore the recent spike in hate crimes and the pervasive effect of giving a wink and a nod to hate groups and those who would commit violence.8

We keep hearing about a surge in hate since Trump took office. What we rarely hear are numbers to back up the claims.

I don’t know where Hastings and Feinstein got their numbers. They may be privy to information the rest of us don’t have, but assumptions about Trump are not something you will find in the latest FBI hate crime statistics.

Assigning blame for these crimes to Obama or an early Trump effect is a pointless partisan political exercise that misleads the country and stokes more anger and division. Instead, listen to the words of people who try to use the worst of tragedies to bring the nation together. Whether we buy into unity or division is a choice each one of us has to make, but beware. When we choose wrong there will always be those waiting to tell us the negative things we want to hear.