We didn’t defend U.S. businesses subject to ruinous fines from the European Union’s GDPR. Now the EU is preparing to mount another attack on U.S. companies. As the BBC reports, EU officials worried about extremism have proposed that content providers like Google and Facebook should have no more than 60 minutes to take down offending extremist material. If they don’t, like the GDPR they risk getting whacked with huge fines levied from foreign governments.

Internet extremism is bad. Regulating it is worse.

Most of us won’t argue that extremist and especially terrorist material doesn’t make the internet a better place. Does that mean we want the EU to take the next step in controlling how U.S. companies regulate and monitor what their users place in cyberspace?

Europe’s GDPR has already imposed arguably absurd privacy policies on any U.S. company that has a website with an occasional European visitor. The new privacy regulations turned individual responsibility for reckless internet behavior into a potential government moneymaker because internet sites do exactly what we should expect them to do: they collect information without full transparency about what they are grabbing and why.

Punishing businesses for inadvertently hosting extremist content is at least as disturbing because it sounds reasonable at first glance yet skirts the real problem: ideas don’t kill people. Terrorists kill people. Individuals seeking out extremist material are already a problem. 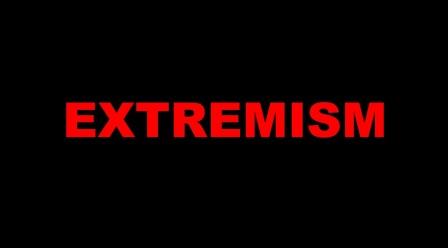 Free enterprise vs. extremism
Will EU force our hand on free speech?

Defend people from extremist ideas, but not terrorists?

The EU that is contemplating the internet extremism penalties is the same EU that condemned U.S. travel restrictions from majority Muslim nations that contribute to the material European lawmakers are trying to eradicate. As reported by the Christian Science Monitor, Theresa May and Angela Merkel immediately rejected Trump’s tightened security protocol.

In retrospect that’s quite a contradiction that questions why the sudden need to go after companies to protect us from ideas while refusing to restrict entry from people we know are most likely to pose a threat.

The long hand of big government from Europe has allies in weak-willed, anti-Trump lawmakers willing to tag along.

I would wager that, like me, most Americans have never seen a pro-terrorism website or social media post. This is content that lurks in the dark corners of the internet. It’s there if you look for it, but most of us have no reason or desire to look. Those who do are a problem, but the proposed EU regulation isn’t trying to protect us from them. Instead, it pursues the extremist ideas they seek. The concept is analogous to gun control proposals that restrict firearm ownership without raising penalties for violent criminals.

I hope Prime Minister May will accept my invitation to visit Silicon Valley, at her convenience, to discuss the role technology companies play in helping combat the ideas that threaten international peace and prosperity,” said Rep. Khanna. “A dialog between global leaders and tech leaders is an important step to further how online platforms monitor extremist content and keep our communities and countries safe.1

In a letter to the prime minister, Rep. Khanna mentioned that “more work to address this issue must be done,”2 which hints at an insufficient response from tech firms. That’s concerning because many of these firms are U.S., not EU companies.

The Trump Administration’s repackaging is merely a second attempt to revise his unconstitutional policy. This is the same ban, driven by the same hazardous discrimination that weakens our ability to fight terror. Revised language won’t change what this executive order is: an act that prohibits people from entering the U.S. based on their religion or refugee status.3

The takeaway message? Fining companies that inadvertently sponsor extremist content is more effective than screening for terror at the gates.

Cicilline: save the internet for democracy’s sake

More disturbing were remarks made by Rhode Island Democrat and Ranking Member of the House Antitrust Subcommittee David Cicilline. The congressman advocates “reclaiming the Internet for Democracy”4 and made this troubling statement:

But it is increasingly clear that the centralization of information online by a few dominant platforms is a growing threat to democratic institutions and values at home and abroad.5

Cicilline made an accusatory remark about who controls offending content:

Today’s gatekeepers of information, news, and speech have created new avenues for spreading hate, violence, and misinformation at a scale that previously did not exist.6

Like the EU, Cicilline also had a very bad reaction to what he called “Trump’s Dangerous Muslim Ban.”7 On behalf of Americans who “demand answers”8 he blamed Trump’s financial interests on the fact that travelers from countries like Iran, Iraq, Somalia, Syria, and Sudan were affected and not those coming from Turkey, the UAE, Egypt, and others.9

Most Americans know a straw man when they see it. I doubt that levying restrictions on every country with Muslim residents would be acceptable to members of Congress who use religious freedom as an excuse to reject anti-terror travel restrictions.

How we suppress extremism sets a dangerous precedent

We have been famously unable to control the flow of guns, drugs, child pornography, and other bad things that flourish on the internet. Trying to regulate extremism with a 60-minute rule will only encourage extremists to do what the black market does: innovate. Meanwhile, we hear a cascade of voices in Washington demanding that we open our borders and ignore the origin of who comes and goes.

In remarks before the Senate Commerce Committee, Republican John Thune noted that radicals recruit through the internet and social media. He also hinted at free speech, free enterprise, and regulation:

These services have thrived online because of the freedom made possible by the uniquely American guarantee of free speech, and by a light touch regulatory policy.10

Going after internet providers because of the ideas posted by their users sets a very dangerous precedent for political interference. Contemporary hyper-reaction to ideas that don’t toe the line of political correctness makes it very easy to extend policies put in place to curb extremism. This is an easy foot in the door that our own lawmakers prove relies on partisanship to determine what ideas should be punished and which are proper and correct for public consumption.

This first salvo is coming from Europe. Given their anger at the Trump administration we have no reason to expect that Democratic lawmakers will be anything but complicit with their regulation-happy leftist counterparts overseas.

Our government has refused to defend our companies from the privacy sanctions levied by the GDPR. Does anyone believe it will come to our defense over something as allegedly commonsense as punishing Google or Facebook because they failed to take down a terrorist post in 60 minutes or less?