In most walks of life failure is a bad thing. The one exception is failure in politics. When government trips up it can be a good thing. From that perspective it’s hard to choose the biggest failure of 2017. Many political catastrophes played out to our benefit. A few hurt us. Republicans were the big winners but don’t give them too much credit. Strength in numbers doesn’t mean they were smart about everything they did.

This was a victory for the White House and a failure for Democrats who chanted “Muslim ban” until their faces turned purple.

The White House said yes. So did the Supreme Court. Democrats stuck to their specious argument about freedom of religion:

Freedom of religion is a fundamental pillar of our Constitution, and the President’s executive order represents a thinly veiled ban on entry to this country based on religion.1

It’s always possible that members of Congress know more about the Constitution than our highest court, but if this was really a Muslim ban wouldn’t there be more than six countries on the list? Besides, nothing prevents banned travelers from freely practicing their religion in their own countries. 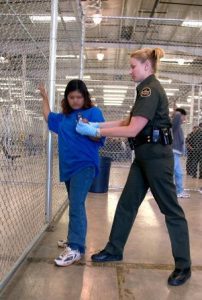 DACA is gone. Done. Finished. Even the post office’s failure to deliver some of the renewal applications on time won’t change anything.

There isn’t going to be any DREAM Act this year no matter how much Democrats cry, whine, threaten, and cajole. Don’t blame the GOP. They aren’t good at handing out favors to groups who don’t deserve them and who won’t vote for Republicans even if they had the right.

Who is to blame? Barack Obama. He created a temporary fix, gave hope even though politics made certain there was no hope to be had, and then he left office with no solution to the problem he created.

Republicans should have thought this one through before they tried to do something irresponsible on principle. Trying to overturn Obama’s landmark legislation without something workable to replace it was a foolish, misguided effort and in this one instance (and only this one instance) Democrats were right. Fulfilling a campaign promise was more important than the consequences.

The GOP used tax reform for a hollow ACA victory by axing the individual mandate. It was a statement, albeit a pointless one, that only pointed to the party’s failure to do what Republicans promised: a better solution.

The most important thing about Obamacare is two words: guaranteed issue. That’s a tough thing to beat in the health insurance market. Even though there are many things wrong with the Affordable Care Act, guaranteed issue needs to stay.

The time to get rid of Obamacare was years before it passed. Like many things Republican, the party did nothing until it was too late.

Seriously, Congressmen Cohen and Green. Just give it up.

Biggest Failure 5: due process is partisan?

While Democrats scratched their heads over how to get rid of a president whose very presence they consider offensive at least one party member insisted on fair treatment and due process for accused representative John Conyers while she lashed out at members of the GOP.

Anyone accused of bad behavior that could cost them their job deserves fairness and due process. The important word here is “anyone.”

Passing Republican tax reform was the easy part. Selling it is a lot harder. The job is far from finished.

The media and Democrats have done an exemplary job of lying to the public about what this bill will do. The greed of the left is insatiable. Anything that stands in the way of stripping Americans who already pay the most of a greater percentage of their incomes is intolerable to a left that denounces hatred against every group except the wealthy.

If you have any doubt in your mind about what Democrats want, look at Illinois. Taxes, fees, fines, and penalties abound. The state is broke. Its largest metropolis is a broken fiscal wreck.

If you want to know what’s in the tax bill, read it. Believe what you hear at your peril.

The push to tear down all traces of the Civil War south has died down, but it was all the rage in the wake of Charlottesville and the failed Democratic campaign to convince the nation that the White House is seething with white supremacists.

Democrats lost big on this one. It was an easy leap from last year’s focus on police shootings, another party favorite that we don’t hear much about these days.

Big losers: Republicans and the public

Jeff Sessions tried his level best but even the Kate Steinle miscarriage of justice couldn’t summon the nation’s anger about cities that protect illegal immigrant criminals.

Kate’s Law has not gone anywhere. Don’t expect it to. Sanctuary cities are still spending your tax dollars. Illegals are the liberal poster children of choice and nothing is going to change that in a court system that will resist every effort to keep Americans safe from unwanted foreigners.

Republicans and the White House failed to quash this one in its early stages. If only the president hadn’t made the campaign trail comment about Russia finding Hillary’s missing emails, observant Democrats might have let this one slip through their fingers.

Speculating how this will end is a waste of time, though you can bet if Democrats trounce the GOP in 2018 it won’t go well for Trump. In the meantime, ask yourself why anyone would assume that other nations aren’t meddling in everything we do, including spreading election propaganda?

Biggest Failure 10: winning the trust of the American people

Big losers: all of us