Few of us would keep our jobs if we wasted time while our work stayed unfinished for years because it was just too difficult. Lawmakers in Washington don’t have that problem. Congress wastes time and money because it’s part of the job.

It’s easy to confuse activity with accomplishment and professional politicians are always after the next press release. That’s how we get so many new bills that won’t rock anyone’s world but give the appearance of effort. These bills waste Congress’s time and the money we pay lawmakers to do real work. 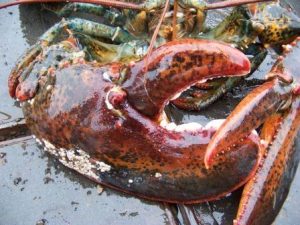 Money in your pocket?
Courtesy NEFSC/NOAA

Do these new bills have any value?

1. Do we need a resolution to know that racism and hate are bad?

Congress wastes time with statements like H.Con.Res.86, “Condemning the racist and hate-based attacks on our college campuses and reaffirming our support for inclusion and safety in our institutions of higher learning.”1

The resolution was sponsored by Rep. Frederica Wilson (D-FL). 26 Democrats signed on. Unless you are a racist or hate monger you already know that these aren’t traits to be proud of. Hearing it from Congress won’t change your mind if you are part of the problem and won’t make a difference if you’re not.

Colleges don’t need Congress to dictate right and wrong. Like taxpayers, they need politicians to stop spending their time inflaming the national dialogue on hate and race.

Like the opiate epidemic, sexual harassment is a trending issue that’s hard to say no to. Does that mean we have to pass legislation to police abuse in the skies?

S.1605 provides for trauma-informed training, situational training, and more bureaucracy to keep track of harassment on airliners. It draws in the attorney general’s office and Department of Transportation to establish a “National In-flight Sexual Assault Task Force.”2

I don’t know how big of a problem this is, but S.1605 has only 6 cosponsors. All are Democrats. It should be noted that the sponsor, Senator Bob Casey (D-PA) opposed the president’s travel ban and referred in March to Trump’s “campaign promise to institute a ‘Muslim ban’.”3

Sounds like the only thing we need to worry about in the skies are lustful Americans.

Sponsor Illinois Rep. Raja Krishnamoorthi introduced H.Res.575, “Recognizing the religious and historical significance of the festival of Diwali,“ to honor “a time for thanksgiving and prayer for health, knowledge, and peace.”4

To the congressman’s credit it’s probably a lot easier to recognize Diwali than figure out what to do about congressional stonewalling on the issues our lawmakers don’t do anything about. Still, if no one has a problem with this festival and it doesn’t require government assistance why are we wasting time with a House resolution?

4. We don’t need Lobster Day. We need more money to buy it.

encourages the people of the United States to observe the day with appropriate ceremonies and activities.5

Activities like eating more lobster? If Congress gets the tax cut bill done and lowers our health premiums instead of wasting time with resolutions like these, maybe we can afford to do that.

5. Anything to do with illegal immigration wastes Congress’s time.

New immigration bills are introduced one after another. This is such a contentious issue that even the GOP can’t figure out how to use its majority to do something about it.

Last Friday H.R.4253, “To amend the Immigration and Nationality Act to provide for certain protections for aliens granted temporary protected status or deferred enforced departure, and for other purposes.”6 was introduced by Rep. Nydia Velazquez (D-NY). There are 17 cosponsors, all Democrats, which tells you how far this one is going to go.

Next week there will be more. They won’t go anywhere, either.

The United Nations can’t seem to protect anyone from anything, including North Korea. Should we trust the UN to protect women from discrimination?

H.Res.356 seeks to compel the Senate to ratify the “Convention on the Elimination of All Forms of Discrimination Against Women.”7 When we’re done with this pointless gesture by an impotent community of nations, can we go back to reigning in Kim Jong-un?

Drug dealing, gangs, and organized crime are bad. That’s why we have bureaucracy to deal with them.

The fentanyl and Heroin Task Force Act was introduced last week by West Virginia Republican Evan Jenkins and a bipartisan mix of cosponsors. It creates another task force with representatives from eight federal agencies already dealing with this sort of problem.

Task forces, blue ribbon committees and the like are another way Congress wastes time. Last time I checked heroin was illegal and fentanyl was very highly regulated. If there really is an opioid epidemic then we don’t have time to waste creating more drug enforcement bureaucracy to tell Congress what to do.

8. Millions of feet but it only takes one in the door.

The title is long but we’ve heard it so many times I don’t need to explain what H.Res.492 is about:

Expressing concern for the separation of José Escobar from his wife and children as a result of his deportation, and for other purposes.8

This is a classic foot in the door bill. Every sponsor is a Democrat. You can bet the goal is to set a precedent one undocumented immigrant at a time.

Nothing wastes Congress’s time more than using partisanship to defend something that is indefensible.

Sometimes even valuable gestures are a waste of Congress’s time.

Yes, small businesses are the lifeblood of job creation. Recognizing “Small Business Saturday” with H.Res.6039 is a harmless gesture, but let’s face it. Congress wastes time with gestures like this when it should be making it easier for small businesses to get their work done without being taxed and regulated into insolvency.

More Democrats than Republicans supported this resolution. That’s surprising, considering Dodd-Frank, the Affordable Care Act, and other landmark legislation passed under Barack Obama made it very difficult for small businesses to go about the business of conducting more business.

While we wait for that pat on the back to small business to turn into something tangible, perhaps Congress can do something about my skyrocketing health premiums and that tax bill.

10. Impeachment and a hilarious time-waster

Russia, Michael Flynn, Comey, and the rest of the anti-Hillary conspiracy fantasy is laid out in detail. Thank the congressman for wasting more of your tax dollars for drafting a feel-good document for Democrats that stands as much chance of being taken seriously by the House as his H.J.Res. 120 that limits a president’s power to pardon. That one is worthwhile solely for it’s hilarious list of every conceivable type of relative that no president will be able to let off the hook if the resolution passes.