Home » Elections » Women are Helpless Victims for Dems to Exploit

It was only a matter of time before African Americans were pushed off center stage. Why? Democrats need fresh victims like Illinois politicians need corruption. Sensationalizing police shootings got old. The press and the party needed something new to inflame the nation. The election process was more than willing to provide women, who filled the gap by being turned into helpless victims.

Why helpless women are our new political victims

Women make better victims than African Americans. There are certainly more of them. They are a majority of the U.S. population and still the largest special interest Democrats will ever pander to. The party has a candidate for president who isn’t a man, so the timing is perfect. Besides, victimized women are more sympathetic than people shot while breaking the law. 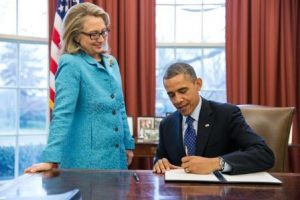 Sexual assault vs. racism: who wins?

Women’s issues are less volatile than race with one exception: sexual assault. Like racism and child abuse this one can only go in one direction. Society can’t condone it. By doing nothing we send the message that we do. That means words are easily turned into deeds whether or not there is proof because we can’t take a chance on a mistake.

The ironic thing about the 2016 election is that even with a strong woman candidate women are most useful to the Democratic Party as victims. The politically-timed accusations against Donald Trump and the equally politicized blowback against Hillary Clinton because of rumors about her husband raise a question: will a Clinton presidency support women, or use them as tokens and pawns like her party uses blacks?

When the media circus swirling around the accusations against Trump ends we’ll be left with how women were portrayed during the 2016 race. They will either be perpetrators of a smear campaign against the right’s candidate or helpless victims protected by the left.

African Americans got much the same treatment. Democrats portrayed them as victims at the hands of angry, violent police who didn’t like the color of their skin. The GOP backed law enforcement. The media backed Democrats.

Then the issue went away.

Politics has a pretty simple take on the whole thing: exploiting people is fair if you get what you want. When your choice has outlived its usefulness it’s time to pick another victim.

Turning women into victims isn’t only about assault. The equal pay issue has been with us for a long time, but has taken second place to high profile assault allegations because they are more politically explosive.

No one seemed to notice Hillary Clinton’s “women’s work” comment early in the first presidential debate. Perhaps we glossed over it because it is unthinkable that a woman seeking our highest office would make that kind of a reference about the role of women in the workplace.

The pay disparity between men and women is real. How we portray it may or may not be. The president boasted recently that the pay gap during his presidency “shrank to the lowest level ever.”1

It wasn’t a difficult feat. A Bureau of Labor Statistics Monthly Labor Review article shows how the gap between men and woman has narrowed since 1960.2 It would be hard to pick a time when it wasn’t lower than ever before.

Inequality exists. It’s not fair, but it’s getting better. Does that mean the president can have it both ways?

This came from the White House last spring:

Together, we must rid our society of the injustice that is pay discrimination and restore the promise that is the right of every American: the idea that with hard work, anyone can reach for their dreams and know no limits but the scope of their aspirations.3

How did we go from injustice to credit taking? Democrats haven’t done women many favors. Stumping for equal pay legislation went nowhere even though the party proved it had overwhelming power by passing government health care. Women’s issues stayed on the backburner.

The president’s campaign for Hillary Clinton was a defining moment for the left. Battle lines were drawn. Obama came down hard on Republicans while justifying a Clinton presidency:

You said you’re the party of family values. What, you weren’t appalled earlier when he was saying degrading things about women? When he was judging them based on a score of are they a 2 or a 10? That wasn’t enough for you?4

While stumping for Hillary, Michelle Obama was frank about her opinions on men and how women are victimized:

The shameful comments about our bodies. The disrespect of our ambitions and intellect. The belief that you can do anything you want to a woman.5

It’s that feeling of terror and violation that too many women have felt when someone has grabbed them, or forced himself on them and they’ve said no but he didn’t listen —6

No matter the outcome women lose this one. The lasting memory is of helpless victims or worse, purveyors of allegations, hearsay, and damaging anecdotes. Women will suffer the same fate as African Americans, Hispanics, Muslims, and every other special interest Democrats keep in their bottomless trick bag. When the party needs a victim to exploit they will be there, ready and waiting.

We will probably never know what Trump did or didn’t do. We know for a fact what Democrats have done. Women were turned into helpless victims because it suited the party’s needs of the moment.