This seems like a good time for a few thoughts on fools and the many things that a fool will vote for. If you are weighing your options after listening to your favorite candidate and find yourself using any of these eight promises to make your decision, STOP. Just because it’s April Fools’ Day doesn’t mean you have to be stupid. Proving you are a fool can last a lot longer than one day.

A vote for a promise is the vote of a fool

More promises are making the rounds than any mere mortal could possibly deliver on. Remember that this is America, not North Korea. We aren’t electing a Supreme Leader, just a man or woman who talks too much and we hope will do the right thing while telling us that our voice is what really counts.

Here are eight clues to alert you that you are being taken for a fool. It doesn’t matter who is making the promises because not a single one of these things is ever going to happen. If you believe otherwise, you are probably at home waiting for a flying pig to deliver your government check. You are going to have a long wait. Worse, you just proved that you are a fool. 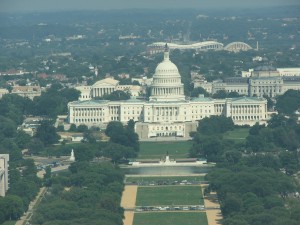 Our ship of fools: which one did you vote for?
Photo by Amy Davis

Eight things a fool will vote for

Only a fool votes for more money. It doesn’t matter whether it comes from lower taxes, no taxes, a higher minimum wage, or a handout from the government. There is no such thing as a free ride. Everything has a cost and for anything government does that cost is very high. Besides, it isn’t the government’s job to fill your pockets. It’s the government’s job to live within its means and leave what you earn alone, another promise that is never fulfilled.

There is no conceivable scenario where more government is going to help you unless you are such a burden on society that having the government look out for you is the only option left.

Who does a fool think is going to foot the bill for an even bigger government, one that will not only cost more but is expected to hand out more money, too? The answer to that question isn’t about being foolish. It’s about being an idiot.

Who is in line to get whacked by our criminal justice system? Drug dealers? Nope. We are letting non-violent offenders out of prison and using the newest threat, a heroin epidemic, as a reason to push treatment instead of punishment. The wealthy? Having money isn’t a crime, no matter what Bernie Sanders says. Banks and investment houses? Democrats never made good on their promise to prosecute the arbiters of Obama’s Great Recession. We haven’t been informed of any mass prosecutions in the works.

How about women? Should we punish them? Donald Trump sounded pretty sure about that earlier in the week, but he quickly changed his tune. Good move. Republicans already look like fools and that doesn’t speak well of those of us who vote for them.

This one is a Republican mainstay, though this year we probably don’t have to worry too much. GOP candidates have proved that whatever version of American morality their party usually trots out at election time does not apply to them.

There is a liberal version of better morals for America. It has to do with giving money away. Curiously, Democratic morality never questions whether it is right to promise this kind of prosperity on moral grounds and never deliver it.

This goes hand in hand with getting more money from the government. Washington won’t get you a better or any job, no matter how much credit will be taken for rescuing us from America’s financial collapse. Capitalism and our free market economy generate jobs and wealth. For most of us having a place to go to earn money means the private sector, something Democrats try to regulate, tax, and ruin. Republicans? They like to talk but otherwise tend to do nothing. In this case hands off is the smarter approach.

#6: Decency in a candidate

Bad new, conservatives. There is no prize for shame, humiliation, and embarrassment. You are going to have to cross the aisle if you are looking for a good behavior award for decency. Despite the catastrophe that would come down on our heads with a Sanders or Clinton presidency, Democrats have this one wrapped up for the year.

Don’t be naïve. It makes you look bad. So many people vote for a candidate because they identify with a political party that it’s no wonder Capitol Hill is as infested with fools as your local polling place. If you don’t believe this, look at Trump and Clinton’s primary numbers. Why else would anyone vote for these people if not in expectation that it will put their party in the White House?

At least Bernie Sanders’ numbers can be easily explained. You guessed it. His supporters are fools and there are a lot of them.

Neither will make America better.