Democrats spent the last two years welcoming more illegals to America than anyone thought possible. To get the job done they denied Americans a sovereign border and tossed the rule of law on the progressive trash heap. They lied, gaslighted, and obfuscated. Once the invasion began, it never slowed down. Predictably, bad people took advantage. Fentanyl flowed into our country. Democrats did nothing to stop it. Did they have an end game in mind, or did they think this could go on forever?

Now they’ve lost their House majority. Republicans are in charge. It’s too late for Democrats to force an immigration deal.

All Democrats had to do was say no.

It’s true that President Biden and DHS Secretary Alejandro Mayorkas merit the lion’s share of blame for shepherding this mass of humanity, criminal and otherwise, into America. It’s also true that Democrats owned the House and Senate the entire time. All they had to do was say no. That didn’t happen. 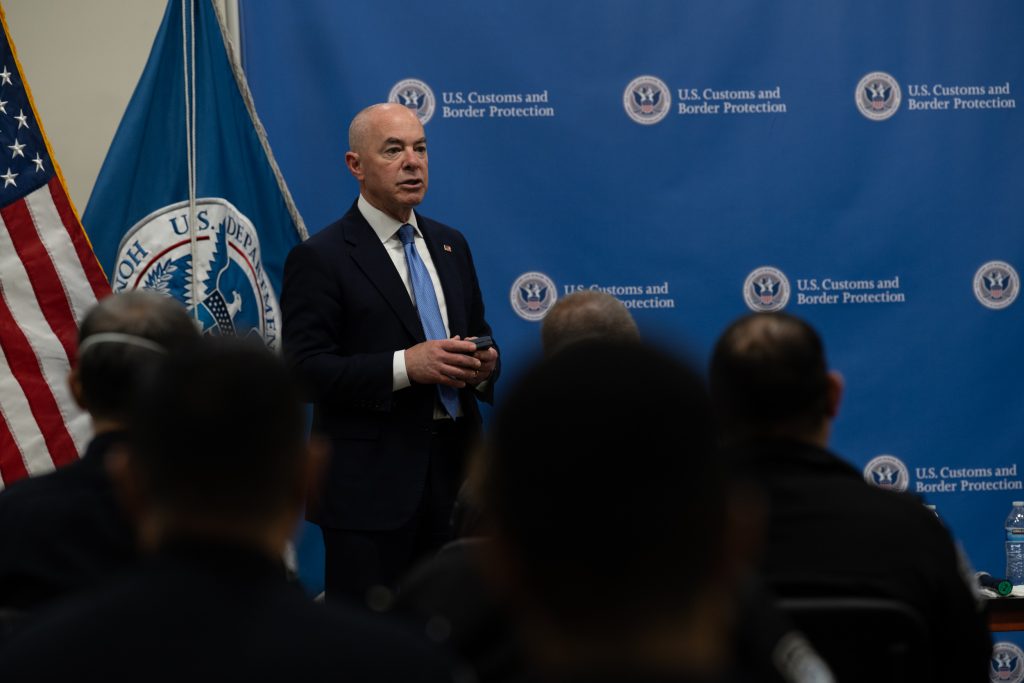 During a floor speech last Thursday, Illinois Senator Dick Durbin made a show of extending an immigration olive branch to Republicans. He spoke about finding common ground, as if we can forget the border outrages perpetrated by Democrats and the Biden administration because his party lost the House and the window for amnesty legislation is effectively closed.

“The question is, where do we go from here?” Durbin said. “We need to sit down. He [Sen. Cornyn], a Republican, myself as a Democrat, and find some common ground… Let’s sit down on a bipartisan basis, on a timely bipartisan basis… I’m willing to talk honestly about border security, and I’m sure he is willing to talk honestly about DACA and Dreamers and the critical needs of people who are coming into the United States.”1

It’s too late for common ground even if Democrats were interested in a legitimate solution. Too much damage has been done. It’s time for the GOP to step up, hold those responsible accountable, demand that we enforce our immigration and security laws, and start deporting the illegals Mayorkas ushered in.

Honesty about immigration has been off the table since January 2021. It’s time to bring it back.

What America does must work for immigrants? Why?

Durbin suggested that for some unexplained reason what we decide to do must be acceptable for immigrants:

We need an orderly process for immigration in America, both at the border and off the border. That means laws and rules, numbers that work for both the immigrants as well as the economy of America.2

We have no reason to trust the senator about immigration laws and rules. True to form, it didn’t take long for him to snap the olive branch with an attack on Republicans for not submitting to the Democrat Party’s DACA demands:

The DACA program has allowed hundreds of thousands of Dreamers to thrive in the United States. They are protected from deportation for now, but due to lawsuits by extreme MAGA Republicans, their fate is in the hands of a Republican-appointed judge who has repeatedly found DACA and other programs like it unlawful.3

When a Democrat uses Biden’s “MAGA Republican” slur, the conversation should end immediately. What comes next is inevitably left-wing hyperbole from a partisan who can’t be trusted. A deal with Democrat orthodoxy is a deal with the devil.

Like Democrats’ Inflation Reduction Act, the Deferred Action for Childhood Arrivals program was a lie from the start, a foot-in-the-door amnesty scheme that included adults up to 30 years of age who never took the steps necessary to become citizens or legal residents. The blame for the plight of recipients is Barack Obama’s. He never bothered with an exit strategy. DACA is certainly no less fair than what this administration is doing to American citizens by nullifying immigration law and pursuing the Great Replacement that Democrats angrily deny.

Durbin has been pushing for DACA and Dream Act amnesty for over two decades.4 Congress consistently refuses to buy into the idea, perhaps fearing public outrage at giving preference to illegals while legitimate immigrants jump through bureaucratic hoops to stay here. Besides, Washington’s most useful problems are the ones lawmakers never solve.

One of the big problems with Democrats permissive immigration policy is that illegals expect us to accommodate their situation even if they have had decades to amend their status:

Teachers, nurses, doctors, and criminals: show us the numbers.

If it’s true that “So many of them [DACA recipients] are teachers and nurses and doctors …”6 then Democrats should show us their proof. When that’s done, they can attempt a little honesty and reveal how many have been convicted of crimes, how many have been deported, and how many were caught coming back.

With a House GOP majority in place, Durbin and the Democrats will demand action from Republicans and blame them for the problem the Biden administration continues to make worse by ending Title 42, the very last of Trump’s successful border security policies. They will blame their opponents for the blood on Democrat hands and the hands of Biden, Harris, and Mayorkas, in particular. Their refusal to honor our sovereign border will be a national security issue that the GOP is now responsible for.

Impeach Mayorkas, vet the immigrants he let in, and kick out the gotaways.

Republicans own the House, so they have much better options than bargaining with the likes of Dick Durbin. They can start by impeaching Mayorkas and investigating Biden’s marching orders to the DHS secretary. Then, if Democrats want a deal they can come up with a plan to properly vet every single immigrant and asylum-seeker we let in and know about while we round up and deport the gotaways en masse, lock down the border, and then maybe cut a responsible deal to make legal immigration more efficient.

This is wishful thinking, to be sure. It’s too late for an immigration deal. Too much harm was done by Democrats who used their power to hurt us because they answer to radical activists instead of the American people. Republicans will be labeled racists, xenophobes, and white supremacists if they close the border to protect Americans. It doesn’t matter. We’re finally in control again. It’s time to start cleaning up their mess.

Author’s note: edited for clarity after publication date of November 21, 2022.