Home » American Ideals and Values » Revolt Against Trump: Get Even Now by Doing Five Things

You got what you wanted. The Democrats you voted for won. Maybe you did even better than that and instead of an old school lefty you backed one of the insurgents or neo-socialist whack jobs that liberal America is so enamored with. The media told you that Tuesday’s election was a referendum on the Trump administration. You felt good when it was over, but even though his party lost the House and you can sniff impeachment in the air you’re still not satisfied. How can you revolt against Trump for all the terrible things he’s done?

Relax. This is easier than you think. There are five things you can do to revolt against Trump right now to show how much you resent what he’s done to you, your family, and the country you love so much. First,

1. Give back your stock market profits. Cash in your stocks.

The stock market is the place to be when the economy is booming and booming it is. In the 2018 State of the Union the president affirmed:

Small business confidence is at an all-time high. The stock market has smashed one record after another, gaining $8 trillion in value. That is great news for Americans’ 401k, retirement, pension, and college savings accounts.1

Great news for investors means bad news for liberals who detest the idea of holding on to profit. Your 2018 gains took a big hit, but face it. That’s not good enough. If you’ve been in the market since January 2017 you are holding Trump blood money.

Get rid of it. Ill-gotten profit doesn’t have to compromise your values.

How can you make it right? Donate your profits earned on Trump’s watch to a charity and then cash in your stocks so if they keep rising in value you won’t buy into this record-setting economy. You won’t need the nest egg. That’s why your next step should be to dump your retirement account. 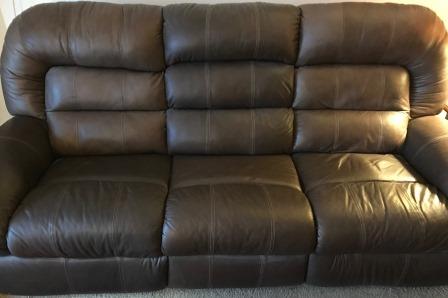 #5: let a migrant sleep on your couch

You don’t need retirement savings. All you need is more government. If you’ve been listening you know that Democrats will provide you with all the security you need when you stop working:

Your government owes you this:

Working Americans pay into Social Security with every paycheck. Social Security is the bedrock of the American retirement system. It ensures that after a lifetime of hard work, Americans can retire with dignity and some financial security.3

Newly-proposed H.R. 6929, “Strengthening Social Security Act of 2018” will make this promise even stronger and increase your benefits by tweaking the tax code. Not a single Republican co-sponsored the bill, a good sign that this is something you want. Just keep working, pay lots of taxes, and Washington will take care of your future.

There is a second silver lining to dumping your 401(k) early. The tax penalty means you can hand over more to the government. That should make your neo-socialist role models happy and you can feel a lot better about yourself. Not one dime of Trump profit will stain your golden years.

3. Put your tax refund to better use

Just because tax reform puts more money in your pocket doesn’t mean you have to wring your hands next year when expensive House spending bills get stalled in the GOP Senate. If you were finally able to land a job and get a tax refund there’s no reason to hang on to that extra money. Give it away or better yet, write another check to the government. It’s just more Republican blood money.

Now you’re out of the stock market, the 401(k) is gone, and you’ve given your tax refund to Uncle Sam so the government can fund your future.

What should you do next?

Don’t hold on to the new job you were stuck with when companies started hiring en masse. Just because we’re at historically low unemployment doesn’t mean you can’t come up with good reasons to show how much you resent the fact that Republicans made it easier to find work.

Revolt against Trump. Quit your job. The Democratic Party might spring for free coffee if you agree to hop on a bus and protest out in the cold this winter.

One more thing you can do:

5. Let a migrant sleep on your couch

This one is a no-brainer. If you really want to revolt against Trump and his hateful, racist, anti-immigrant agenda you should take in a migrant or better yet, an entire family of migrants. Protect them from ICE. Let them sleep on your couch or better yet, do what the lefty rich and famous do and offer them a job working in your house. If you aren’t running for office and don’t shoot your mouth off in public who will know?

That’s assuming, of course, that after you quit your job you still have something left to pay them with. If you don’t you can blame Republicans for that, too. With a little luck when Democrats take over the House in January they can do something about those unfair, discriminatory, work for welfare rules.

Granted this is a scorched earth solution but it’s not entirely original, either. Needy celebrities who wanted a little extra time in the spotlight didn’t live up to their threats. Too bad for us. That doesn’t mean you can’t stand by your beliefs and leave America behind.

All signs point to wasting the next two years with impeachment hearings that aren’t going to go anywhere. This is a lot like Republican health care reform. It sounds good to voters but when push comes to shove? You get the idea.