There is no length Democrats won’t go to in their quest to bring more dependence to U.S. taxpayers. Their story of bedraggled, beaten-down refugees from Central America culls up lots of sympathy from the left, but how much of what they tell us about the caravan from Honduras stands up to the facts? Not much, according to annual reports from Homeland Security. 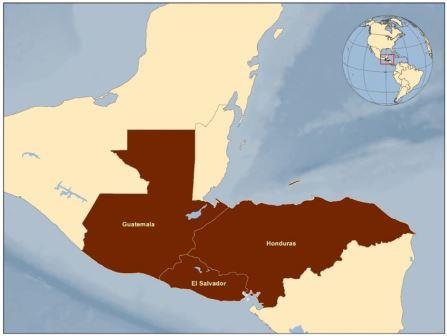 Blaming an opposition president for everything that goes wrong no matter how tenuous the connection is how the game is played. Most of us understand that. Despite Trump’s efforts to stop the flow of people Democrats refer to as migrants and refugees instead of voters-in-waiting, he gets the blame for the newest caravan from Honduras.

Thousands of Honduran refugees, fleeing dire economic straits and a repressive, anti-democratic President are braving the unspeakable dangers of a trans-national trip from Central America to the United States.1

She placed the blame squarely at Trump’s feet:

Instead of admitting some responsibility in creating the violent situation in Honduras, President Trump is yet again scapegoating immigrants and refugees.2

We’ve heard all this before. Democrats block every attempt to stop the wave of foreign nationals they lure to the U.S. with promises of a better life and then they blame the White House for the consequences.

Before the last batch of Democratic refugees swarmed our border last summer, California’s Norma Torres acknowledged that many of the migrants were from Honduras. She claimed violence, poverty, and Trump were at fault:

The Central America Caucus has been working on a bipartisan basis to address those problems. Unfortunately, President Trump’s weak leadership and lack of principles have made the situation much worse.3

Democrats blame our “heartless”4 leader. They claimed that the world was watching us with “outrage and horror”5 because of a problem that wouldn’t exist if we had a barrier at the border and no Democrats in Congress.

Instead of finding ways to stop more dependents from laying their needs and the Democratic Party’s future at the feet of America’s taxpayer, party members proposed the “Central America Family Protection and Reunification Act” to:

Months letter the party’s goals were rewarded with another caravan from Honduras. As it edges closer to the border we will hear about violence, turmoil, and all manner of abuse and the desperation it creates. No one will talk about the numbers the government releases every year about who makes up our illegal immigrant population or the fact that DHS data proves Democrats wrong.

Caravan from Honduras isn’t anything new

Long before Obama and Trump’s time Honduras was near the top of the list of Central American nations sending illegals to the U.S. The number of unauthorized immigrants from the country more than doubled from 2000 to 2010:

The most recent Homeland Security estimates released July 2017 show that for the period 2007 – 2014 the unauthorized immigrant population from Honduras grew by 44%.8 Trump was still years from office. This was Obama’s problem. No one blamed him. Instead of fixing it he gave his party one of the best issues it will ever have.

Now we’ve got another caravan from Honduras perfectly timed for an election that is crucial for House Republicans and the White House. Once again Democrats have managed to use undocumented immigrants to their benefit. I haven’t heard of any offers from party leaders to take these people in to live with their families or to let them stay in the extra bedrooms in their Georgetown brownstones. The care and feeding of these people will be a problem for Trump and the American taxpayer.

In remarks on Friday the president blamed non-existent laws for the approaching caravan:

So, we have the worst laws in the history of the world because we don’t have a big enough majority.9

The he suggested that if we wanted to we could come up with laws that would stop the problem.

I don’t know what laws he’s contemplating, but there isn’t a law I can think of that will stop what’s coming from Central America. When Mr. Trump made these comments he noted that the group was about 4,000 strong. Now we’re hearing estimates that top 7,000.
7,000 people are not a caravan or a group of migrants. 7,000 people are an invasion. The president has a solution for that if they make it to the border:

We’re calling up the military. And we’re going to have the military stationed. They’re not coming into this country.10

Texas Democrat Vicente Gonzalez took a more rational approach than many of his colleagues and one not dissimilar to Trump’s when he promoted working with Central American governments:

Now is the time to say, ‘we can solve this issue before it arrives at our doorstep.’ The U.S., and Mexico, need to strengthen the dialogue with every neighbor to the south and develop strategies to decrease gang violence, grow economies, and incentivize these individuals to live and flourish in their native countries.11

The problem is that Mr. Gonzalez’s party has made America too alluring. Rejecting migrants is portrayed as an anti-American act. We have mustered resources to take care of these people. The lucky ones who disappear into America have a good chance of being able to live and work without being caught. Why wouldn’t they make the effort to try?

That leaves us with thousands of people intent on trespassing across our border. President Trump is not going to get better laws. Rep. Gonazalez and any others in his party who recognize that this is a problem to be dealt with and not a political opportunity are not going to change life in the Northern Triangle in time. That leaves us with the military and an ugly scene at the border while Americans decide which party is going to run our government.

I don’t think any of us seriously believe that Democrats are behind this, but I bet they wish they were.

9. “Remarks by President Trump at Signing of Presidential Memorandum to Promote the Reliable Supply and Delivery of Water in the West.” Whitehouse.gov. October 19, 2018. https://www.whitehouse.gov/briefings-statements/remarks-president-trump-signing-presidential-memorandum-promote-reliable-supply-delivery-water-west/, retrieved October 22, 2018.