Left-wing activists, liberal politicians, school administrators, teachers, mayors, and public officials everywhere are openly encouraging Americans to resent our country, values, history, culture, and even our own people. Their resentment is poison to our country. It’s also a bounty for the political left. Leftists hope that growing resentment will drive people away from the values that made us great and towards the phony pseudo-Marxist paradise espoused by contemporary progressivism.

Biden mentor Barack Obama relied on resentment. When he couldn’t get what he wanted from Congress he went to the stump with the message that the dominant powers in our society didn’t want the less fortunate to have what they are entitled to. Even illegal immigrants were included in the mix. Ask yourself: how many Americans knew the meaning of “xenophobe” before Republicans called him out on illegal immigration?

Obama stopped short of the anti-white racism that is spreading like COVID through our society. The leftist insanity is now so pervasive and extreme that the mayor of Chicago felt justified announcing that she will refuse media interviews with white people. 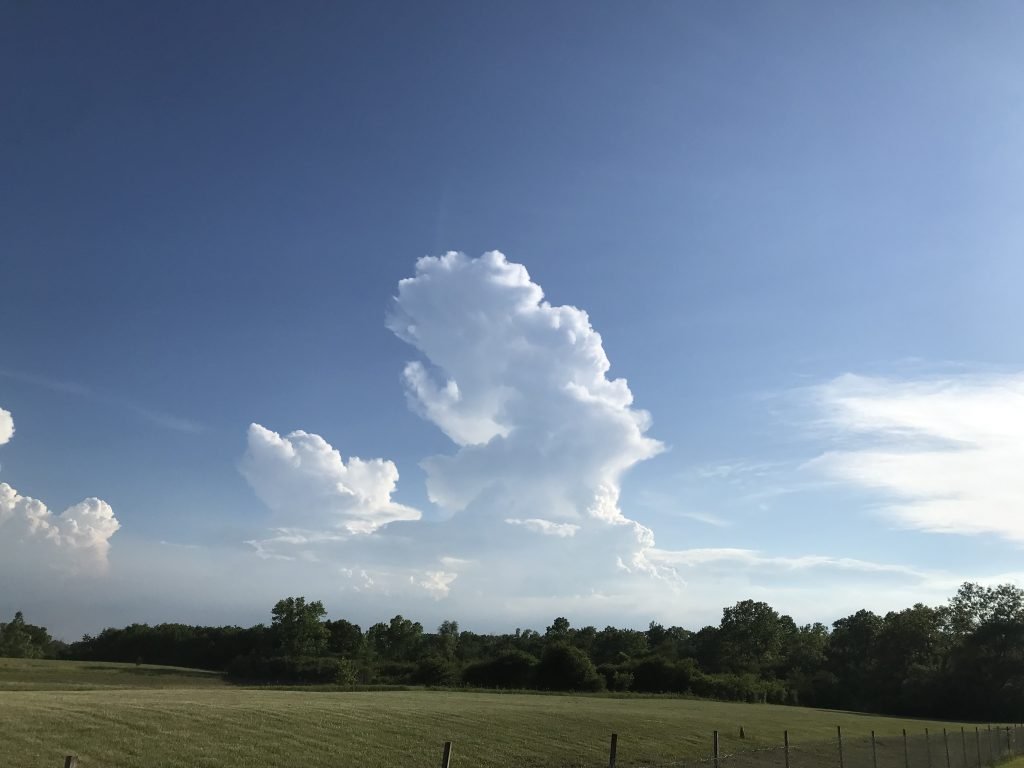 Resentment is poison for America and a feast for the left

Left-wingers lost their minds during the Trump years because we had a president who refused to buy into the narrative that we should feel guilty, ashamed, and resentful for being proud of America.

Promoting the truth that America is the greatest nation on earth with good people who do good things discredits every falsehood the left demands we accept while they grow resentment among the vulnerable. The lies keep coming. The strategy must be working because the prevailing liberal narrative is so absurd that if it wasn’t believed Democrats would be run out of town by their own voters.

Where are they headed with all this resentment? Atonement through the tax code.

Why does the left spread resentment? Ask Marx.

Nothing speaks to resenting America and our people like Critical Race Theory. Congressman Burgess Owens (R-UT) gets it right:

Marxism stokes division by fanning the flames of class, race, and gender resentment. Critical Race Theory was dreamt up by Marxists as a tool with which to sell Marxism in America.1

We had enough of the flames of class and race resentment last summer. Private businesses were looted. Anti-capitalist activists justified the crimes as income redistribution and reparations.

The message was clear: if you don’t have what you want and you aren’t white, take it. America owes you. You have every right to be resentful.

Only liberal left liars blame America for these things

Resentment is growing so rapidly that it’s incumbent on those who care about our country to call out the lies. There are many. They are all too familiar.

The truth about the lies creating resentment against America

1. America is not a racist nation.

Yes, there is racism in our history. In a country with 330 million people it is not surprising that there are random racist acts. Congressional Democrats try to connect the dots and prove this is a national scourge that’s endemic in our society. When they do this they are lying about the facts. Anecdotes about racism prove nothing, but they are great for creating resentment.

We enforce the law. Forgiving crime, releasing dangerous felons, outlawing cash bail, and blaming it on an unfair system doesn’t protect anyone except criminals and Democrats who want them released and voting, or at least incarcerated and voting.

3. Not all people who are black or brown are underprivileged, helpless victims.

Not all black and brown people are poor. They are not missing out on the American Dream because of white people and Republicans, but if Biden has his way with the economy they will lose out on their futures while Democratic Party officials prosper. That’s how socialism works. How many times does history have to teach this lesson?

4. Americans are not xenophobic.

The Americans Obama labeled as xenophobes only asked that immigrants respect our immigration laws just like every other developed country. We have a right to know that the people sweeping across our border are not sex offenders or terrorists or Central American gang members. Why is this such a problem for the left and a president who swore to preserve, protect, and defend and refuses to do any of these things?

5. We don’t object to protecting the environment.

We object to obsessive ideologues who want to destroy our economy, kill jobs, incur massive debt, and entrench themselves in power. Climate change is just an excuse to transition our economy to a system where activist Democrats take our money and control our every move.

BUT people from all over the world come here to be healed. Some have no money to pay. Some are children with terrible diseases and deformities. We take care of them, sometimes at exorbitant cost just like we treat anyone who shows up in an emergency room whether or not they have money or insurance and regardless of the color of their skin.

Yes, communities of color suffered hugely because of COVID but Democrats are the ones who wrote the law that dictates how we take care of people. If you want to be resentful over health care don’t resent our country. Resent the Democratic Party.

7. There is no discrimination in the voting booth.

Joe Biden’s Jim Crow propaganda is a lie. The biggest lie of all when it comes to voting is that people with the wherewithal to cast a ballot are incapable of proving who they are because of the color of their skin. If they can drive, if they have a place to live, if they work, if they have a bank account, if they have a child in school, if the buy alcohol or weed or cigarettes they have ID.

Who doesn’t have ID to vote? Illegal immigrants and Democrats know it.

8. Police are not murderers.

Police protect us from murderers to the best of their ability in the places where they are allowed to do their job. Sometimes this leads to violence between the police and offenders. When the violence is directed at people of color who have committed a crime or put the police in peril it doesn’t mean police are brutal or racist. It means they are doing their job despite the lies we hear from radical Democrats like Ayanna Pressley (D-MA) and Cori Bush (D-MO):

Enacting the reforms included in the George Floyd Justice in Policing Act is not only long-overdue, but a matter of responsible policymaking. It is essential to our work in preventing the onslaught of police violence that has robbed so many in our communities of their loved ones..2

Onslaught of violence? Perhaps Pressley and Bush missed the newest statistics on violent crime in the cities their party controls. Just because there are people who love you doesn’t mean you are not a violent criminal. Families always want to believe the best. Even people on death row have parents.

On June 6, 2021 WGN News reported 50 shot in Chicago over the weekend including an 11-year old girl.3 These were not victims of an “onslaught of police violence.” These were victims of the communities the left insists need less policing, no cash bail laws, and the release of criminals from incarceration.

Homicides in Atlanta are up 60 percent from this time last year.4

Perhaps we need more, not less police violence. Sooner or later the killing has to stop.

9. Conservative Americans are not the biggest threat to America.

Capitol Hill’s activist lawmakers finally have something better than tired Charlottesville to wave in the faces of the American people:

House Democrats are also committed to protecting the American people here at the Capitol complex from insurrectionists and domestic terrorists who have been inspired by the big lie that House Republicans continue to elevate.5

Insurrectionists and domestic terrorists should be arrested and charged. We can’t do that with liberal policymakers who want to live in an armed camp from which they can poison the minds of the American people by giving them an endless list of reasons to resent our country. These are the bad actors we should beware.

Is resentment more important than D-Day?

Did Biden’s advisors tell him that D-Day isn’t much good for stirring up resentment? The war in Europe wasn’t a white vs. black conflict and Biden’s party keeps proving it is endlessly tolerant of anti-Semitism when it comes from fellow Democrats.

The heroes who protected our freedoms, the freedom of the West, and who eventually liberated the death camps won’t hold much value with a political left that probably writes off D-Day as a white supremacist incursion of Europe.

Townhall reports that Biden tweeted about the May 31, 1921 Tulsa Massacre on the anniversary of D-Day. His remarks were not meant to heal. He could have used the opportunity to talk about how far we’ve come as a nation since 1921. Instead, he reminded Americans of Charlottesville and then shamelessly tried to connect the Tulsa Massacre with the January 9 (yep, he got that wrong) Capitol Riot:

Well, Mother Fletcher said when she saw the insurrection at the Capitol on January the 9th [6th], it broke her heart — a mob of violent white extremists — thugs. Said it reminded her what happened here in Greenwood 100 years ago.6

So now the Capitol Riot is about racism because Joe Biden says so even if he can’t remember the date of this penultimate Democratic Party call to action.

Perhaps he couldn’t remember the date of D-Day, either, or more likely his controllers told him it didn’t matter. They have too much resentment to encourage and incite. It’s poison to our country but it’s the kind of poison activist politicians thrive on.

5“Chairman Jeffries: “We Must Act Decisively to Stamp Out Anti-Asian Violence Whenever and Wherever It Is Found.” dems.gov. May 18, 2021. https://www.dems.gov/newsroom/press-releases/chairman-jeffries-we-must-act-decisively-to-stamp-out-anti-asian-violence-whenever-and-wherever-it-is-found, retrieved June 7, 2021.