Radical left activists still maintain that “all lives matter” is a racist statement. When it comes to Jewish Americans, radical left politicians seem to agree. While they deplore anecdotal accounts of violence towards Asian Americans, elements of the congressional left are actively stirring up hate towards Jewish Americans that will inevitably lead us to a place our country should never go.

Do all American lives make a difference, or does radical left politics get to decide which lives count and which should be the objects of hate? We already know too well where white people stand. What about Jewish Americans?

When Donald Trump was in office Democrats eagerly charged him with inciting anti-Semitism. There was no real evidence for this, but it was easy to make the false connection because Democrats wanted so badly to blame him for any and all hate crimes that took place on his watch. Lies fed their narrative. The goal made that OK. 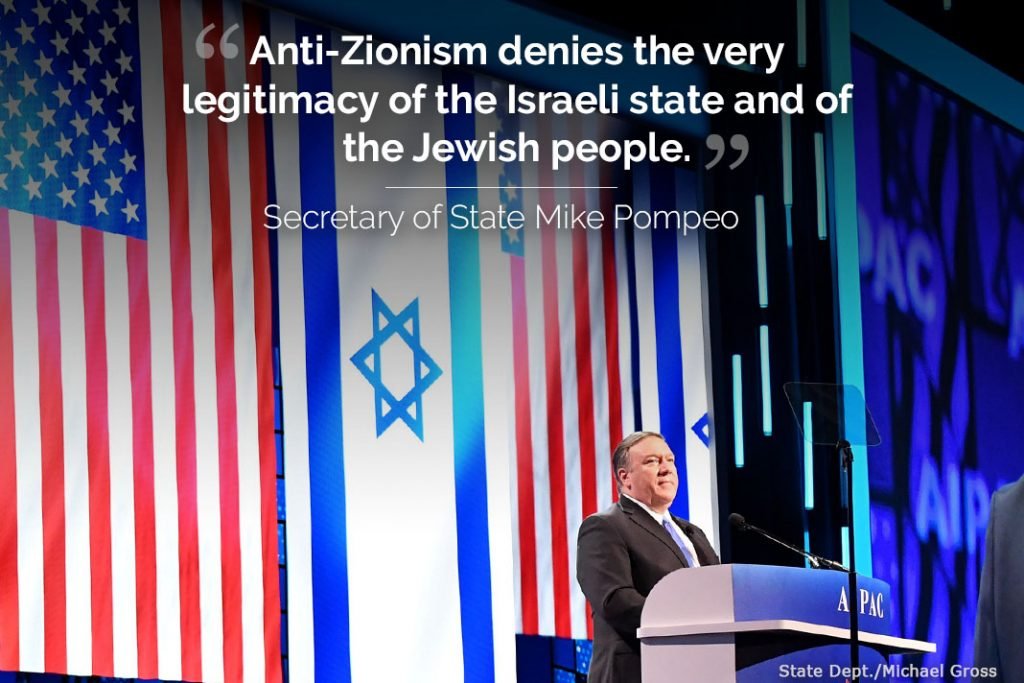 Unlike the partisan allegations of Trump’s alleged racism, radical left politicians brazenly put their anti-Semitic, anti-Israel hate in print. They are exerting a lot of effort to stir up anger not only against the Jewish state but against our government as well:

The harsh truth is that these [‘direct attack’] weapons are being sold by the United States to Israel with the clear understanding that the vast majority of them will be used to bomb Gaza.1

They tell us we are helping Israel kill children:

It is unconscionable that, in the middle of a violent conflict that has taken the lives of over 200 people, including over 60 children, that we would continue to sell weapons to one of the parties committing those human rights abuses. Let’s be clear: these are the exact bombs being used to kill children in Gaza right now.2

They insist we share the guilt with Israel of atrocities committed against innocents:

Our government is directly complicit in the human rights atrocities being inflicted by the Israeli military on Palestinians, and it is our job as members of Congress to make sure that we stop funding these abuses. In the midst of a deadly pandemic, the Israeli military, which is one of the most advanced militaries in the world, is attacking a largely defenseless, captive civilian Palestinian population.3

Their efforts are paying off. We’re seeing mass demonstrations in our cities similar to what radical left politics encouraged after George Floyd’s death. Any incidents of violence against Jewish Americans will be ignored or blamed on white supremacy, just like the violence at the hands of Black Lives Matter protesters last summer was ignored by Democratic lawmakers like Connecticut Rep. John Larson:

I stand in support with the thousands of peaceful protestors across Connecticut and the nation. The outpouring across our country demonstrates the resolve of the nation to work together to eradicate systemic racism. If we don’t act, these tragedies will continue.4

The radical left’s foot soldiers certainly acted. The tragedies that befell businesses and urban communities were denied and ignored. These were peaceful protests, not race riots with mob action and looting.

Because they lack the ability to negotiate responsible policy, radical cowards prefer to stir up the people and then deny responsibility for what comes next. It worked last summer. Why not now?

Alexandria Ocasio-Cortez (D-NY), Rashida Tlaib (D-MI), Ilhan Omar (D-MN), Mark Pocan (D-WI), Cori Bush (D-MO),5 and every other Democrat who incites anti-Israel hate is just as responsible as they held Donald Trump for every hate crime and act of violence against Jewish Americans that occurs in the wake of the Israel-Palestine conflict. These radical left politicians must be held just as accountable as the Trump supporters, Republican lawmakers, police officers, and other Americans they erroneously blame for violence against the groups valued most by Democrat Party identity politics.

Bernie, do all lives matter in America or only in Israel?

On the Senate side Bernie Sanders’ (D-VT) S.Res. 225 A Resolution expressing the sense of the Senate regarding the value of Palestinian and Israeli lives and urging an immediate cease-fire and diplomatic efforts to resolve the Israeli-Palestinian conflict begins with two statements:

Whereas every Palestinian life matters; and

Whereas every Israeli life matters6

Was Sanders worried he would anger his even farther-left congressional cohorts if he didn’t put our ally Israel second to Palestine?

UPDATE May 23, 2021: Democrats can’t have it both ways. Inflammatory rhetoric from radical left politicians makes their party complicit.

You don’t have to look very hard to see the results of the angry rhetoric directed at Israel. The Washington Post7 and other news outlets report that violence against Jews in America is on the rise. While radical Democrats will reject any and all accountability they can’t have it both ways. Either angry rhetoric incites violence or it doesn’t.

Cori Bush accuses the U.S. government of being “directly complicit” in violence against Palestinians. She and her radical colleagues are also complicit in furthering the inflammatory speech demonizing Israel that continues to smolder in the House. They likewise must be held accountable just as Democrats blamed Donald Trump for anti-Asian violence because he had the temerity to point a finger at China for the enormous loss of life from COVID-19.

We’ll let Maxine Waters (D-CA) conclude. She’s been in a bit of hot water herself for encouraging Americans to act out their anger. From a February 19, 2021 press release it’s apparent she understands the danger in the rhetoric engaged in by her colleagues:

While Donald Trump is no longer the president, the effects of his anti-Asian rhetoric, scapegoating, and xenophobia continue to incite harassment, discrimination, and violence against the Asian American community.8

Democrats can no longer hold Trump accountable but we can hold them accountable.

6“S.Res.225 – A resolution expressing the sense of the Senate regarding the value of Palestinian and Israeli lives and urging an immediate cease-fire and diplomatic efforts to resolve the Israeli-Palestinian conflict.” congress.gov. https://www.congress.gov/117/bills/sres225/BILLS-117sres225is.xml, retrieved May 22, 2021.