Even if you are not from Illinois you’ve probably heard about the anti-violence demonstration that rocked Chicago’s Dan Ryan Expressway last Saturday. Using protest mob tactics to raise awareness of something we already know too much about by obstructing people who have nothing to do with the problem is pointless and futile. It’s likely safer to walk on a busy expressway than to stake out a violent city neighborhood, but the gesture is as senseless as the violence demonstrators fear we don’t know about.

The expressway demonstration drew heavily from the leftist playbook. Once again the protest mob made us wonder whether activists are out of ideas or are simply looking for new ways to pass the buck and extract more money from taxpayers. There is a lot of money in violence, everything from federal crime prevention grants to school funding.

Why protest on an expressway? It’s true that there have been some shootings on Chicago area roadways, but if protesters really want to make a point they can set up tents in the neighborhoods that give the city a national reputation for killing. Cell phones have cameras. They take video. I can’t think of a better way to drive the point home.

At least one Chicago congressman suggested a slightly different idea. Rep. Bobby Rush proposed that we use cameras to keep the police in line and the money flowing:

In an effort to bring more accountability to police departments across the country Rush introduced H.R. 1213, the “Laquan McDonald Camera Act of 2017” which requires, as a condition on the receipt of federal funds, that law enforcement agencies to have in effect a policy regarding the use of body-worn and dashboard cameras.1

Even though Einstein never uttered the famous line about insanity and doing the same thing over and over in this instance the point is well taken. Protesters got the green light from Mayor and mayoral candidate Rahm Emanuel to obstruct a critical public expressway to raise awareness of a national disgrace everyone knows about. The governor disagreed. The two butted heads. Activist Priest Michael Pfleger helped lend some ethical credibility but after everything that has come before this, does it make any difference who says what?

Raising awareness of violence with protest mob tactics that draw attention and go nowhere is crazy. It is also the trendy preferred solution for issues too good to let go of. 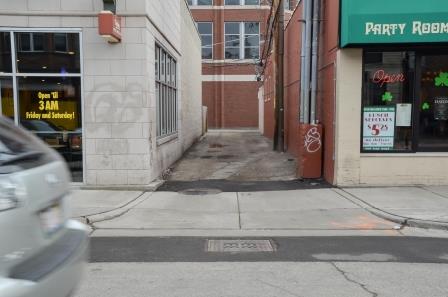 Last year President Trump either offered or threatened to send troops to Chicago. With the president it’s often difficult to tell which is which. Nevertheless, in an op-ed in Crain’s Chicago Business Congressman Mike Quigley responded by accusing the president of bullying the city.2

Quigley is a Democrat. He has enough experience to know that when you solve problems there is nothing left to fight over. The money stops coming. That makes futile words and gestures good things, especially in a city that keeps getting cash for problems that never go away.

One expressway anti-violence protester helped to raise my awareness on the local news by suggesting that better education was the answer. Others called for more jobs. I didn’t hear any suggestions on how to stop people from killing right here and now. Trump’s offer still sounds like the best bet for keeping people safe and either locking up or eliminating the problem altogether but that was last year. The White House has moved on to other things.

Meanwhile the money keeps coming. Another half a million dollars was awarded to Chicago last October by a favorite target of the angry left, the Justice Department, to help stop the “unacceptable level of violent crime”3 in the city. Project Safe Neighborhoods was also recently reauthorized to deal with problems including MS-13.4 Ironically, when a bill was proposed to remove gang members all but 11 Democrats in the House said no.5

No troops, no legislation, how about research?

So we don’t want to put armed men and women on the street corners. We can’t pass a bill to kick out gang members who aren’t citizens. What we can do is waste police officers’ time and taxpayer money controlling a mob protest on an expressway that accomplishes nothing other than to confirm what we already know.

People in Chicago and other big cities will continue to kill each other. What should we do? Ask a Democrat far removed from the bloodshed:

And why are we still not funding research into gun violence? Children are dying. We could be doing so much more to help shed light on this.6

That’s right. We need to spend more money so we know why people shoot each other. Maybe that will raise our awareness enough to understand that drastic problems need drastic solutions. Mob protest on an expressway doesn’t count.

Yesterday’s anti-violence march targeted Lake Shore Drive and Chicago’s Wrigley Field ballpark. The protest was another exercise in far left hypocrisy. Marchers claimed that they wanted to spread the pain around, presumably away from violence-ridden neighborhoods to the more well-to-do north side. I still haven’t figured out what that means. It’s not as if we don’t hear about the city’s murders every time we turn on the TV, radio, or go online to have a look at the news.

I also can’t figure out how these people think that anyone is to blame but the criminals in the neighborhoods they think they are supporting by not only disrupting the lives of those who have nothing to do with gun violence, but also by blaming them for the problem. Perhaps if they persuaded the wealthy Chicagoans to whom they want to spread the pain to march in the city’s most dangerous neighborhoods they could make a point about solidarity, but that likely won’t work because solidarity isn’t what they are after. The goal is to blame others in hopes of covering up the failure to take responsibility.

While watching footage of the marchers it looked like a good number of them wouldn’t last five minutes in Englewood or Riverdale. White guilt being what it is among the liberal set they must have felt duty-bound to hit the streets to show solidarity with people they have nothing in common with.

Most of us didn’t pay much attention. It was a Thursday afternoon. We were busy at work.

As of this morning local news is reporting at least 70 people shot in Chicago over the weekend.*

There will be protests. Public officials and politicians will talk about money and poverty. Trump may even weigh in with a Tweet or two.

These are some ideas we heard from Rep. Quigley:

That’s why introduced the bipartisan NICS Denial Notification Act, which establishes an alert system to notify state and local law enforcement when criminals break the law attempting to acquire a gun.

I’ve also been proud to cosponsor legislation requiring mandatory background checks on 100 percent of gun sales and limiting the sale of assault weapons and high-capacity magazines to keep weapons out of the hands of high-risk individuals.7

Except the thousands of illegal guns on the streets don’t have to pass any kind of a check. They are already out there. That’s why they’re called illegal guns.

Assault weapons are a hot button. As WGN-TV reported, very few of the guns seized in the city are assault rifles.

UPDATE August 21, 2018: when do Chicago shootings become a humanitarian crisis?

Two days after the end of another incredibly violent Chicago weekend despite CPD’s efforts to bolster the police presence we should ask when Chicago’s worst neighborhoods deserve the label “humanitarian crisis.”

Democratic House members don’t have an issue applying those two words to what is happening at the border. California’s Julia Brownley opined:

Congress must address this humanitarian crisis and move forward with an immigration policy that actually reflects our values as a nation. The very soul of America depends on it.8

Illinois’ own Jan Schakowsky is horrified about how we manage our immigration courts:

I witnessed the full consequences of President Trump’s zero-humanity, zero-tolerance policy at the border and it was absolutely horrifying. In the courtrooms, we saw mass prosecutions of over 70 people at once. This assembly-line justice has no place in our democracy and must end immediately.9

Almost 60 people were shot in the city last weekend. No justice was involved. Assembly-line shootings are apparently less of an issue for Schakowsky’s party than how we process a flood of undocumented immigrants with limited federal resources.

If the same level of violence that is snuffing out lives in the Windy City was afflicting immigrants at the border Democrats would be shrieking to the heavens for a solution. In a city that delivers a guaranteed Democratic vote election after election, why should they bother?

*August 13, 2018: news outlets finally settled on 70 or more, though when you’re talking numbers this appalling do five or ten in either direction really matter?