It makes sense that a congressman from Chicago, Illinois would want to do everything humanly possible to cut down on the city’s gang problem. I’m not sure how he feels about gangbangers who are citizens, but Rep. Luis Gutierrez is certainly concerned about criminal alien gang members who could be removed if H.R. 3697, the Criminal Alien Gang Member Removal Act, picks up more traction and becomes law:

his [Speaker Ryan’s] priority is feeding red meat to the anti-immigration wing of his party and satisfying them with a big helping of ‘let’s label Latino youth as machete-wielding menaces.’1

That sounds a little inflammatory even for Gutierrez, but when it comes to immigration he has a knack for that. Is profiling Latinos what this bill is about? 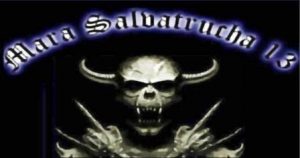 Even if we choose to play pretend and ignore groups like MS-13 because it conflicts with how we would like the world to be, most of us would still agree that we don’t have a use for gang members or criminal aliens in our urban neighborhoods.

Thanks to Congresswoman Barbara Comstock (R-VA) we now have H.R. 3697, the Criminal Alien Gang Member Removal Act. The bill was introduced on September 7, 2017 with six Republican cosponsors. Despite Congressman Gutierrez’s outrage the legislation has a very sensible purpose:

(ii) has participated in the activities of a criminal gang (as so defined), knowing or having reason to know that such activities will promote, further, aid, or support the illegal activity of the criminal gang.”.2

Roll call 517 gave H.R. 3697 222 Republican and 11 Democratic votes when it passed in the House yesterday morning. The question now is whether propaganda from the left will defeat it before it goes any farther.

The bill broadly overreaches and puts Americans and immigrants at risk of being unjustly profiled. The sweeping discretion given to enforcement officials is so dangerously broad that it would classify nuns who assist undocumented immigrants as gang members.3

The profiling argument is an old one that usually works because it drags the Constitution into the debate. Nuns? I give the congresswoman credit for originality, but if a nun is aiding and abetting a criminal alien gang member we should charge her, too.

This bill brings shame upon this House and this nation’s tradition of due process and fundamental fairness. I urge my colleagues to reject this unconstitutional—and unconscionable—legislation, and I yield back the balance of my time.4

Shame is a pretty strong word when you shamelessly come up with constitutional excuses to protect criminal aliens. That’s what we get from politicians who have such little faith in our system that they assume we will be rounding up wide-eyed innocents by mistake.

Yes, there is such a thing as a criminal alien gang member

MS-13 exists. It is a problem. In Congressman Nadler’s backyard the FBI is working to shut down this criminal alien gang:

Since 2010, the task force has arrested over 200 MS-13 members, resulting in the successful prosecution of members involved in over 35 homicides. A majority of those MS-13 members have been convicted on federal racketeering charges for participating in murders, attempted murders, and assaults. Since 2016, MS-13 is believed to be responsible for more than 20 homicides in Suffolk and Nassau Counties.5

The FBI is made up of smart men and women. They are good at what they do and have enough experience to know the difference between a nun, a child, and a criminal alien gang member. The shame should rest with anyone who has so little faith in our country that they would publicly argue otherwise.

H.R. 3697 hasn’t moved very far since its passage in the House. On September 18, 2017 it went to the Senate Committee on the Judiciary.6 That’s where the trail ends.

The House Judiciary Committee acknowledged the seriousness of the alien gang problem when it approved H.R.3249 on November 2, 2017. If passed, the Project Safe Neighborhoods Grant Program Authorization Act would give states and localities $50 million in 2018, 2019, and 2020 to help them battle gangs like MS-13.7

The committee pointed out that there are 10,000 MS-13 members in the U.S. spread over 40 states.8 Where did MS-13 gain a foothold? Los Angeles,9 one of the targets of ICE’s Operation Safe City that went after criminal aliens, gang members, and a litany of other immigration violators in cities that don’t honor immigration detainers.10 In LA 101 individuals were arrested.