Home » Government Ethics » Our Messiah is Not This Pretentious Democratic Party

The mantle of responsibility fell hard on the Democratic Party. Perhaps it was the Christmas season that caused members to frame their latest undertaking in messianic terms, as if the democratic republic they are sworn to save will vanish from the face of the earth if they don’t do the wrong thing.

That’s a pretty arrogant take on America’s fragility from self-serving liberal politicians who forget that it’s the people, not those we elect who make our country great and keep it moving forward to greater things. America doesn’t need politicians. They need us.

At least Democrats fear Trump’s power. Have we ever had a president who can destroy nearly two and a half centuries of progress and the world’s greatest democratic republic with a single phone call?

This sad version of the Democratic Party wants to be America’s messiah. It started with pre-election warnings about Trump’s finger and the nuclear button. Fortunately, that Trumpian nuclear holocaust never happened. Now it’s only America’s future at risk, or so we’re told.

Most of us can figure out what this is really about. 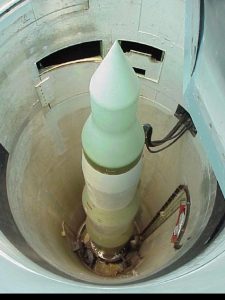 Will the Democratic Messiah stop the greatest danger to America?

A rare and terrible cure for Trump

It’s not often that we hear poetry coming from the House, but Rep. Stephen Lynch (D-MA) came close while speaking of the imminent disaster we face:

I believe it is and should remain a rare and terrible measure for Congress to take action so disruptive and drastic as to remove a duly-elected President from office. Indeed, it is only to be undertaken when the evidence demonstrates that to allow the President to remain in office presents a greater danger to our democratic republic.1

Rare and terrible measure is pretty profound phrasing, though I’ll grant Rep. Lynch the “terrible” part. As far as saving America is concerned, Democrats need to keep their hands off. Prosperity is the Christmas theme this year with new stock market records and a massive $1.4 trillion federal spending bill that exudes confidence that taxpayers can shoulder more federal debt. That debt may destroy what Americans have created but that’s not the destructive force the House is concerned with, so back to saving the nation.

Rep. Debbie Dingell (D-MI) confused our future with her party’s destiny. She wound up in Trump’s cross hairs or to be precise, her late husband did because of her vote to get rid of our president:

I will vote for both articles of impeachment to protect our Constitution, our democratic republic, and the future of our country.2

At least one Democrat seems to have forgotten where and why this all started, but she has no doubt about the gravity of the undertaking:

It is up to us to confront those facts – and vote to preserve and protect our Democratic republic. This is not a fight I or my colleagues sought out when we ran for Congress. But it is one we pledged when we raised our right hand and swore an oath to defend our Constitution.3

That confusing bit of nonsense came from Massachusetts newcomer Lori Trahan. She was elected to the House in 2019 so she should have known what she was signing on for when she decided to run for office. Since November 2016 her party has been about nothing but rescuing our democratic republic for Democrats.

Perhaps Rep. Trahan is perplexed by the pretentious tone of the messages coming from the House leadership. Nancy Pelosi sounded delusional one day after the gavel fell and impeachment died on its way to the Senate:

It seems like people have a spring in their steps because the President was held accountable for his reckless behavior.4

No one is above the law, and the President has been held accountable.5

If Pelosi repeats “held accountable” enough times perhaps she will believe it. The president is still with us and doesn’t show any signs of leaving. If anything he’s been emboldened by Democrats who didn’t think their strategy through and can’t figure out what to do with their two solitary articles that threaten to pass away just as quickly as the bills piling up on Mitch McConnell’s doorstep.

This Democratic messiah won’t save our republic

Pretentious is the best word I can come up with to describe the Democrats’ Yuletide impeachment party. You can’t take credit for saving America while in the same breath distancing yourself from blame by claiming you have no choice, but that’s exactly what they are doing.

The Democratic Party is not our messiah. Black-clad Nancy Pelosi is not our lord. Nadler, Schiff, and Schumer are not three wise men. They are trying to save themselves from another defeat and with each passing day it seems less likely they will succeed.

Diversity? Pretentious Democratic messiah is a hypocrite, too

Democrats held another debate while all this foolishness went on apparently without the benefit of rational thought about the damage a coup attempt will do to their election hopes. The latest televised liberal tour de force featured non-socialist, accountable capitalism candidate Elizabeth Warren, for-real aging socialist Bernie Sanders, old white guy Joe Biden, and a host of hangers-on that did a pretty poor job of representing the diversity their party made a national issue.

Did Democrats forget to apply the same diversity rules to the 2020 election that die hard Trump impeacher Al Green (D-TX) set for the House impeachment proceedings?

Today, as Congress examines the constitutionality of impeaching President Donald John Trump, I have noticed a grave oversight. While erudite and experienced, none of the witnesses are persons of color. To see the committee hearing experts on the topic of impeachment with not one of color is both regrettable and disrespectful.6

Finding hypocrisy on Capitol Hill is a fish in a barrel scenario. Behind all the messianic sanctimony lies the biggest deception of all.

Who is our democratic republic all about, anyway?

The whole idea of a democratic republic is that the people, not politicians rule. Politicians are only our voice. Democrats not only ignore that maxim, they take it upon themselves to decide what’s best for their party and then ram it down American throats while insisting we swallow what’s good for us.

A shooting at a Texas church and an anti-Semitic attack in Monsey, New York gave Democrats a chance to strut their stuff.

Senator Chuck Schumer ramped up the rhetoric to get more federal funding:

While state and local authorities are often closest to the threat and best equipped to neutralize it, these federal resources are critical to ensuring local officials have everything they need to go after these types of heinous crimes with the full force of the law. It’s clear that we are in the midst of a national crisis of hate and intolerance and this moment demands and all-hands-on-deck approach.7

Then he suggested something that isn’t true:

This rise in anti-Semitism, the attacks in churches, places of worship, and the notion that evil acts and intolerance might simply spread and reflect some new ‘normal’ is gravely unacceptable.8

I don’t think Americans will ever accept that notion or view hate crimes as normal. We don’t need Democrats like Schumer to tell us what’s right and wrong. On the other hand, manipulating hate crimes for political purposes is wrong and it has been a mainstay of Schumer’s party ever since Trump set foot in the White House.

The senator mentioned the Obama-era Matthew Shepard and James Byrd, Jr. Hate Crimes Prevention Act and asks for more funding. It’s far from clear how more money will deter random attacks that are difficult, if not impossible to predict.

Citing a “rising trend of terrorist attacks”8 New York’s Jerry Nadler and a handful of House colleagues also talked about more money. They cite a 34.8% increase in hate crimes for the period 2014-2018 mentioned in an AP article but don’t qualify the data despite the FBI’s “Caution to users” warning about proper use and interpretation of its hate crime numbers.9 That’s important, because hate crimes run so counter to our values that it’s easy to abuse statistics out of fear and anger.

Democrats view hate crimes as a coordinated national movement and not a series of incidents connected rhetorically by a highly politicized liberal agenda. That means we will spend more money, not put an end to these offenses, and continue to use them to blame the Trump administration for inciting violence.

The left favors restricting guns, but it was a responsible gun owner who saved churchgoers in Texas. When the suggestion was made that we arm willing teachers in schools Trump was roundly condemned by Democrats who have no workable solution to keep kids or any Americans safe from the violence they use as a political weapon. Their solution is to spend because it’s one of the only things they are good at.

At least they can’t blame the Monsey attack on white nationalism.

Edited for clarity after publication date of December 23, 2019.