Liberal politics in Illinois did not prevent Obama’s hometown from becoming a slaughterhouse. Spending for neighborhood projects and community initiatives has not stopped Chicago shootings. After the city celebrated Independence Day weekend with over 80 shootings, the summer has settled into a comfortable pattern of daily news of more shootings to the accompaniment of tiresome calls to end gun violence and take back the city’s worst neighborhoods. How does impotent, spendthrift Illinois liberal politics respond?

The governor’s office is facing federal and state probes of an anti-violence initiative that cost taxpayers tens of millions. The election year response to Chicago shootings is a fight between gubernatorial candidate Bruce Rauner and Pat Quinn over assault weapons. Meanwhile, yesterday gave us an incredibly politicized funeral for an 11-year-old girl killed by a stray bullet. As the weekend ends we will get the newest tally of Chicago shootings.

Irresponsible liberal politics won’t stop the violence. That doesn’t mean lots of money can’t be dedicated to a problem liberalism is incapable of solving. Mayor Rahm Emanuel characterized the Independence Day bloodbath as unacceptable. Most of us would call it predictable and unavoidable given the state of affairs in Chicago. The city is a microcosm for the kind of socioeconomic havoc the mayor’s former community organizer boss is eager to bring to the rest of the country.

In Illinois, public money is meant to be stolen, over budgeted, and abused. Even if spending for community-based projects did any good, using tax dollars for their announced purpose is another battle altogether. That’s why education spending has to battle public pensions.

While state and federal investigations into Quinn’s Neighborhood Recovery Initiative compete over who gets first dibs on another Illinois governor, taxpayers should be asking why the program’s $55 million didn’t put the same boots on the ground Rick Perry is sending to the border. Are armed guards on Chicago streets bad PR for liberal politics that has drained public coffers while the state and city of Chicago descend into death spirals of debt? 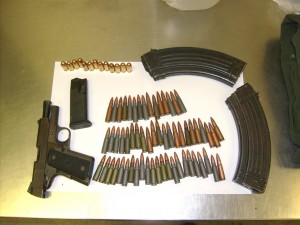 Quinn has retreated into a typical election year strategy. He attacks opponent Bruce Rauner because of his stance on assault weapons and avoids the issue of Chicago shootings by resorting to a favorite gun control hot button. Emmanuel and Quinn have joined in their refusal to deal with the city’s gun violence (see February 18, 2018 update), preferring to battle over trendy liberal causes like gun control while coming up with new ways to funnel public money to communities. Quinn seems obsessed with Rauner’s refusal to ban assault weapons while he engages in press-worthy public appearances announcing new social programs and spending that will do nothing to stop Chicago gun violence.

Illinois liberal politics demands lots of spending for projects like the $15 million community center going up in the Pullman neighborhood, another effort to segregate kids in safe places so they can’t be shot. Will it stop them from joining street gangs? Can playing sports compete with what they see on the streets, given the lack of opportunity a destitute, anti-business city offers?

Instead, state politicians should scrap the wasteful spending, cordon off the worst neighborhoods, and put the National Guard on the sidewalk. $55 million would have paid for a lot of National Guard law enforcement. The problem is, boots on the street won’t get the governor or mayor reelected or bring out the organizers and votes in November. Community spending will.

Illinois liberal politics means no role models and no responsibility.

Chicago reeks from the stench of Illinois liberal politics and the mindless policies and corruption it creates. Residents not able to make it on their own learn two things from our state: the role of government is to improve your life and whatever you do, you are not responsible.

Mayor Emanuel’s call to bring 1,000 illegal immigrant kids [2] to his failing sanctuary city underscored the disregard for private and public money that characterizes Illinois. Sadly, Chicago residents have been brainwashed by liberal politics. They believe that they pay taxes to make the lives of others better, not to keep the city running at an affordable cost. A March ballot referendum to raise the city minimum wage to $15.00 per hour received astounding approval from residents who apparently believe that $31,200 per year is what city businesses should pay unskilled labor. City dwellers still face an inevitable property tax hike to pay for city pensions that will be hushed until after November. The Chicago school system plans to borrow money from the next fiscal year to keep itself afloat. Meanwhile, the shootings continue.

Liberal politics and policies steal self-respect. One brainwashes, the other enables. The push for an outrageous minimum wage and the offer to house undocumented immigrants epitomize the giveaway political culture and excuses the failure of individual responsibility. Politicians should label shooters the worst kind of criminals and act accordingly. If Chicago gang members were Mideast terrorists we would be treating the situation in a completely different way. What is the difference? The emphasis on neighborhood and community-based social programs underscores that Chicago shootings come from family members, friends, and neighbors. That’s where Illinois liberal politics comes into play. Liberalism doesn’t rely on individual responsibility, so there is always something other than the individual to blame bad behavior on. The targets for public spending don’t fix the problem and prove to the people that Chicago shootings are, if anything, the government’s fault for not spending enough.

The James R. Thompson Center in the heart of Chicago’s business district was the site of a shooting tragedy last Tuesday. The killing of Commander Paul Bauer should put the entire Illinois liberal agenda on notice. It will likely serve only to escalate the pre-primary vitriol over guns and how we punish repeat offenders.

Local politicians will seek votes by fighting over how to control Chicago’s violence in the wake of this headline-grabbing killing by a long-time felon. Ironically, the shooting took place in a building that houses Illinois government offices. Quinn and Rauner battled over assault weapons before the last gubernatorial election. We put Republican Rauner in office and he later agreed to turn Illinois into a sanctuary state. That’s not a step forward in getting Chicago violence under control.

Turncoat politics defines how things work in Illinois. This time it came from a governor who promised conservatives better. No, it wasn’t an illegal immigrant that killed Commander Bauer. It was a system that still refuses to take lawbreaking and recidivism seriously and bends over backwards to pardon criminals it fears were judged too harshly. That’s what Obama did with his long list of drug dealer pardons. When there is a decision to be made between liberal principle and public safety, principle is going to win each and every time.

Carjackings have now assumed center stage in Rahm Emanuel’s city. I never used to worry about going downtown. For years I worked in the loop and walked through the Thompson Center each and every day. These days I work somewhere else and for that I’m thankful.