Using a Republican to reintroduce a pet Democratic immigration bill is a clever ploy. S.1615, the 2017 Dream Act didn’t have much of a chance when it was brought back to life by Senator Lindsey Graham in July 2017. Last week’s unacceptable verdict in the trial of Kate Steinle’s killer makes the Graham Durbin dream bill a tougher sell than ever. How do you sell amnesty when the headlines scream enforcement?

Senator Durbin is on the news here in Chicago pushing hard for Congress to do the impossible by the end of the year. On his congressional website he tells the story of a “dreamer” enrolled in an MD-PhD program. Assuming this person exists he sounds like a good, smart kid, but he’s not a citizen. Durbin want us to feel guilty about that:

We don’t need him, but the senator and others who staked their claim on passing a Dream Act early in the Obama presidency do. The Graham Durbin version is promoted as a bipartisan effort, but there are only eight cosponsors.2

That’s not an overwhelming endorsement. 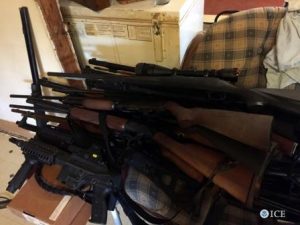 To our dismay we just watched a California jury refuse to hold an illegal alien accountable for taking Kate Steinle’s life. Considering the gravity of the charges, Garcia Zarate got off scot-free with a weapons violation and pending deportation he has already proved will not prevent him from coming back.

This isn’t good PR for the Graham Durbin dream bill. Now they have to drum up support from colleagues whose constituents are angry over the verdict. Their only choice is to rely on lawmakers who don’t care that illegal immigrants cause trouble and hurt people. That won’t be a problem with Democrats, but they aren’t the ones in charge.

There was a time when Lindsey Graham agreed that his bill is a bad idea. The senator declared:

Illegal immigration is a nightmare for America. Giving a pathway to citizenship without first securing the border is an inducement to encourage more illegal immigration. This is nothing more than a political game by the Democrats to try and drive a wedge between the Hispanic community and Republicans.3

Now it’s a game the senator is playing on behalf of Republicans. Note that Graham said “without first securing the border,” but his new legislation is an amnesty bill to fix the DACA problem, not a border security bill.

Senators Graham, Durbin, and anyone who supports this legislation now have to explain to the nation what happened in California and why our safety and security doesn’t come before amnesty. We already have statutes to deal with the problem that killed Kate Steinle. We didn’t enforce them. That’s Washington’s problem no matter how determined Dream Act supporters are to make us feel guilty about the way we treat illegals.

An amnesty bill isn’t necessary to prevent this tragedy from happening again. If Graham and Durbin are convinced we have no choice they should use the same kind of high-minded rhetoric that supports their dream bill to explain to America and Ms. Steinle’s parents how fairness and justice works. Many of us are having a very difficult time understanding.

It’s even more difficult to understand why we should give illegals who commit crimes a pass, but violating the law is permissible in the Graham Durbin bill as long as the alien:

(iii) has not been convicted of –

(II) 3 or more offenses under Federal or State law, other than State offenses for which an essential element is the alien’s immigration status, for which the alien was convicted on different dates for each of the 3 offenses and imprisoned for an aggregate of 90 days or more;4

How many who are reading this have gone to jail or been arrested even once?

The purpose of the newest dream bill is to find a way out for illegals and politicians now that DACA is expiring. Not all deferred action recipients are doctoral candidates or nuclear physicists. A May 11, 2017 article about gang arrests that appeared on ICE.gov confirmed our DACA fears:

Since the start of DACA in 2012, DHS has terminated deferred action for approximately 1,500 recipients due to criminality or gang affiliation concerns.5

That’s the problem with bills like S.1615. After the fact is too late. It’s simply too difficult to properly screen all the applicants and absolutely nothing prevents them from committing crimes after they are approved for U.S. residence.

That’s a scary consideration. No matter what Durbin and Graham want you to think this is a political problem. It’s not your problem and we have no reason to think that solving it to get lawmakers out of a jam won’t put Americans in danger.