Millions in campaign spending for the Illinois governor’s race is the reason this state is failing. Not that the money could bail us out of the state’s financial crisis even if we spent every penny. It won’t. At best, this money will buy high office in our debt-plagued, 200 year-old Land of Lincoln. Then it will be gone. We could have put the funds to much better use by spending on almost anything but political campaigns. Instead, state politics demands this very legal pay to play entrance fee.

Illinois has very real problems and very real people who need help. Meanwhile, the state’s biggest mistake never changes: we confuse necessary political spending with non-essential spending on things that matter. That’s a bass-ackwards approach that helps explain why the biggest economic problem we have is scraping up enough money to support people who have retired from careers in public service. Yes, Illinois pensions are a political problem. If you don’t believe it you aren’t paying attention. 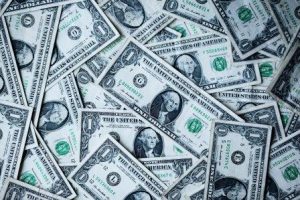 Another kind of government waste
Photo by Sharon McCutcheon

Enter a governor’s race between JB Pritzker and Bruce Rauner. They have the resources and connections to buy a winning bid for the state’s highest office, though one could argue that Mike Madigan already won that prize.

A widely reported figure pegs the price tag for the governor’s race at more than $200 million so far. The Daily Caller notes that Pritzker just added another $25 million1 to his quest to take the job from Rauner, though why anyone would want this fool’s errand is a very perplexing question.

$200 million? $25 million? That’s a lot of money. It won’t break the campaign spending bank for wealthy political candidates who know what high office costs, but for most Americans it’s a lot more than we would ever hope to see in several lifetimes of working.

If you want to win at politics there is no way around this kind of spending. If you don’t have money to play you aren’t going anywhere. The paradox is that everyone engaged in Illinois politics and especially those with the means to participate in this governor’s race talk about dragging us out of our financial crisis while we waste millions on an election with one of two very predictable outcomes. More on that at the end of this post.

To put everything in perspective, let’s pretend campaign spending suddenly stops at $200 million. What could Illinois buy with this money for the people both parties clam to care about?

Money for employers and employees

I wanted to compare our average retirement savings to campaign spending, but according to a report by the Government Accountability Office this amount is “often low or nonexistent.”4 Let’s toss out a figure of $50,000 per year for a marginally comfortable retirement for 1 person. $200 million will buy 1 year for 4,000 people or 20 years’ retirement for 200 people.

Spending for the disadvantaged

What if income is the issue and savings are completely off the table? If you are disadvantaged that means you are probably hoping Pritzker wins in November. This is where the hypocrisy of his Democratic agenda really stands out. How can you waste
tens of millions on this governor’s race and then turn around and argue that we should turn to progressive taxation, as this Heartland Institute editorial observes, because we need more money?

If your family needs food stamps $200 million will buy 312,500 months of benefits for four hungry people.5

Need health insurance for your kids? If you don’t make a lot of money and have 2 children you can insure them with the Illinois’ All Kids program for $25.00 per month.7 $200 million buys eight million months of benefits. You don’t even need to be a citizen to qualify.

When your kids get older you will want to set them on the right path to making a multimillion dollar income. That means college.

College costs by the millions

According to College Illinois annual general resident tuition and fees at the University of Illinois-Urbana/Champaign averages about $16,000 per year.9 $200 million will buy 12,500 years of college at the U. of I.

If community college is your choice your millions will go a lot farther. Let’s estimate on the high side and assume $5,000 annually.10 Campaign spending for this governor’s race will pay for 40,000 years of community college.

Where do the millions for the Illinois governor’s race leave us?

On the downside, this money won’t even make a dent in Illinois’ backlog of unpaid bills. It is pocket change compared to the state’s underfunded pensions. It will only serve to put one of two men in the governor’s mansion and then it’s gone. We already know what will happen after that.

If Bruce Rauner wins, nothing will happen. We stay where we are. Democrats call the shots. If Pritzker wins, remember that Wisconsin is really nice in the summer. Indiana is close by, too. Your millions will go a lot farther than they will here in Illinois.

This morning I visited the Illinois State Comptroller’s website to see how we’re doing with the bill backlog. The “Estimated General Funds Payable Backlog” updated today looks too large to be true: $7,397,238,910.18. This gives us an entirely different take on what $200 million is worth: not much, or at least not much when compared to Illinois’ inability to pay the obligations state government dumped on taxpayers’ heads.

1. Rambaran, Vandana. “Illinois Gubernatorial Campaign To Be One of the Most Expensive in History.” The Daily Caller. June 5, 2018. http://dailycaller.com/2018/06/05/illinois-governor-campaign-expensive-history/, retrieved June 14, 2018.

7. “How Much Does It Cost?” Illinois Department of Healthcare and Family Services. https://www.illinois.gov/hfs/MedicalPrograms/AllKids/Pages/income.aspx, retrieved June 12, 2018.

Photo by Sharon McCutcheon on Unsplash.