On December 3, 2018 the Illinois 200 Bicentennial celebrates two centuries of statehood and a past that includes Abraham Lincoln, Ulysses Grant, Barack Obama and even Ronald Reagan. We are also known for putting public officials in prison for corruption, which is ironic considering we are always broke but there is still plenty of money to steal. It seems we came all this way to create a state where people exist to fund politics and the chosen few who try to get away with whatever they can whether that means legal theft by taxes, fees, and fines or outright corruption.

Illinois 200 Bicentennial: taxpayer abuse is nothing to celebrate 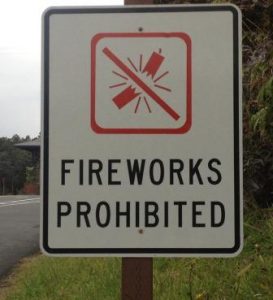 Citing our “cultural, economic, academic, and political contributions,”1 Governor Rauner passed Executive Order 2016-11 to set up the bureaucracy for the state’s Bicentennial Office and staff.

Cultural highlights aside, the other three achievements he mentioned all support the same conclusion: Illinois at two hundred has perfected abusive government. The state’s economy is in a shambles, government pensions compete with schools for funding, and our politics is a national embarrassment.

While taxes and even the cost of driving to work keep going up thanks to our expanding “payless tolling” I-PASS system, Illinois Democrats in Springfield and Washington fight hard for policies that levy an insurmountable debt load on residents who they tell us can barely make ends meet. Their argument is simple: we aren’t taxing too much or spending too much. We’re taxing the wrong people.

Fair taxation is about party, not people

The war for your wallet means even a broad-based tax cut can be portrayed as a terrible thing.

Despite all evidence to the contrary, Illinois Congresswoman Robin Kelly released this sweeping statement after House Republicans passed their tax reform bill:

Congressman Hultgren can speak for himself:

For individuals and families, the Tax Cuts and Jobs Act:

Lowers individual tax rates for low- and middle-income Americans to Zero, 12%, 25% and 35% so people keep more of what they earn, and continues to maintain 39.6% for high-income Americans.3

Who is right? In Washington right or wrong is about party. In Illinois even that doesn’t matter because there is really only one party. Democrats can’t raise taxes enough to fix the fiscal crisis they created over the years and more revenue just gives them more money to spend while the state racks up exorbitant penalties for bills we can’t afford to pay.4

One year ago Illinois Comptroller Susana Mendoza berated Governor Rauner for a backlog of unpaid bills that surpassed $14 billion.5 Her press release was timely. Illinoisans were about to get whacked with another income tax increase in July. Politicians had to get their stories straight and who better than a Democratic Party comptroller to explain the numbers?

By November the payables backlog was nearly $17 billion.6 Taxpayers were still on the hook. Politicians pointed fingers. Their tax hike was a state record that according to the Illinois Policy Institute still left a $1.7 billion gap in the 2018 budget.7

That’s something for Illinois 200 to celebrate.

Working for Illinois: a career move to celebrate

The issue of Illinois’ accumulating pension debt is so timeworn it hardly bears mentioning. We’ve seen credit downgrades, tax hikes, and near meaningless attempts at reform. The numbers remain astounding but the good news remains: if you grab a government job – especially one backed by a powerful union that state lawmakers bow to – your retirement worries are over.

That leaves tax worries on the table for everyone else. Grim pension figures from the Civic Federation detail the surge in retirement obligations dumped on taxpayers’ heads and the increasing unpaid liabilities we can look forward to every year for the next decade.

Except your pension isn’t funded

The Illinois Department of Insurance remarked of the Illinois State Teachers’ Retirement System:

It has become increasingly apparent in recent years that sufficient revenue is not being provided to fund the benefit obligations on a full actuarial reserve basis as contemplated by law.10

That was forty years ago. How did we get where we are now?

This pressure has obviously resulted from increased financial demand in other areas of state and local government as well as rebellion from the public to additional or new areas of taxation.11

That warning also came four decades ago. Apparently there wasn’t rebellion enough to prevent this unreasonable debt from being dumped on taxpayers who struggle to retire on their largely self-funded 401(k)s and sooner or later will see their retirement benefits taxed away because state lawmakers will have no choice.

Pension contributions will reach nearly $8 billion in 2018 and will hit $8.45 billion in 2019.12 Higher education only gets $1.7 billion. Elementary and secondary education has to settle for $7.9 billion, nearly the same amount as public retirements.13

So much for our education accomplishments. Forcing children to compete with public worker retirement spending epitomizes our abusive state government.

Many of us aren’t happy with Bruce Rauner, but replacing him with Democratic challenger J.B. Pritzker, a progressive tax system and state public option health care is a very real threat that will send more taxpaying residents and businesses screaming for the exit.

I’ve said it before on this blog and I’ll say it again: when all is said and done in Illinois, the only ones left will be politicians who want more taxes and residents too poor to leave the state to escape them.

Happy Illinois 200 Bicentennial, everyone. Don’t let the door hit you on your way out.

7. “Every budget through 2023 will likely be unbalanced as well.” Illinois Policy Institute. October 14, 2017. https://www.illinoispolicy.org/illinois-new-budget-already-has-1-7b-hole-despite-largest-permanent-tax-hike-in-state-history/, retrieved May 2, 2018.

Photo retrieved from https://www.nps.gov/havo/learn/news/fireworks.htm on May 1, 2018.