Common sense tells us that stopping crime means preventing criminals from doing illegal things. That’s not easy. There is enormous political liability in cities where failure is measured in bodies and the crime statistics have to be sold to the public. The numbers spread all the way to Washington, so when stopping crime the right way doesn’t work Capitol Hill is tempted to step in and get creative.

Anti-crime creativity takes many forms. The current trend among Democrats is to be nice to felons. This means forgiving crime, calling it something else, or even rewarding criminals after they have paid the price for what they did so they don’t do it again.

Why be nice to felons?

Democrats are desperate for support wherever they can find it. Unfortunately, illegal immigrants don’t have the right to vote. Neither do felons in some states. If we give the power of the ballot back to felons Democrats might pick up a few supporters after sentences are served, especially if that isn’t all they give away.

Gratitude is gratitude no matter where it comes from.

Will being nicer to criminals save democracy? 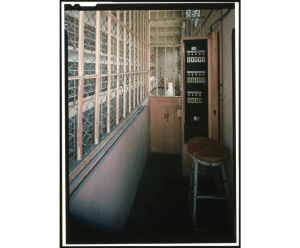 There is a growing trend in America to scrub our speech clean of words that have politically unpopular meanings. That’s why criminals are now justice-involved persons.

Washington beat San Francisco to the punch with the “justice-involved” label. Relabeling something objectionable like “felon” is a smart move politically. It’s the same approach Democrats took with illegal immigrants.

When the labels change it usually means some political sleight of hand is underway.

That why denying the vote to felons is called “disenfranchisement.”

Voting rights for felons on the Democratic docket

Jerry Nadler (D-NY) took time out from tormenting the president to introduce his Democracy Restoration Act:

The bill declares that the right of a U.S. citizen to vote in any election for federal office shall not be denied or abridged because that individual has been convicted of a criminal offense unless, at the time of the election, such individual is serving a felony sentence.1

To do what Nadler wants we have to force states to allow felons to register to vote. To help keep the ball rolling H.R. 196 also prohibits using federal money for prison construction or improvements unless the people who will be confined there are told that they have the right to vote when they are released.

No Republicans cosponsored this Democratic indulgence.

Nadler also introduced this bill in 2018. At that time the congressman had 6.1 million voters in his sights:

Due to differences in state laws and rates of criminal punishment, states vary widely in the practice of disenfranchisement, demonstrating a critical need for uniform standards at the federal level. An estimated 6.1 million citizens are ineligible to vote in federal elections due to their status as ex-offenders.2

For now states have the right to decide whether or not felons should help elect public officials. A federal takeover would be an intrusion, but Democrats are forever expanding their base. That means a push to let ex-criminals into the ballot box as soon as their feet hit the streets has enormous appeal, especially when they fit the definition of disadvantaged and are easy prey for party handouts.

Before we let Democrats run fast and loose with allowing offenders to elect our leaders, what do the crime statistics say about what happens when felons are released from prison?

Crime statistics: once a felon, probably a felon

Politicians’ words are one thing. Crime statistics are another. Consider these numbers from the Bureau of Justice Statistics from a nine-year follow up study on recidivism:

The 401,288 state prisoners released in 2005 had 1,994,000 arrests during the 9-year period, an average of 5 arrests per released prisoner. Sixty percent of these arrests occurred during years 4 through 9.

According to a January 2019 report by the United States Sentencing Commission, nearly 64%4 of violent criminals committed more crimes after release. Even worse:

In May 2019 the BJS reported that for the crimes of rape and sexual assault:

Almost all prisoners who were re-arrested (96% of released sex offenders and 99% of all released offenders) were arrested for an offense other than a probation or parole violation.7

These are scary numbers. Is being nice the answer?

Is crime a good way to advance yourself?

Congress and the White House seek to tackle recidivism with the FIRST STEP Act (“Formerly Incarcerated Reenter Society Transformed Safely Transitioning Every Person”). President Trump got behind this effort to keep criminals out of prison in part by reducing three strikes and mandatory minimum penalties. This gave Democrats an opportunity to push for even more reform.

The bill was signed into law in December 2018.

This FIRST STEP was exactly that.

Congresswoman Annie Kuster (D-NH) applied the “justice-involved” label as part of her effort with Senator Corey Booker (D-NJ) to keep criminals on the Medicaid rolls:

Many of those who are justice-involved have significant health needs. For instance, approximately 60 percent of people in U.S prisons and jails meet the clinical criteria for a substance use disorder (SUD), and about 40 percent have been diagnosed with a mental health disorders. Yet, very few incarcerated individuals receive adequate treatment to manage their conditions.8

Seemingly oblivious to the rise in Medicaid costs, Congresswoman Kuster claims that this will reduce spending:

States should not be on the hook for billions in health care spending on inmates.9

Instead, they will remain on the hook for Medicaid spending.

Felons use opioids, too

Another group of senators brought the politically trendy opioid crisis into the discussion when they pushed for their Supporting Positive Outcomes After Release Act:

Within the first two weeks of re-entry, individuals released from correctional facilities are 129 times more likely to die from an opioid overdose than the general population. 10

One problem they don’t mention is that people getting out of prison are already very different from the general population. Sanitizing what we call them doesn’t alter that fact.

The senators don’t say where the “129 times” statistic comes from. S. 2255 is another effort to make it easier for those released from prison to get back on the Medicaid rolls in states that cancel this public benefit for those who are locked up.

That raises a big question: considering the number of people in the U.S. covered by Medicaid, Medicare, or private health insurance, why do we have an opioid crisis if health care makes a difference?

Many in Congress, including bill supporter Ed Markey (D-MA), blame pharmaceutical companies for the problem. Markey gives the false impression that narcotics go directly from manufacturers to abusers like cocaine from a cartel:

The DEA has recently taken necessary steps to reduce the amount of opioid painkiller medication that can be manufactured in the United States, but it must go even further or Big Pharma will continue to flood our streets with addictive medication with almost no oversight or accountability,” said Senator Markey.11

There is accountability. It’s in the same health care system that the Positive Outcomes senators want to make more accessible to felons to keep them off drugs.

Higher education for those impacted by their crimes

Preventing recidivism is also an argument behind the Expanding Educational Opportunities for Justice-Impacted Communities Act. The bill seeks to make Pell Grants accessible to inmates:

The new bill would repeal the ban on the receipt of Pell Grants by incarcerated individuals and the loss of federal financial aid eligibility for individuals convicted of certain drug offenses.12

This is all about “incarcerated individuals,” but the bill title refers to justice-impacted communities. Is bill sponsor Rep. David Trone (D-MD) suggesting that whole communities are composed of criminals? If so, he’s lucky he’s a Democrat. A Republican would be run out of town.

There are consequences for crimes that land you in prison. One of these is denial of taxpayer-funded perks. Another is accepting responsibility for your crime. Being a hapless victim of our criminal justice system is not the same thing, which is what Trone seems to imply:

Impacted by justice or personal choice?

Being “impacted by the criminal justice system” is very different from being impacted by a hurricane or some other disaster. Like many unfortunate things in life, it doesn’t happen by accident. It’s the result of a personal choice.

All the effort and money expended by Washington to raise up the poor resulted in a poverty rate that dropped 2.4% during the 50 years from 1966 to 2017.14 Why should we expect the same benefits to work for those who are already on the outskirts of society?

Democrats tend to confuse well-intentioned spending with results because blame is so easy to pass along when more money gets us nowhere. That’s why we are still funding a war on poverty while we ignore Einstein’s argument about doing the same thing over and over.

Should we look the other way?

It’s counterproductive to block all avenues for criminals released from prison, but it’s wrong to turn felons into disadvantaged Americans because it suits the political climate.

Contrition has always factored into sentencing. Part of admitting you did something wrong should include lowered expectations about what society owes you when you have committed an act so contrary to the behavior society expects that it lands you in prison.

Don’t expect Democrats to get behind contrition or personal responsibility. These are not things they understand. Creating new Democrats is what the party does best and it makes no difference where they come from.

6. Released Sex Offenders Were Three Times As Likely As Other Released Prisoners to be Re-Arrested for a Sex Offense. Bureau of Justice Statistics. May 30, 2019. https://www.bjs.gov/content/pub/press/rsorsp9yfu14pr.cfm, retrieved September 6, 2019.