Who comes first, the migrant or the homeless American? The House and Senate joined forces to give us $4.6 billion in emergency funding that answers the question.

Some Democrats got the win they wanted. Others are still angry.

Billions in emergency funding did not satisfy unhappy Democrats

When the House passed its $4.5 billion plan to aid migrants on June 26, 2019 California Rep. Lou Correa joined forces with fellow Democrats to keep the anger over the treatment of migrants alive. He confused the issue with a false assertion that the problem has nothing to do with law enforcement:

Instead of addressing this as a humanitarian crisis, the President continues to treat it as a law enforcement issue. As long as he prioritizes guards over doctors, and cages over homes the problem will never get better.1

Correa is from California, where the homeless situation is so bad that according to a Townhall article2 we’re worrying about diseases like typhus and plague that haven’t been in our vocabulary for years.

Taxpayers forced to fund this very valuable 2020 campaign issue are caught in the middle.

Meanwhile, Democrats are intent on setting up medical and social services, legal assistance, and living facilities at the Southern border. America will be blamed for inhumanity until they get what they want.

At the same time we read about feces, rats, and disease in our cities because of the less politically useful problem of homelessness. This one has been with us for a while and even as the problem gets worse it just isn’t inflammatory enough to bring the attention Democrats seek. Not only that, it makes the party look bad in liberal states where taking care of the less fortunate is the Democratic reason for being.

The plight of migrants, on the other hand, is a guaranteed winner.

Homeless get money, but they aren’t a political necessity

It’s a lot easier to wring sympathy from a crying migrant child than a homeless American sharing space with rodents in a makeshift tent.

Democrats aren’t stupid. They figured that out a long time ago.

Half a million homeless aren’t enough

The National Alliance to End Homelessness estimates that there are over half a million homeless in the U.S. The organization argues for increasing federal spending to at least $3 billion in 2020.3

Washington’s contribution to tackling homelessness is a tough one to estimate. Many different programs factor into spending on the homeless including those that provide or supplement affordable housing.

President Trump recently signed an executive order to quash regulations that interfere with the availability of affordable housing. He cited some of these expenditures including $46 billion in rental assistance and $9.1 billion in housing tax credits.4

Ironically, the $4.6 billion taxpayers will hand over to protect “vulnerable migrants” is also meant to reject “Pres. Trump’s Agenda.”5

Something much more valuable than homelessness is festering on the Southern border.

Rejecting this emergency spending that never should have been necessary in the first place is also partisanship and it’s coming from the left.

It will not stop the scourge of homelessness in some of our most liberal states like California and Washington, either. 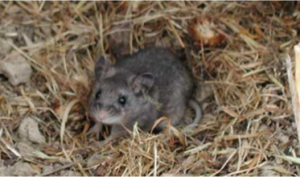 For years we’ve waged a battle over how much illegal immigrants cost vs. what they pay in taxes. We don’t have that problem with migrants. They are a cost to taxpayers and provide absolutely no benefit to anyone except congressional Democrats.

The homelessness bill is a partisan vehicle that just left the Committee on the Budget but otherwise hasn’t budged since the day it was introduced despite the fact that the homeless situation is decried as an emergency by Waters and her party:

In the richest country in the world, it is simply unacceptable that we have people living in the streets,” said Chairwoman Waters. “Today, there are over a half million people experiencing homelessness nationwide. Nearly 160,000 of them are children and nearly 38,000 are veterans who we have failed to support after their service to our nation.8

It’s also unacceptable that $4.6 billion in emergency funds for foreign nationals was quickly pushed through both houses of Congress while homeless Americans wait for a federal helping hand to deal with a growing emergency and potential public health problem.

On June 25, 2019 Congresswoman Barbara Lee (D-CA) announced the House passage of H.R. 3055, a 2020 spending package that includes $50.1 billion for HUD. The agency got $5.9 billion more than in 2019, $1.3 billion more than the emergency funding Congress passed for migrants. $40 million targeted homeless veterans. Homeless Native Americans get $5 million. There is $164 million more for homeless assistance grants for a total of $2.8 billion. The U.S. Interagency Council on Homelessness received a $500,000 bump.9

You can do the math. There is no emergency funding for homelessness here, just another overloaded spending proposal.

While rats ran around Los Angeles and San Francisco Democrats blasted Homeland Security for not doing enough to provide prenatal care for migrant wards of the state:

Migrants prosecuted under [“zero tolerance”] are remanded to U.S. Marshals Service (USMS) custody, where many pregnant women are reportedly experiencing lapses in prenatal and gynecological care that endanger both them and their child.10

Walking across Mexico was also fraught with hazards and a lack of proper medical care, but now it’s a problem for U.S. taxpayers.

An editorial in the San Diego Union Tribune11 frames homelessness in the same light we can apply to our immigration problem. Both are too politically valuable to solve.

Both problems are also good for taking jabs at the president in this pre-election year, including this one from California Democrat Scott Peters:

President Trump needs to sign this bill so children and their families are treated with the common humanity we all deserve. Then, we need to come together to discuss long-term solutions so we can stop operating from crisis to crisis.12

Humanity for the homeless? No. Peters is talking about migrants.

Pictures in a recent Los Angeles Times article13 on the city’s rat and homelessness problem look like they come from a movie about the apocalypse. Given a choice I’d rather be in a CBP holding facility.

This is Democratic California, though. Democrats are big on protecting whatever they label “most vulnerable.”

Since February 22, 2019 AB 178814 to clamp down on the use of various rat poisons has meandered its way through the California Assembly and Senate.

That’s a lucky thing for the rats, but not so good for the homeless and everyday residents.

Perhaps there is a silver lining to this. Rats have to eat, too. If we deal with the homeless problem maybe they’ll find somewhere else to live.

Looking at the above CBP picture of the detention center I’m not seeing much a rat could feast on.

Maybe CBP should be in charge of California, too.