I wasn’t at the Philadelphia coffee shop that touched off the newest excuse for a racial firestorm, so like most of us I don’t know what really happened. The image we are left with is a man in cuffs standing in a Starbucks. That’s not good for branding. It’s great for activism. The company took responsibility, but nothing it can do in the aftermath will rival the opportunity this incident created. The cries to boycott coffee shops bearing the Starbucks name were immediate. We’re off to the races again.

Don’t believe for a second that these protests will be about fixing a race problem. Exclusion and division are the goal.

Last year it was a Day Without Immigrants. That boycott didn’t come to much but the message was clear: hurting business is a productive way to fix society’s problems.

Ideological boycotts rarely succeed because there is always an opposing viewpoint. Democrats boycotted Trump’s first State of the Union. Arizona came under fire as a potential Super Bowl site. We’ve heard more than one call to boycott United Airlines. Conservatives were incensed about racial protests. Trump is still in office. Arizona is still with us. United is still flying. Professional football isn’t going anywhere. Nothing has changed.

Few will admit it but there is plenty of gray area to what happened in Philadelphia. Agitators and activists making hay out of the incident weren’t there. It won’t matter. They know what message they want to send and this is just another chance to get the word out.

Perhaps too soon Starbucks tried in vain to head this off with an astounding proposal for thousands of hours of lost work time to train employees on what not to do.

Nice try, but the results were predictable. 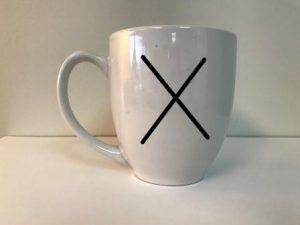 Coffee shop boycott is wrong and this is why

I don’t begrudge the left using an opportunity. Conservatives do the same thing, though we rarely promote business boycotts because it’s bad business. In this case, it’s also bad for the people coffee shop boycotters defend when they’re not protesting racial inequities.

Money is power when you have it

A boycott is like a mini-riot. It creates destruction. Money is lost. A name is tarnished whether that name is a city, a person, or a chain of stores. In the end little or nothing changes, but the message goes out that hurting profits in the short term is a show of economic power.

A business boycott of a chain like Starbucks hurts the same people activists believe should be making a middle class income no matter what they do at work. If a boycott of coffee shops was a resounding success many of these people would lose their jobs because of lost profits and resentment, exclusion, and division will only get worse.

Money is power when you have it. Hurting people who work, especially those at the bottom of the wage scale, only denies them that power.

Starbucks boycotts will promote a lie

We saw the picture. We also know the message: racial intolerance is endemic in the U.S.

Is there racial intolerance in America? Of course. There’s also intolerance of political beliefs, religion, age, income, gender, body weight, sexual preference, and just about every permutation of human existence imaginable. Intolerance is human nature. It can’t be prevented. Unfortunately, it is easy to both use and abuse.

The problem with using this incident as an excuse for a boycott is that agitators refuse to grant the same tolerance for human mistakes that they demand when the tables are turned. If the issue is excusing violent riots, crime, or relaxing prison sentences we get a completely different take on what intolerance means, but we are told it is just to generalize a negative characteristic to a business and society as a whole based on a regrettable incident. This promotes exclusion, division, anger, and even hate for no purpose other than to sow discord. That’s why pushing Americans to boycott coffee shops is so wrong. It’s an act that’s not meant to fix a problem, but to create a much larger problem than what already exists.