Even if you don’t trust polls it’s safe to say that many celebrating being free this Fourth of July will also be voting for Hillary Clinton. Count me out. I’d take a long shot on nuclear annihilation at the hands of the crazy right winger she keeps warning us about before I’d submit to another condescending Democrat. Why? Because I like being free. It’s what this country is all about. Our liberty is not a bargain. It’s not a deal with Washington we give up in exchange for opportunity. Being free is a right we are entitled to that government will eagerly take away if we allow it.

Why are we so willing to give it up?

Why would any American deal with the government for their freedom? 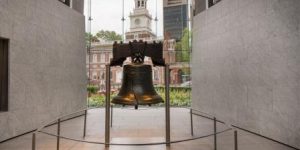 Bad deal: trade being free for being lazy

Life is hard. Being responsible can be difficult. Some of us get it. Some don’t. Those that don’t are easy pickings for left-leaning politicians running for office.

It’s a good bet that voters backing Republicans get it right more often than those backing Democrats. Compared to the left the right doesn’t expect a lot. We are harder to disappoint. Our hands aren’t out. Even if our candidate is a failure our expectations of putting food on the table won’t hinge on a campaign promise we know will be betrayed.

It doesn’t work that way with Democrats. 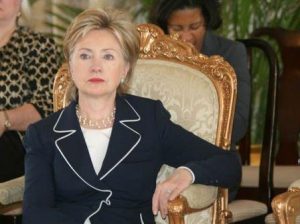 Warren’s basic deal is not about being free

Contrary to popular belief we could be stuck with Barack Obama for a long time. Clinton and likely running mate Elizabeth Warren* don’t have an original thought between them. Instead, a Clinton presidency means we will be stuck with more Obama. Consider this hackneyed gem from Warren as she discussed the gig economy, a trendy Democratic threat, and our deal with big government:

Workers deserve a level playing field and some basic protections, no matter who they work for, where they work, or how the law classifies them,” said Senator Warren. “They deserve a strong safety net, dependable benefits, and the chance to bargain over their working conditions-that’s the basic deal.1

The gig economy is anathema to any politician pushing government to provide what the people are told they need. Liberal politics sees companies as vehicles for unions to supply jobs. Federal policies punish employers and Democratic “fair share” tax myths turn corporations into enemies of the people. These are shabby arguments against the extinction of lifetime employment.

There is a price for buying into this anti-American nonsense. For one thing, you give up being free.

When his eight years is over Obama will need a place to park the “better bargain”2 torch. He has talked of the “basic deal that built this country,”3 conveniently ignoring the role individual choice plays in being free.

We hear the same nonsense from Hillary Clinton. The deal is a sellout. It has no place in this country. It’s not about being free. I like to use what I earn to chart my own course and would rather not bargain with government for my future. When you do that, you lose your freedom.

Give me liberty or kill me? That’s being free

Anyone planning to get in line for Hillary should skip the fireworks this year, especially if your hand is out. You aren’t worthy.

It didn’t take long for many of us to forget Patrick Henry’s “give me liberty” speech. Now it’s give me money, give me a job, protect my investments, care for my health, pander to my sexual wants, and hand me my future. The pathetic thing about this deal with the government devil is that it relies on politicians to deliver the goods and other people’s earnings to pay for them.

Whether the handout is subsidized health care, a new minimum wage law, or social services, when we succumb to liberal political promises we let government dictate our lives. That isn’t being free. It’s being a slave to politicians. If you want to be a slave that badly, at least pick a master who is worthy. Believe me, no one working in Washington fits the bill.

*Update July 24, 2016: Tim Kaine, not Warren got the nod for VP. Kaine said that he was “honored” to be running with Hillary, though it strains credulity to imagine anyone could feel honor standing next to Clinton. He demonstrated his fluency in Spanish while talking about amnesty, something that is not going to happen unless this election turns Congress on its head. No matter. Considering who Kaine is running with, veracity in political promises probably isn’t a big concern.