Home » American Ideals and Values » Have Faith in America or Lying Politicians?

Washington blames the dynamics of politics for its failure to get things done. The truth is that the less Congress accomplishes the better. We the people are the reason things stay on course. Most of us have faith in America no matter what our political loyalties are. It makes a lot more sense than placing our faith in lying politicians and whatever version of America they believe will benefit their careers the most. 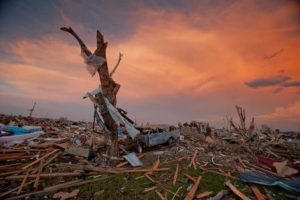 Two facts you need to know

Fact 1: the American people are basically good. We work hard. We try to do the right thing. If we have a flaw it’s that we tolerate what happens in Washington. 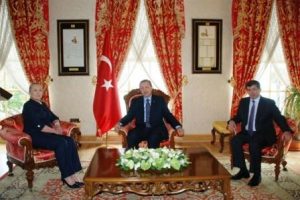 Don’t have faith in this
Photo by Aydan Yurdakul

Lying politicians: how it works

No one likes to get caught in a lie. When you are in the public eye and the cameras are on you have be clever about it.

Last week struck a big blow for conservatives against the Obama administration’s dictatorial control over U.S. immigration policy. The SCOTUS split decision didn’t stop the president from continuing to spread the falsehood about his success stopping border incursions and why he chose to abuse his presidential powers:

Unfortunately, Republicans in the House of Representatives refused to allow a simple yes or no vote on that [comprehensive immigration reform] bill. So I was left with little choice but to take steps within my existing authority to make our immigration system smarter, fairer, and more just.1

The truth? Congress did its job. The president didn’t like what happened, so he took a chance that he would get away with doing the wrong thing. He got called on it and he’s still trying to spin what he did to justify his actions.

Does that make him a liar? Not exactly, but it doesn’t make him honest.

Politicians have no faith in America

Our failed progressive president gave the people credit as he lauded the Stonewall Monument on Saturday. LGBT’s are the only special interest Obama has left to let down after last week’s amnesty disaster, so this is a big deal for the president. He gave credit to “ordinary people who put their shoulders to the wheel of history…”2 He got it right, but doesn’t tell us why, if ordinary people are so important, the government needs to control our lives so we don’t stray from the path politicians choose.

A better path for America was announced while the GOP denounced the path Americans selected when they voted to make Donald Trump their presidential nominee. Like Democrats, the Republican leadership believes it knows better than we do how to run the country, our lives, and an election process where popular sovereignty used to matter.

While the politicians we offer jobs to retract their statements, lie, promise, cajole, and misrepresent to get our vote, here is what they are thinking:

If you are a Democrat who is not rich, you are dumb and helpless. You need government to shepherd you through life.

If you are Republican who is not rich, you are not helpless but you still need government so you can succeed.

The only real difference is how each party goes about it. Paul Ryan told on himself recently:

With this [Better Way] plan, we can turn this country around and expand opportunity for all Americans.

This is what our country needs. This is a better way. Thank you very much.3

Is it lying to promise “Better Way” reforms Ryan should know won’t pass, especially if Hillary Clinton becomes the next president because the speaker helped to negate the people’s choice? Not exactly. Asking for public support for something that will go nowhere isn’t lying. It just isn’t being honest.

Donald Trump has been using the words “lying” and “liar” a lot. His campaign even created a website, LyingCrookedHillary.com, to hammer the point home. Is Trump lying? Is Hillary lying? We will probably never know for certain, even if Clinton becomes president and Republicans spend years trying to sort out Benghazi and the email server scandal. There is always a way to spin a lie so it isn’t outright lying. Politicians are good at it. It’s what they do.

Have faith in America and the goodness of people

It’s not unfair to say that the LGBT community is still controversial. We put that aside after the Orlando shootings. The White House, on the other hand, couldn’t even bring itself to put a name to who and what did the killing and instead blamed its Republican opposition and America for refusing to support gun control.

That’s not being truthful.

Our faith in America binds us. When bad things happen we suffer, but manage to set politics aside and come together.

Politicians don’t do that. When things go bad they lie, misrepresent, reinterpret, and confuse. When the House Democratic Party Chair hilariously charges Republicans with “secret money” that “hijacks our democracy,” we have to wonder just how stupid he thinks poor, dumb, helpless Americans are:

At a time right now when so many Americans can become skeptical about our government’s ability to promote the interests of our citizens first, at a time when so many people believe our government is driven by special interests, we should be asking for more openness in our government, not less. Secret money is hijacking our American democracy.4

Lying politicians who have forgotten their place are the ones hijacking our country. They deny us the honesty and openness we deserve. The people have faith in America. We know that no matter what happens, even when the person we voted for betrays us, things will turn out okay because we all believe in this great experiment for its own sake, not because we can gain from manipulating the good things about our country.