Maybe the international situation and resulting turmoil here at home are getting too hot for Obama to handle. Yesterday the mantle of the Weekly Address was pushed to Joe Biden, who banged the drum of international togetherness before getting down to the business at hand: creating another political crisis.

Last year it was refugee children from Central America we couldn’t stop. Suddenly we had a crisis with decidedly partisan overtones. We heard the same arguments we are hearing now and received the same back-handed compliments from on high about what being American means and the wonderful generosity that comes along with it.

Don’t believe it for a second. Being American doesn’t mean allowing ourselves to be punished because of someone else’s skewed value system. It doesn’t permit our leaders to run roughshod over us either, no matter how intent they are on securing their place in history.

With Thanksgiving coming you are going to see lots of lists about what you should be thankful for. With election season in full swing, you are also going to be instructed in what being American is supposed to mean. Instead of putting up with the latter sort of nonsense, I thought it would be refreshing to have a different kind of list, a list of what Americans can be thankful for not being. 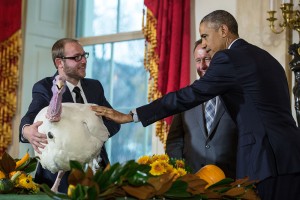 1. Being American means you don’t give up your responsibility to yourself.

Tired of being the watchdog and financier for the planet, the shepherd of the huddled masses, and the pocketbook for our welfare state? Maybe not as tired as you are of being told that being American means you have no choice.

Whatever the currently popular agenda at play wants you to do, individualism means our first responsibility is to ourselves. This doesn’t include making up for the Muslim community’s refusal to police itself, the economic failures in Mexico and Latin America that cause the influx over our Southwest border, or our government’s insistence that we help bankroll the international community while we accept an increasingly second-class leadership role. Those are not our individual goals. Those are political goals. One of the great things about this country is that individualism comes first, or at least it’s supposed to. Be thankful for it and remember that Americans should never, ever subordinate it to someone else’s agenda.

2. We never have to be ashamed of our right to disagree.

Obama’s anger at the suggestion that we slice and dice refugees according to their religious beliefs1 is his problem, not ours. Like it or not, we don’t hear about Christian terrorists and the president knows it. In fact, Christians are persecuted and killed in the parts of the world we are eager to accept refugees from. We have every right to be thankful for our right to disagree and to hang on to it for dear life, no matter where the bluster comes from.

3. Give thanks that being American means you aren’t a follower.

Intolerance for disagreeing on policy is politically convenient but it makes us all followers, whether we are being told to go along with a tax increase to pay for government mismanagement here in Illinois or Michelle Obama’s plan for what our children should eat.

Seven years of Obama have attempted to turn us all into followers. Being American means we can never agree to that and it shows as his policy initiatives unravel, one by one, for want of support in the legislature.

Be thankful. America was never meant to be a nation of sheep.

4. Be proud you aren’t racist, xenophobic, or a misogynist.

By and large, Americans are good people. We don’t hate. We aren’t racist. We aren’t xenophobic and don’t despise the opposite sex. Being labeled with these terms because of our refusal to kowtow to Democratic Party policy is reprehensible, but that doesn’t stop the White House propaganda wing from coming down hard on dissent. Press Secretary John Earnest remarked of the agenda that came out in the first Democratic candidates’ debate:

That stands in quite stark contrast to the Republican debates that have been characterized by misogyny and xenophobia and not-so-thinly veiled appeals to the fears and anxieties of the American public.2

House member Judy Chu compared objections to the Syrian refugee scheme to the Holocaust and the internment of the Japanese during World War II.3 The strategy of stirring up divisive old hurts to force bad policy moves became popular as scattered police shootings were used to resurrect images of slavery. If you want to know who the real racists, xenophobes, and misogynists are, ask yourself two questions:

Who benefits from labeling others with these slurs and what does it get them?

Then be glad you aren’t one of them.

Being American doesn’t mean working hard but lacking a piece of paper that declares your right to be here. You can’t be American in all ways but one even if that one way is stalled in Congress. You were either born here or came here the right way, or you didn’t. Pretending otherwise is just another shabby political game and an insult to everyone who has a right to live in this country.

6. You don’t use freedom to take freedom away.

The freedoms that make being American unique can be turned around and used against us, whether it is freedom of religion, the right to vote, or all the different things that should not be used as a pretext for discrimination. Our freedom of religion is denied when it is used to put us in danger or to engage in dangerous foreign policy. The freedom to vote is violated when we refuse to ensure that the only people voting are those who should be. The freedom to live free of discrimination is turned into a cynical joke when politics creates a group like Black Lives Matter or punishes Americans for not overreaching in their efforts to please pressure groups. Our freedom is infringed on when we are forced to buy standardized health insurance packages and the rates rise despite promises that a government mandate would save money.

For two terms this presidency has used the freedoms of this nation as speaking points for policies that shame us into denying ourselves the fundamental freedom to decide to say no to things we don’t agree with. This is a decidedly anti-American political ploy, but we have the freedom to refuse to put up with it. Of all the things we have to be thankful for by being American, the right to say no is probably the most important of all.

Have a wonderful Thanksgiving.