I’m not going to waste my time or yours pondering what might happen this November. Let’s jump ahead eleven months and be done with it. Trump won.

This post is about why Democrats lost the 2020 presidential election. It’s not a difficult thing to explain. Losing 2020 has less to do with the president than a fundamental Democratic miscalculation about what matters.

This race was over well before a ridiculously long line of Democratic politicians shambled onto the first debate stage way back in the summer of 2019. Months before that, House Majority Leader Steny Hoyer (D-MD) had the foresight to toss us a clue why his party lost this year’s election:

For two years, President Trump has failed to put forward policies to grow jobs and raise wages. Instead, he has enacted his tax scam to benefit the wealthy at the expense of the middle class; shut down the government for 35 days; exploded the deficit; and made it more difficult for Americans to get ahead.1

If you keep repeating misinformation and falsehoods, only some people will believe you. The rest will recognize you as a fraud and vote against your party.

The job market is booming. Wages are rising. Democrats can’t comprehend how this feel good economy can happen without one of their own in the White House, so they deny just how well we are doing.

Hoyer repeated his party’s negativity after the release of the December 2019 jobs report:

While President Trump will continue to claim credit for a strong economy, this month’s report caps a year that ranks a mere eighth in the 2010’s for job creation.2

I have no idea what that means, but if he is saying that December 2019 was the eighth best month out of 120 months for creating jobs, I can live with that.

Hoyer speaks for his party when he argues that what we need to do is make sure our “government works for those it serves.”3

It’s doing that. Trump has a reason to be proud. He’ll be even more proud when he wins in November thanks to that strong economy, low unemployment, and booming stock market that Hoyer and his party’s three leading presidential contenders tell us are an abject failure.

Democrats have done absolutely nothing for those they serve. Their focus is revenge. That’s about to backfire in the Senate.

The president’s economic vision is not bound by negative partisan politics. He knows what career Democrats will never understand: government doesn’t exist to create the millions of jobs Joe Biden talked about in last week’s debate. That’s something Democrats exist to do.

Instead, limited government creates conditions where the private sector has the confidence to spend and hire. That confidence is something a Warren, Sanders, or even a moderate Biden will shatter the moment word gets out that they won the 2020 election.

Lucky for us that will never happen. 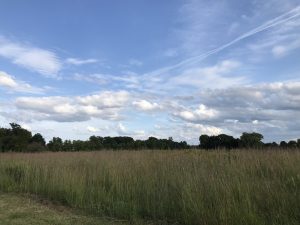 What Trump’s economy brought us

This is why Democrats lost the 2020 presidential election

Only one issue matters. Democrats lost it before they even got started.

Whether they are pushing the Raise the Wage Act to force higher pay for low wage workers, blaming Republicans for an unfair tax cut, or demanding that government create more high paying jobs, Democrats can only pretend to ignore the fact that the economy is doing better than ever.

Record stock market highs benefit everyone, including cash poor state and local governments that get a better return on investments. A soaring Dow means optimism. Optimism is good, unless you’re a Democrat.

Positive news makes people happy. The divisiveness disseminated by a question like this from Bernie Sanders does not:

Do you think the economic and political systems in the United States are stacked against people like you?4

Sanders asked that question before Trump took office. He also commented that:

The same [NBC News/Wall Street Journal] survey found that the stock market soaring to record highs doesn’t affect Americans’ views on the economy as much as the unemployment rate and stagnating or falling wages.5

Flash forward to 2020. The unemployment rate enjoys record lows. Wages are rising. That’s a problem for Sanders and the only two other Democrats who matter. Elizabeth Warren summed up their predicament during the last debate with a few choice words: “so much is broken in this country.”

Where there is so much good Democrats only see bad, even if they have to make it up in hopes that voters will believe them.

Doom and gloom are not winning issues.

How many Americans will agree to trade this dismal outlook and old, empty promises for the reality of a good economy that makes their lives better?

Painting a terrible picture of our economic health is a pervasive habit among lefties. It’s a pretty transparent ploy that Bernie Sanders takes to extremes. He sees a nation composed of two groups: blue collar workers and the Americans whose incomes should support them. That’s an appallingly simplistic view that flies in the face of a December 2019 jobs report that shows manufacturing employment at a twenty-year low of 1.9%.6

It’s hard to be a socialist candidate when the economy is delivering. To be successful, you have to turn optimism into pessimism.

Not every American likes that approach. We are sick and tired of listening to wealthy liberal politicians running this country into the ground when we have so much to feel good about. We don’t need to hear the likes of an Elizabeth Warren telling us that “so much is broken” when those broken things are what helped to create the wealth and success that put her in the company of the two other losers most likely to win the Democratic nomination.

That kind of hypocrisy is one of the biggest reasons Democrats never stood a chance to win the presidency this year. They backed themselves into a corner where they can’t admit there is good in America even as those partisan blinders doom the candidacy of whichever aging white guy gets tapped in Milwaukee this summer.

That’s right. Aging white guy. Whether or not Sanders made the remark about a woman being elected to the presidency, Warren is no longer in the running. She just doesn’t realize it yet.

The means to succeed is not the same as success

When it comes to impeachment the Founding Fathers are very popular with Democrats. They seethe with hypocrisy when they ignore the founders on what really matters: limited government, individual initiative, and the other trappings of a free society that we value so much.

Democratic candidates exhibit an astounding refusal to rely on what Americans can do when left to our own devices. Instead, they are duty bound to create a nation of dependents so they can use them to get their hands on more tax revenue to play with.

Their strategy is a hoax and a fraud. No matter how much the people are taxed, it will never accomplish what Democrats promise because if they succeed we won’t need them anymore. That means diminishing returns for Americans regardless of how well the economy is doing or how much we raise taxes on the rich.

Do we care about those they say are not sharing in Trump prosperity? 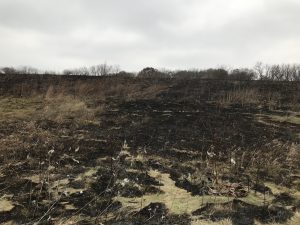 Where Democrats will leave us

Poll shows Americans care about income inequality, but we don’t care very much

PEW Research Center poll findings reported January 9, 2020 showed that Americans aren’t nearly as concerned about economic inequality as Democrats want us to be. While the numbers admit that a majority believe inequality is a problem, the poll also showed that:

Still, relative to other issues, reducing economic inequality doesn’t rank high on the public’s list of priorities for the federal government to address.7

That’s not a good thing if your entire platform is based on America’s fundamental unfairness.

Democrats forget we didn’t have a war

It’s not a campaign issue or at least not yet, but the last debate’s focus on developments with Iran was astounding when you consider how little really happened and what we accomplished.

We didn’t go to war with Iran. We took a chance and we won. Trump did what a real leader does, not a Democratic Party leader out to appease an American left that demands we avoid conflict at any cost. It’s painfully obvious that Democrats who talk about keeping America safe are deluded, lying, or both, whether that means foreign policy based on appeasement or domestic policy allowing illegal immigrant criminals to run wild and threaten the public in their sanctuary cities.

Anti-Trump anti-war rhetoric was popular during the last presidential campaign as loser Hillary Clinton and her supporters tried to frighten Americans away from his alleged militaristic inclinations. We’re still not in a war with anyone or even close, for that matter. Instead, we signed a trade deal with China, scrapped Obama’s giveaway to Iran, and moved forward on a new and improved NAFTA.

So confused is Elizabeth Warren when it comes to defense that during the last debate she advocated clamping down on the defense industry as part of her obsessive anti-corporate crusade. Sanders and Biden back international coalitions, the same kind of world community togetherness that embolden bellicose nations like Iran.

Fortunately for us, none of the three will ever be faced with the kind of decision Trump made.

There is so much wrong with the Democratic Party’s determination to accomplish what Hillary Clinton could not that’s it’s hard to know where to start.

Democrats pin their hopes to threats and negativity, but there are simply not enough Americans who believe that we aren’t benefiting from Trump’s economy that they will vote to see it destroyed by a vindictive, anti-corporate Democratic Party crusade. Not enough of us need universal childcare, a higher minimum wage, or even health insurance to risk losing our jobs and investments to Sanders’ socialist workers’ state or Warren’s expensive, crackpot Medicare For All scam.

That leaves us with bland, boring, aging white guy Joe Biden, who will run on his years as Obama’s shadow.

7. Juliana Menasce Horowitz, Ruth Igielnik and Rakesh Kochhar. “Most Americans Say There Is Too Much Economic Inequality in the U.S., but Fewer Than Half Call It a Top Priority.” Pew Research Center. January 9, 2020. https://www.pewsocialtrends.org/2020/01/09/most-americans-say-there-is-too-much-economic-inequality-in-the-u-s-but-fewer-than-half-call-it-a-top-priority/, retrieved January 19, 2020.

Edited for content and clarity after January 19, 2020 publish date.