When Donald Trump bluffs things happen. It’s a ploy too simple for critics so busy digging up new things to attack that they miss the obvious: bluffs and threats force policy changes. They also take legislating out of the Oval Office and put it back on Capitol Hill where it belongs.

When Trump bluffs he stirs things up. Democrats call it chaos government. The less agenda-prone might call it good business. 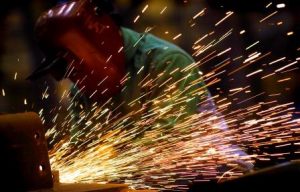 Nothing scares lawmakers more than the thought of vindictive voters. The threat of two government shutdowns at the start of this midterm year was bad news for members of Congress facing reelection battles.

Instead of blaming themselves for the stalemates they forced over immigration policy, the blame from lawmakers focused on the White House. We got this from Minnesota Democrat Betty McCollum:

As we reach the one-year anniversary of the Trump presidency, tonight’s government shutdown demonstrates the real consequences of the chaos emanating from an incompetent White House and of Congressional Republicans’ complete failure to govern.1

So far that chaos and failure to govern has worked out pretty well for the GOP. Call the president incompetent, but he has successfully bluffed, threatened, and cajoled his way out of scuffles with an opposition party determined to make his presidency a failure. The record shows that when the ashes settle he usually gets what he wants.

You wouldn’t know it from scanning the headlines but the victories have been many and they keep coming. Refusing to play by Washington’s rules works for this president. When Trump bluffs people pay attention. Then things like this happen:

This victory was largely symbolic after the colossal failure of health reform in the House and Senate, but the president struck a blow against the Affordable Care Act with tax reform and didn’t have to sign an order to do it. Trump threatened to cut off subsidy payments to insurers and turned up the heat on Mitch McConnell. In the end this was a legislative issue that stayed where it belonged and put a foot in the door for later.

Trump forces Democrats to bluff for him

DACA came from a frustrated president who couldn’t get Congress to do his bidding. Trump cancelled it and sent the job of fixing the problem Obama created back to Capitol Hill. He didn’t have to threaten. Democrats did that for him when they talked about mass deportations. Now the program is over and it’s still Congress’s problem. Trump didn’t legislate a solution. Obama shouldn’t have, either. That’s where the problem started. For the time being it’s back in the House and Senate where it should be.

Remember the election threats from Democrats over whether this president can be trusted with the nuclear prerogative? They never ended, as Rep. Rick Nolan demonstrated by spreading fear after the president bluffed about destroying North Korea:

Actually, it’s time for the President himself to come to his senses with respect to the terrible threat nuclear weapons pose to the survival of the world as we know it.2

Obama stood on the sidelines and talked. Trump took advantage of the scare stories about Armageddon. He backed his threats with harsh words at the UN and more sanctions.

After an appearance at the Winter Olympics we’re suddenly hearing that Pyongyang wants to talk.

Aluminum and steel tariffs: what is this really about?

Fixing NAFTA is a campaign promise and a thorn in Trump’s side. During negotiations in Mexico City this week Ways and Means Committee Chairman Kevin Brady (R-TX) hinted at another administration bluff and a way to spur a more U.S.-friendly agreement:

Those two exclusions were part of the president’s tariff announcement.

What about the rest of the world?

Citing our $800 billion trade deficit4 the president left the door open for friends when he talked with Sweden’s Prime Minister Lofven in Washington on Tuesday:

But again, other countries we won’t have that choice, unless they can do something for us. As an example, if the European Union takes off some of the horrible barriers that make it impossible for our product to go into there, then we can start talking. Otherwise, we’re going to leave it the way it is.5

Call it flexible protectionism. Separating real friends from those who abuse trade with the U.S. is a Trump rallying cry that the White House tariff announcement cast as a national security issue. Even his own party is eager to go after the president for inciting a trade war, but it’s not as if the Obama administration didn’t recognize that unfair trade in steel is a problem. His White House announced this “major victory”6 for U.S. trade:

In 2012, the WTO found that China’s duties on high-tech steel were inconsistent with the rules, duties that contributed to over $250 million in losses for American steel exporters. President Obama challenged China on its misuse trade remedies that were harming our workers and businesses – the first time any WTO member had initiated a proceeding to challenge a claim by China.7

The difference is that Obama relied on a community of nations that isn’t very U.S.-friendly unless it needs something. The absence of protectionism and reliance on our sometime allies to watch America’s back is one of the reasons so many international problems went nowhere on his watch.

Tariffs are a Trump bluff that many won’t recognize yet because threats of a coming trade war make for better negative press. In the end NAFTA will be renegotiated. We will come to an agreement with our trading partners overseas, the hype will die down, and then we’ll move on. Trump bluffs will bring another victory few will give this president credit for.