At the beginning of the summer Attorney General Sessions announced the National Public Safety Partnership as a way to funnel even more federal crime-fighting money to violent cities. The program is a carrot for those that choose to fall in line with Trump administration policies on criminal aliens. Denying federal funds is the stick for places where big city values collide with public safety.

Spending tax dollars on sanctuary cities is finally an issue the Justice Department is willing to do something about. In places like Chicago the need for money overwhelms all other considerations, but the city stubbornly sticks to its welcoming policy on illegals.

Does public safety even matter?

When Public Safety Partnership invite letters went out last week the DOJ was very clear about who qualified and why. The lucky prospects were cities where violence was higher than the national average. Recipients had to respond to three questions about their determination to stamp out crime from aliens and their willingness to honor federal detainers.1

The Public Safety Partnership is a small part of a big picture. Twelve cities were on the list to receive letters.2 Chicago isn’t on the list, though it could be added if it was a little more accommodating to federal crime fighters.

The Windy City made the list for Edward Byrne Justice Assistance Grants in 2016.3 That’s a problem for Mayor Rahm Emanuel, who just made national headlines for announcing his attention to sue the Justice Department over Byrne grant money if Sessions makes good on his threat to enforce the law. 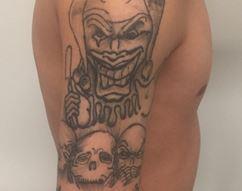 No one likes violent crime except criminals, so federal money going to battle “gun crime, drug trafficking and gang violence”4 is a big deal for cities running low on funds and committed to public safety. It’s apparently an especially big deal for Chicago, which is finally in the national spotlight for something other than shootings. Emanuel made his point. Chicago welcomes everyone, but it makes no sense to sue the government over law enforcement money to protect criminal aliens who are a risk to public safety.

Don’t expect stories of crimes committed by aliens and repeat deportees to have much impact on Emanuel and other sanctuary policy promoters. They are convinced that their stance is about values and not votes and tax revenue. In Chicago’s case the city gets a big cut on purchases like sugary soft drinks, cigarettes, and alcohol. Sales taxes are sky high. Taxes don’t know whether the person who pays them is a criminal and interests who vote for sanctuary policies don’t seem to care about the consequences as long as they get their message across. The risk to public safety is just collateral damage.

Acting Director of USCIS Tom Homan called sanctuaries “a criminal’s biggest friend”5 when he pointed out the obvious:

So rather than arresting a violent criminal in the safety, security, and privacy of a county jail, we got to go knock on a door. We got to arrest them in the community.

With Obama out of office, arrests are going up:

ICE arrests are up 37 percent since the same time period last year, charging documents issued are up 47 percent, and detainers issued are up 75 percent. Thus far in this fiscal year, through June 3, 2017, ICE has removed 155,338 aliens from the United States and repatriated them to 181 countries around the world; these are aliens who posed a danger to our national security, public safety, or the integrity of the immigration system.7

Numbers are numbers. Values are a little harder to define.

The argument that never makes sense

You are telling me that a City like New York City – which always has a risk of terrorism – has to choose between federal security funds and our history of diversity? That’s unacceptable. And, let’s remember, when you create distrust between local law enforcement and immigration communities, we are all less safe.8

So let’s get this straight. New York wants federal money for law enforcement but it doesn’t want to enforce the law because that creates distrust?

We’ve heard the trust argument from sanctuaries all across the country. If the values that cause cities to endanger public safety had any validity these cities would be the safest places in America. Why do they need all this federal money for law enforcement?