Don’t think for a moment that your life means more to a progressive Democrat than death and taxes. You work. Government takes its cut of every paycheck, the bigger the better. You retire and die. If there is enough money left over your estate gets skimmed. That’s it. We are worth a few bucks for the leftist cause. Collecting money to pay for progressive goals is the point, not the means to an end.

If you think there is idealism at play, guess again.

Congressional progressives aren’t shy about letting us know what they are after:

We cannot afford to extend tax breaks for corporations or the wealthy that cripple our ability to invest in areas that expand economic growth, like infrastructure and education. Tax reform must be done in a way that raises significant revenue, protects working families and the vulnerable, and requires corporations and the wealthy to pay a fair share.1

Trump was spot on in the first presidential debate. No matter how much we fork over in “significant revenue” and how much we spend things never get better. Schools don’t improve. Infrastructure crumbles. Health care gets worse. The working class fails to prosper. The debt keeps growing. Taxpayers are always on the hook for more revenue that won’t help anything because there are too many hands to grease and hurdles to jump over on the way to the progressive goal of a better America. 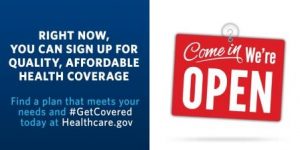 Collateral damage happens when progressive politicians get their hands on enough government to force their ideas on us. It happened during the first two years of the Obama presidency. Now skyrocketing health insurance rates are hurting individuals and employers. For all the spending we are still stuck with health care the nation can’t afford while insurance companies have a free for all at our expense.

Isn’t this what Democrats promised to put a stop to with Obamacare?

The Congressional Progressive Caucus calls its guiding principles fairness for all:

1. Fighting for economic justice and security for all;
2. Protecting and preserving our civil rights and civil liberties;
3. Promoting global peace and security; and
4. Advancing environmental protection and energy independence2

The catchphrase for economic justice is “an economy that works for all.” This leftist favorite is being used and abused by Hillary Clinton,3 who won’t tell the truth about who a progressive economy for all really works for. Collecting more money doesn’t help the middle or working classes. Progressive policies make sure that will never happen because if it does we won’t need the Democratic Party.

Civil rights and liberties? Not exactly

In the name of civil rights and liberties we created sanctuary cities that harbor criminals and condone illegal immigration. We invited refugees in and promised the country foolproof vetting when we can’t even identify the millions of foreign nationals who are already here. Ironically, voter ID laws were quashed in the name of protecting a fundamental right when knowing who and what lives here is more important than ever.

Progressives push for gun control that cuts into fundamental freedoms and liberties, but they maintain a hands-off policy towards offenders that denies where much of the violent crime comes from. Local police are on the hook as they try to do a job that will soon be a terrible career choice. Clinton talked about systemic racism during Monday’s debate and even suggested that the Feds would retrain the bias out of police officers.

That’s how the progressive goal to preserve our civil rights and liberties works in practice.

How about global peace and security?

No peace in this Middle East

Progressives wear the Middle East disaster. Clinton, Kerry, and Obama made a mess we will never be able to clean up.

Global peace and security brought us ISIS and a disastrous deal cut with Iran because our leaders lack the same force of will that made the Russians back down to Kennedy over nukes in Cuba. Instead, they settled for a bribe that will cost a lot more than the world can afford and damaged relations with Israel, one of our closest friends.

North Korea? Russia? China? Need we go on? Maybe criticizing America on the world stage and drawing a big red line in Syria we refused to honor weren’t such good ideas.

Green energy brought us the Solyndra and EPA scandals, taxes, regulation, and economic costs for the sake of progressive principles that cost too much money for hazy payoffs that go back to the vice presidency of Al Gore.

Remember the Keystone Pipeline? No one else does, either.

The most infuriating thing about the whole progressive paradigm is listening to nonstop whining for spending money with no admission of the damage done. According to the Congressional Budget Office we just exceeded last year’s budget deficit by one-third, $152 billion. Americans owe $14 trillion in debt.4

What do we have to show for it?

Every time an American dies at the hands of someone who should not have been here, progressive goals deserve the credit. Whenever a city like Chicago run by forward-looking Democrats goes broke, progressive values deserve credit. Every time there is a teachers strike, riot over a police-involved shooting, murder in a sanctuary city, layoffs because of regulation, wage laws, and federal mandates, even a bombing in Iraq, progressives deserve a nod. They will never deliver what they promise, but rest assured we are getting paid back for all the money we spend.