Was J.B. Pritzker’s toilet tax break payday legitimate? Who knows? With all that goes on in the City of Chicago we will never get a straight answer and Illinois voters will prove they don’t care. The fact that state Democrats decided to support a candidate from the 1% for allegedly doing what their party accuses wealthy Republicans of doing will not make a difference because Pritzker has promised to give Illinois more of everything, from health care to legal dope.

When you’re given everything it’s hard to look that gift horse in the eye. Just call it embracing liberal values. It helps assuage the guilt over what those values are doing to our state. 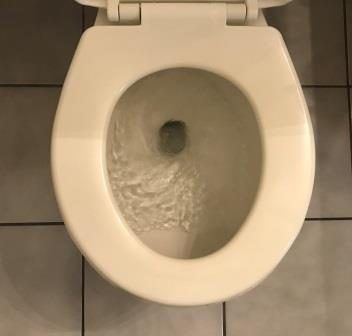 On November 6 liberal worries will swirl away

Pritzker toilet tax break is about voters, not tax law

The property tax scandal isn’t about Pritzker. It’s about Illinois voters and the stupid thing we do every time we stare a ballot box in the face.

Polls show Pritzker is up by double digits. I have little doubt he will trounce Rauner in November. Being a rich, white billionaire hasn’t hurt him one bit even though he represents everything contemporary Democrats despise.

The same goes for the property tax misstep. This isn’t about ethics or legalities. It’s about appearances and why they only matter to voters sometimes, preferably when the shoe is on the other party’s foot and ideally when that party is giving away less.

So why do we keep voting in people who hurt us, ruin our state financially, and seek the next tax hike that won’t make any difference? Not all voters with enough income to owe taxes are Republicans. They will also pay more with every tax increase that won’t help the state. That doesn’t make sense. There must be something in it for the average non-billionaire or we wouldn’t keep electing people who hurt us over and over and over.

Is it subservience to liberal values that politicians create to get elected?

Is it simple naivete about what Springfield has done to our state?

Is it slavishly digesting anti-Republican propaganda while ignoring the reality of just how bad our state’s finances are?

I banged my head against my desk until my forehead bled Republican red and never came up with an answer. Instead, in a rare moment of clarity I set these questions with no answers aside and came up with five reasons why the Pritzker toilet tax break won’t make any difference on November 6.

That should be pretty obvious by now. No matter how much Springfield hurts us we keep voting in people who are determined to destroy our state by any means necessary.

Pritzker is that liberal any means. The moment we heard about his “Illinois Cares” state health insurance option and plans for a graduated state income tax we should have packed our bags and moved to Wisconsin. We got socked with a tax hike in 2017 that will only pave the way for even higher taxes if this tax and spend enabler teams with Madigan’s legislative flunkies in Springfield.

That’s before we even start talking about property taxes.

3. Illinois is used to cheating

I have no idea whether our next governor cheated on his property taxes or not. It won’t make a difference to voters. We are so overused to this sort of thing that no one pays any attention and besides, we won’t get nearly as much free stuff if we vote for Rauner.

4. Only rich Republicans cheat the poor out of tax revenue

We’ve listened to the rich vs. poor battle staged by Democrats for so long that we have to assume every wealthy conservative American is only one step away from being indicted for cheating the middle class. The rhetoric is so pervasive that it’s probably hard for Democratic voters to apply this thinking to anyone but a Bruce Rauner or Donald Trump.

Unknown legalities aside, appearances are what matters. In an odd way repaying the toilet tax break reminds me of Trump paying hush money. Fortunately for Pritzker this is Illinois and better yet, Cook County. He’s in good hands. After all, he’s not a Republican.