“Pipeline to prison” is a slogan you are going to hear many times over the next year. What it means is that no matter how much money taxpayers give to schools, kids are going from kindergarten to the big house because we aren’t paying enough. This should be a comfort to taxpayers in Chicago who just got whacked with the largest property tax increase in city history to pay for retirement pensions, not schools, in a city begging for school funding while residents kill each other.

What do you get when you combine the prison pipeline with school spending? A political scam to justify taking more of our money. 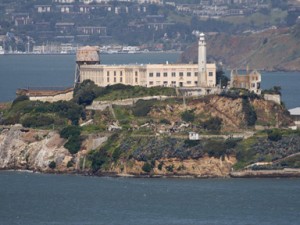 What tax increases buy for kids?1

As I’ve said repeatedly, every year, every single year, our K-12 schools suspend roughly three and a half million students, and refer a quarter of a million children to the police for arrest. If our collective goal is to end the school-to-prison pipeline, that is simply unacceptable.2

If we’re going to talk about schools, crime, and failure, there is no better place to begin than Chicago and its newest tax increase. The money is going to police and firefighter pensions, despite the hopeful tone of the October 28, 2015 press release from Mayor Rahm Emanuel’s office.3 Most important, taxpayers were assured that the ones being socked are the ones the city believes can afford to pay more.

That line of thinking defines the same gibberish coming from liberal presidential hopefuls Hillary Clinton and Bernie Sanders. The sad part is that none of this is about children. It’s about who has the money to pay for the public sector’s mistakes and to fund the same kinds of irresponsible decision making in the future.

Retirees first, school spending later or not at all

Obama’s former chief of staff and all the city council support he can muster are not going to be able to staunch the flow of children to prisons that our education secretary and president warn about. We usually think of property tax money going right to the classroom. Not in Chicago. It is spent on cottages in Wisconsin, beaches in Florida, fishing boats, and some of the other trappings of public worker retirements that 401(k) owners only dream of.

That’s not to belittle the contributions of city police and firefighters. It’s to condemn the acts of politicians who created a system where spending on pensions comes before school spending and allows public officials to keep coming back to the trough because they never have enough to make ends meet for either one.

Obama: prison “not about politics”

At the end of a week during which he made nice to police in his hometown and spoke of the inequities in our criminal justice system, the president made it clear that reform is a nonpartisan pursuit:

The problem is school funding:

I believe we can disrupt the pipeline from underfunded schools to overcrowded jails.5

Perhaps the president hedged his bets that the country isn’t overfamiliar with the truth about Illinois, where everything is about politics and where the money goes.

Figures released in June 2015 showed that Illinois claimed the number four spot in the nation for school revenue in 2013, right behind fiscal train wrecks California, New York, and Texas.6 Nationwide, per pupil spending was up 0.9%, $10,700 per student compared to the previous year.7

Like Illinois’ big 2011 income tax increase, Chicago’s tax hike isn’t going to stop up the prison pipeline Democrats are fretting over. It should be pretty obvious by now that funding schools is not a problem because of lack of money, but because of where the money handed over by taxpayers is spent.

It makes little difference in Chicago or anywhere else whether the prison pipeline and underfunded schools argument is valid. Apparently, we have no option but to put education spending on the backburner and put kids on the fast track to prison so taxpayer money can go to other necessities brokered and approved by Democrats who resist fiscal reform while complaining about underfunded schools.

Given the amount of money we already dump into schools and the inevitability of pension payments and other spending that gets in the way of education, perhaps what Chicago is doing makes the most sense. The money we could be spending on kids is never going to get to them and we are already paying the salaries and retirements of police officers. We might as well get our money’s worth and tell them to make more arrests.